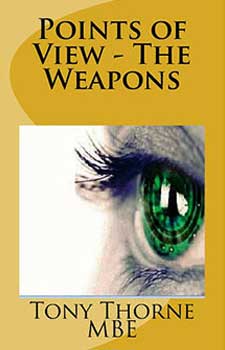 This story continues from book one and it is more action packed and detailed regarding Horace Mayberry’s amazing nanotronic eyes. He again discovers new powers using them, starting with something as simple as changing his TV channels without using the remote unit.

Terrorists steal five new nanotronic weapons developed by Professor Freeman, in his laboratory, and the VPHQ agents must recover them. The situation becomes a world game of who can get their hands on the prototypes, and operate them first.

The action occurs in places all over Europe, including New Scotland Yard in London, plus terrorist hideouts in Scotland, France, and Austria. All are connected to sinister billionaire Rudolph Beckmann who wants the prototypes at any expense, but will he succeed? You must read this book to find out.

Every chapter gets better and you just have to know what is going to happen next. What mayhem will occur, and what amazing new abilities will Horace’s new eyes give him when he needs them.

You will be blown away. Not even Horace is prepared for some of his new powers.

Now I can’t wait for book three, to find out what else Horace’s new eyes can do. There is so much I am leaving out but I don’t want to spoil things for the reader, who will not be disappointed. You will be begging for more, like I am. I’m giving this book 5 stars and thank you Tony for the chance to read your amazing book.
─ Ana Torres, reviewer, USA

POINTS OF VIEW: THE WEAPONS

Once inside New Scotland Yard they were met by an attractive young police woman who led them along a maze of corridors and into an interrogation room.

After a few moments, a tall middle-aged man appeared, followed by another woman. Regarding Horace’s heavy dark glasses cautiously, the man announced, “I’m Chief Detective Inspector Braithwaite and this is my assistant Detective Sergeant Delaney. Welcome to the Met, especially you Captain Mayberry, and congratulations on your new promotion.”

The policewoman opened a briefcase and pulled out a large envelope. She slid out a large photograph from it onto the table. Horace stared down at the picture. It showed a clear plastic box, with its lid closed. Inside it was a small closed box, with an opaque lid, two small printed circuit boards beside it, and some smaller boxes. Wires were everywhere, connecting the various items together. Corporal Jenkins gave a gasp.

“That looks to me like some kind of homemade bomb.”

Braithwaite agreed. “We believe that smaller box contains explosive material. Our Bomb Squad does have routine procedures for handling these things. However, the unusual difficulties they face in dealing with this device involves where it is located, and the way it has been fixed in position.”

“Can you tell us where that is?” asked Horace, as his apprehensive feelings began to start up.

“I’m afraid its location is a security matter, at the moment.” CDI Braithwaite stated.

“First I need to know that you can, and are, willing to assist us.” Horace zoomed his eyesight up a little and leaned directly over the picture which was slightly out of focus.

“Sorry, but I’m afraid I can’t see anything I can understand. There are all kinds of electronic bits and pieces in there, plus some funny looking whiskers coming out from some of the smaller things I can see.”

CDI Braithwaite nodded, “That’s about all we’ve noticed too…” He paused, “That’s where you come in, we want to know if there are any fingerprints inside it. The Bomb Squad chief won’t let us examine it more closely because our usual methods for locating prints can’t be used safely. There could be explosive material inside that second box which will probably detonate if anyone tries to do anything to it.”

Here it comes, thought Horace, something new for me to try, and now it is beginning to sound dangerous… 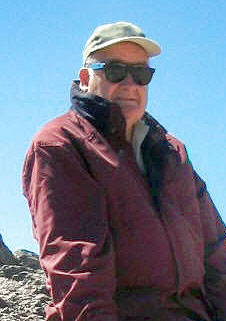