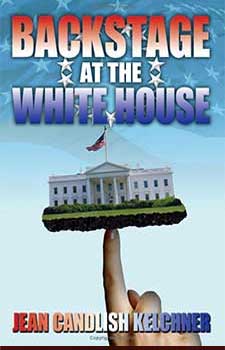 It’s undeniable that the last presidential election turned many people into political junkies. Blame it on the dramatic struggle for votes in the primaries, the accessibility of candidates through social media or the almost constant yammering of political pundits on cable news channels. Many people who followed every tick of election coverage long for the intrigue and excitement of politics—a feeling that is captured almost perfectly in Jean Candlish Kelchner’s Backstage at the White House.
On the surface, Stacey Lea Forbes is the ideal first lady to Goodman Palmer Forbes, the nation’s popular president. Behind the scenes, however, Forbes is a tantrum-prone tyrant, and Stacey is unhappy. When a luncheon for one of Stacey’s causes takes a turn for the worse, the President has a fit that sends the First Lady home to Mississippi. There, she begins to uncover a conspiracy to keep women out of politics and power. With the help of a few well-placed female friends, Stacey finds a new cause—to get a woman into a position of real power in the White House.
Balancing social commentary and satire, Kelchner weaves this tale with an ear for history and politics. Nowhere is this clearer than when a discussion by Stacey and her friends references the prominence of the rose as a symbol in British history, General William Sherman, the Lysistrata by Aristophanes, and Immanuel Kant in the span of a page.
This makes Backstage a dishy, fun read into the glittery world of Washington politerati: the beehive of White House offices, the elegant luncheons, and the boudoirs where desire and control are sometimes indistinguishable.This is a fascinating novel, sure to keep readers longing for a sequel and political junkies counting down to the next election.
~ Katerie Prior
ForeWord CLARION Reviews.

BACKSTAGE AT THE WHITEHOUSE

Randal looked out the window at the busy street alive with anticipation of the day’s historic event.  Yesterday’s snowstorm had disappeared and the sun was shining, a good omen.  Yes, but the sun was bright on the snow, and she knew she would squint.  She smiled, thinking that a man would never have thought of that.

Our minds do work differently, but then, that had been the major thrust of the campaign—that difference.  They’d had their chance, eons of it, and the country, like the world, was one big mess.  Now, it was their time; it was time for a woman to clean house.  She didn’t mind the analogy; she was a woman and that’s what women do.
Randal’s thoughts again drifted to the glistening outdoors.  People want to see you; they have a right to see you, Aunt Stace had advised—no sunglasses and no floppy brims.  She loved sunglasses!  They were such good places to hide, especially from those intrusive cameras that always hounded her.  She’d have worn them to her father’s funeral, no matter what Aunt Stace might have said, but there had been no sun to excuse them; it had rained that day.
She sighed, regretting that her father was not here to see this day.  He had known the likely outcome for he’d died only two days before elections, his heart no longer heeding his will.  Still, it seemed unfair that he had not seen the dream realized.  A tear slid down her cheek, and Eli.  “Oh, Eli,” she whispered softly, “I hope you know how much I miss you, that I’d chuck it all for just one more night with you!”
Well, that was dramatic!  She exclaimed to herself, wondering where such a declaration had popped from as she got herself back on course.
Yes, Eli would always be a regret; there wasn’t a day that she didn’t think of him, but she knew she wouldn’t change a thing.  It’s simply an irrefutable fact that one can’t have it all, and she had made her choice a long time ago.  She couldn’t imagine herself a professor’s wife on some vine-covered campus.  No, she liked where she was and she’d worked hard to get here.
Randal sighed as she picked up the small Moroccan leather bound book that she would carry with her today.  “My God,” she chuckled, “if the whole story of those early days was only known, she knew it’d make a first-rate best-seller! 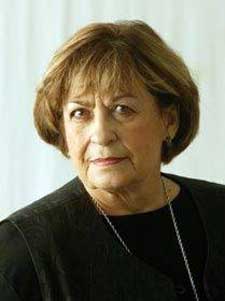 Through the experiences of her strong female protagonists, she coaxes readers along their own paths of self-discovery.

From career women forced to forge new identities in the face of crumbling personal lives, to a President’s wife who uncovers a conspiracy to keep women out of power, her characters stick with you from the first page well beyond the back cover.

Ms. Kelchner holds a Master’s Degree in Liberal Arts and has taught both English and Humanities at the university level.

She has published a total of four books since switching careers to pursue her passion for writing: ‘What About Me?’, ‘Backstage at the White House,’ ‘Assignment: Trophy Art,’ and ‘Daughters of Eve, a Herstory Book,’ which imagines the memoirs of five ancient women.

A Southern belle at heart, she now lives in New Jersey and is a sought-after speaker on the subject of braving uncertainty and ‘becoming what you can be.’