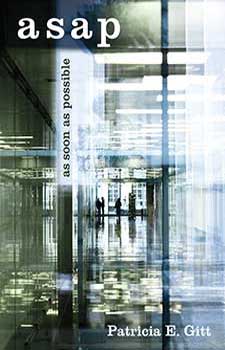 ASAP is one of the most enjoyable, page turning mysteries involving a strong, brilliant woman struggling to “have it all” that I have ever read.

It involves a woman, business founder, Suzanne Moss, with a competitive husband and two preteen children who is trying to save her multimillion dollar technological company, Secure Homes, from having its latest invention that can revolutionize the medical industry, from being stolen.

Mysterious people emerge from the past with information she never knew anyone else was aware of. She and her devoted partner Brad work together traveling the world into dangerous territories trying to save the business.

With the help of Brad, a mysterious stranger Smitty, and Brad’s network of cohorts plus the support of her devoted best friends who attempt to help her straighten out her personal life, Suzanne manages to overcome the hurdles preventing her enjoying her career and her family.

I very much identified with Suzanne who epitomizes the struggles of many career women today as did many of my friends who read the book.

I would welcome more books from this author.

ASAP – AS SOON AS POSSIBLE

Pushing open the glass door of the coffee shop at 7:30 am, Suzanne entered and paused to look around. She saw a dozen people scattered among the restaurant’s thirty tables. In one corner, away from the other early morning patrons, sat a man in a tweedy sports jacket and a dark turtleneck. Catching her eye, he smiled and, with a cryptic wave, signaled for her to join him.

So our mystery man looks like a gumshoe, she thought, as she walked toward the unpopulated corner of the turquoise and pink Formica room. Above the booth were a series of paintings of scenes from Ancient Greece.  Your typical coffee shop decor, she thought, as she slid into the vinyl booth opposite the stranger.

“Mr.?” she ventured.
“Smith,” he answered, clearly amused by her questioning him again about his name.
A waitress, in a black dress and a tired white apron, wearing an equally tired expression approached. “What can I get ya’ folks?”
“Coffee and lightly toasted rye bread, no butter please,” Suzanne replied.
“Toasted bagel with lots of cream cheese.  Coffee and a large glass of OJ,” the man said in the voice of a streetwise New Yorker.

Suzanne was surprised to find herself confidence restored. This toughened man with large ham-like hands wasn’t threatening. Even with his bull-dog’s face with heavy folds and a pushed in nose. It was a face that had been rearranged some time after his birth.
“Should I know you?” Suzanne began, trying all she could to keep an open mind.
“Nope. I’m one of those background people.”
“A private investigator?”
“Sort of. My line of work is catching the bad guys. A recent source of mine told me about plans for a major tech theft. Your firm was included on the order list.”
That caught her attention. “Are you sure?  I’m in home security systems. Nothing of national importance.”
“Security, with a focus on miniaturized, easy-to-hide technology.”

Shifting in her seat, Suzanne felt uncomfortably hot. Removing her suit jacket, she played for time by neatly folding it and setting it on the seat beside her. “This list…did it tell you what items were being ordered?”
“Yes. Miniaturized circuitry.”

He was looking at her from under hooded eyes. She felt like a bug under a microscope.  “I see. You called me just to do me a favor?  Or is there something you want of me?”

Sitting back in his seat, the man’s expression softened and, when he spoke, his voice had a gentler tone. “The people I work for are interested in the overseas black market and a particular ring that has been trading in some highly technical stuff. You could help me get to the buyers without tipping our hand.”
“The microcircuit on this list, are you sure it’s ours? The ones we make are widely available.  Why plan to steal one when you can buy it like anyone else?”

Suzanne was hoping that this ring hadn’t heard about the health station. It was more compact than commercial systems because of their miniaturized circuitry. No one in the company outside a very small group even knew how they were able to reduce the components to fit into the space of a large suitcase. If the health station was on this list, the company had a major problem. The original Secure Homes microcircuit had been on the market for over six years. The unique design facilitated the building of all kinds of compact computerized control systems used in everything from scientific research to communications, even manufacturing. It allowed the manufacturers to build equipment that took less space, was easier to install, and cheaper to make… 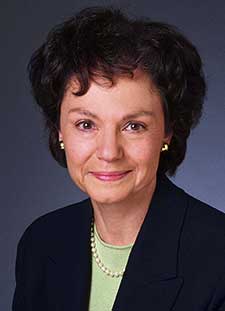 Patricia E. Gitt is enjoying her second career as an author of novels featuring business women balancing dynamic careers with their private responsibilities. Raised in Kings Point, New York, she earned her BS degree from the University of Vermont and an MBA from Fordham. She is a former Chapter President of American Women in Radio and Television and was listed in editions of “Who’s Who of American Women”, “Who’s Who in Finance and Industry”, and “Who’s Who in Professional and Executive Women.”

Having had a successful career in public relations, during which she worked with business leaders in finance, healthcare, fashion and pharmaceutical industries, she met many of the outstanding business women of our time.

She says, “I wanted to read novels featuring their strength, the qualities that made them successful in the corporate men’s club, and how women balanced their dynamic careers with their private lives. With today’s fiction featuring women as detectives, physicians, attorneys, magazine editors, I missed the passion and excitement that women I knew brought to their business careers.”

She is the author of CEO, a story of how one woman reorganized an international but staid industrial corporation, building it into a new level of profitability for the coming decade, while fighting one man who felt she stole his job. The novel asks whether being the chief executive officer empowers the woman, or does being a woman empower the CEO.

Patricia is currently working on a third novel, TBD-to be determined in which her heroine is thwarted by her boss, a paranoid older woman. Already stressed, Katherine is suddenly called on to assist the company’s chief executive in his efforts to quietly track down the blackmailer who forced one of his trusted staff to embezzle company funds. The company’s founder swears her to secrecy and instructs her not to use any of the company’s computers, phones or printers, for fear of leaks. Katherine is also instructed to keep any and all information about the assignment from her boss. As the race is on to identify the blackmailer and restore the funds heightens, Katherine becomes part of the investigative team and moves even further into conflict with her boss. Will she survive? Will she finally get out from under her boss? These questions, and more, are yet To Be Determined.