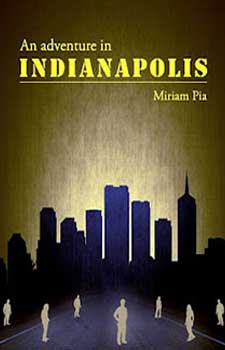 An Adventure in Indianapolis is about criminal activity, but does not fall into the traditional ‘murder mystery’ story.

The story is about a crime problem in Middle America, and how it is resolved. It is ‘Americentric’ and shows much of the culture, while having an open sense of humor about conditions in the USA. The nation is neither idealized nor villainized in the novel.

There is the simple question of whether or not the solution to the problem is or is not acceptable.

Fans of crime fiction will love this story, so will the fans of magical realism – there is some magic in the story; some of it is religious and some is not. Fantasy fans: some may like the magic in the tale, even though for fantasy fans there is hardly any magic in it at all.

The author views the unethical aspects of the crime-solving methods used in the novel as “law enforcement fantasizing” and with a sense of humor.

It is more meant as a joke than an argument in favor of government corruption, but it also brings in some acceptance: that there are times when unconventional solutions may be best.

AN ADVENTURE IN INDIANAPOLIS

Welcome to the Circle City; crossroads of the Midwest. A major goal was to stop being a place that New Yorkers laughed at. Finally this had happened. The new Mayor was Jason Boggs. He was the city’s record youngest municipal leader at the ripe old age of 32.

Mayor Boggs had found the debriefings he received from the local law enforcement agencies to be sobering at best and rather disheartening. He told himself in the office after hearing over an hour about some of the local semi-organized crime, “It’ a good thing I was born cynical or I would be incredibly depressed after that.”

Jason had managed to get elected because he was an innovative leader with a combination of intense drive, profound kind heartedness, was very clever and able to handle subtlety. A local law enforcement leader had just informed him that he suspected that they had a cocaine dealer in the area who was moving goods at the international level and doing possibly up to a billion dollars of business in a year.

The worst part about cocaine traffickers, was that once they ‘went big’ they tended to have more firearms than some of the smaller time dealers, and they tended to be slick, and they often had a lot of ‘respectable’ customers.
Jason thought about it.

Yuppies living in his own city’s cherished condominiums dressing professionally and working decent jobs were equally or more liable to be supporting this villain than the blue collar working class. The other thing about cocaine is that like credit cards, most poor people cannot afford it.

He determined that because of all this, he wanted to get rid of the villain as quietly and subtly as the customers made the most of the available drugs.

He had a long think in his office and then played 4 hours of video games in a row at home that night before finally falling into a fitful slumber. He muttered as he tossed and turned, “get rid of them”…”don’t make a scene”…”no, it’s not okay actually”…”the police”…”voters”…eventually he drifted off to sleep.

The next morning, Jason Boggs woke up and wrote briefly in a notebook that he kept by his bed. Then he went through the normal waking and dressing routines and set out to help his fair city once again.

He breathed cheerfully and deeply into the fresh morning air because, dear readers, he had a plan to tackle this beast of a local problem. 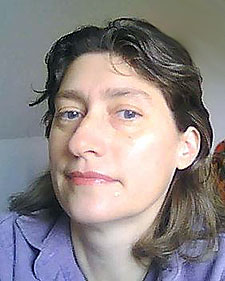 Miriam Pia is an international mother, currently in Phase 3 of raising a dual citizen. Now in his 2nd ‘home country.’ This makes his mother ‘the foreigner’.

Creative, and passionate, Miriam is a philosopheress – having been trained to Master’s level but stuck with the Postgraduate Diploma at what was the Western world’s greatest philosophy department at the time. She believes it was mostly politics but tries to take it the way Reicher took it when he chose to stay under Captain Picard instead of getting his own ship.

This is the first published novel, but more books – both novels and the first philosophy book are on the way.

Due to ‘professionalisation’ – Miriam bothered to get a Certificate of Competence from the English Writer’s Bureau because she did not take a degree in journalism, communications or the MFA- writing. That’s the real reason.

Uranian Fiction is the name of the website and an umbrella term for all the fiction she produces: a member of Gen X defined by nuclear armament and the Cold War policy of MAD [mutually assured destruction] it is nice that most of us are still alive and dismantling the nuclear warheads.