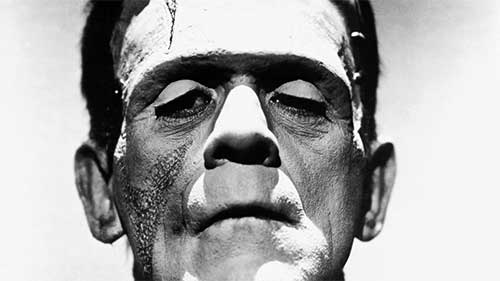 When I started as a writer, I wrote fantasy stories—and usually the heroic type. I still like the sub-genre.

There are too many quality writers to cover any reasonable percentage, and many are associated with small independent presses. Horror movies also have had great representatives over the years. Again, too many to mention.

Some perceive the term ‘horror’ in a poor light because it is not well defined, and in our society, it has been loosely associated with the more ‘tropish’ dimensions of dark fiction. People think of the Frankenstein and Dracula franchises, The Mummy, The Texas Chainsaw Massacre, and Nightmare on Elm Street. Zombies. Lots of zombies. Ghosts.

And you know what? Yes, they are all horror stories. And so is Alien, Predator, Stephen King’s It, Rosemary’s Baby, and a whole bunch of other stories that may fall within the perceived trope, or not—not by a long shot. Are all of these stories horror? In many cases, my answer is ‘yes,’ but it must fall within a defined space that people can be comfortable with, not just geekishly pigeon-holed.

The key ingredient of horror is that it places the reader in a very uncomfortable place—Clive Barker aptly states, “[Horror fiction] shows us that the control we believe we have is purely illusory and that every moment we teeter on chaos and oblivion.” (Introduction by Barker, London, 29 June 1986. (i) Scared Stiff by Ramsey Campbell, 1986 (ii) Clive Barker’s Shadows in Eden.

Thanks to the fine horror writer, John Claude Smith, for the quotation). If a story as a whole can’t instill this in the reader, it isn’t horror.

If a tale can, even if it isn’t speculative, it most definitely is horror. It would be rare for a comedy or humorous piece to be horror under this definition, even if it has vampires and mummies. Most young adult fiction with ‘sparkling vampires’ doesn’t instill horror—they are focused on romance, light intrigue, and sexual growth.

Frankenstein; or, The Modern Prometheus, is a science fiction written in the early nineteenth century—consistent with the era’s understanding of science. It is also an alarming piece, deserving of the label ‘horror.’ Dracula is a contemporary fantasy written in the late nineteenth century, which is also disturbing and terrifying in style: horror and fantasy.

Alien is a quality science fiction flick with some of the best sequences of terror and disquiet in any cinema piece produced: science fiction and horror. Murder mysteries and thrillers can also be defined as horror if crafted well to terrify or disturb (such as Hannibal).

The major reason why it is important to dissect genre fiction and define its components—and the whole—well, is that it helps writers understand their craft better and, hopefully, write better. For example, those new to horror may feel they need to stick to the tropes—the hardcore backdrops of horror—such as the vampires, zombies, and black lagoon creatures.

They may feel that to write horror, they need to have lots of descriptive blood and guts scenes, pain, torture, and suffering.

This isn’t the case. Horror isn’t exclusively concerned with terrifying readers and viewers—it can easily be confined to disturbing so deeply that there is no need for the terrifying, for the words, as the tale progresses, to pull at the discomfort chords in one’s being. When the story ends, one wipes one’s brow and states, “My, that was an amazing story.

Creepy, really got to me.” And it is possible that there wasn’t a drop of bloodshed, not a single scream emanating from someone’s lips. I think of much of Kaaron Warren’s writing (Sky, for example) when I ponder ‘closet horror’ stories.

This is not to say that bloodless or painless stories are inferior to horror stories that aren’t. On the contrary, the best writers can inject whatever is needed to craft a tale that works as an effective horror story.

The trick is to pitch each element just right. There is no set of rules for this; it comes with reading and writing dark fiction. It depends on the power the author has over words to create a sense of dread and fright seamlessly in the narrative and dialogue.

Writing is a passion of mine, and I strive for power over words. I particularly love harnessing this dynamic to take readers to places they haven’t been before (or at least try). That is why I like speculative fiction, as it more easily enables the pushing of boundaries while still delighting with the ‘what ifs.’

Dark fiction—horror—is a robust style within this space, which is why I visit this shadowy place often.
I hope you do too.

Clara Freeman Aug 5, 2012 5
I'm a great believer in getting and writing the story. I view my writing as 25% "Citizen Journalism", where I'm…
Psychology