I believe there’s a universal mind that writers tap into when they create a novel or screenplay. This is why books and movies may have a similar idea or subject.

Sometimes it’s done on purpose like in the case of vampire novels. The public’s interest in a subject can inspire writers to create works for that popular genre. 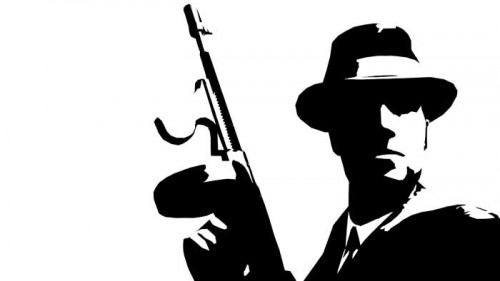 In my case, I wrote Night Jazz,  Night Glitter, and Night Caps about the late 1920s and 1930s because I have always been fascinated by those times from the fashions to the gangsters.

I’m in good company with authors like Jacqueline Winspear, Sophie Kinsella, and Robert Clark as well as popular films like Public Enemies with Johnny Depp, The Untouchables, and Bonnie and Clyde

, which have also tapped into this period.  I understand a new cable TV series of the era is about to be released as well.

Gangsters, their satin-clothed molls, and bootleg gin have always excited the public’s imagination. Images of men wielding Tommy guns, riding on the sideboards of black sedans as bullets whiz by will always fascinate audiences and readers.

I believe it’s because there’s a strong link between romantic passion and danger. And women respond to the dazzling clothes, the tuxedo-clad men, and the idea that a bootleg cocktail will taste as delicious as it looks.

Stir in bullet-proof sex, an era exploding with new technology, and you’ve got a realistic backdrop of emerging cities, hard times, and passion, a chemical compound that is hard to resist.

So what inspires you?