Like most writers, I’ve written the beginnings of a few books that have gone nowhere. I have zero interest in pursuing them.

On the other hand, for various reasons, the books I did write took hold of my imagination and didn’t let go until they were completed. 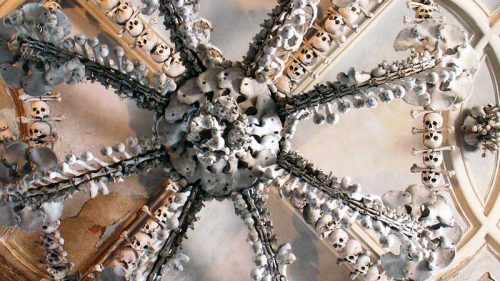 For example, A Spark of Heavenly Fire

came about because of a Washington Irving quote: “There is in every true woman’s heart a spark of heavenly fire, which lies dormant in the broad daylight of prosperity, but which kindles up, and beams and blazes in the dark hour of adversity.”

I loved the idea of a woman who felt half-dead when everyone else was doing well, but in a time of dying, she came to life. Since I didn’t want to do a war story, I created a plague — the red death. I had fun with that, and the story so captured my imagination that I had no choice but to pursue it.

Here are a few inspirations other authors. The comments are taken from interviews posted at Pat Bertram Introduces . . .

From an interview of Rod Marsden, Author of “Disco Evil” and “Ghost Dance”
I was inspired to write Disco Evil because I believe everyone deserves a fair go and that people who go out of their way to be nasty to others really do build up bad karma for themselves. I happen to like quest/adventures stories so that’s how Ghost Dance came about. Two of the women in Ghost Dance are based on certain stand-up and be counted sort of ladies I know and love in real life.

From an interview of Malcolm R. Campbell, Author of “Sarabande”
“The Sun Singer” is about a young man’s solar journey. I wanted to look at the other side of the coin, so to speak, and write about the lunar-oriented ordeals of a young woman. Sarabande, my protagonist first appeared in “The Sun Singer.” However, I have written her story so that it can be read as a standalone novel, a woman’s story that could be whole in and of itself.

From an interview of J J Dare, Author of False Positive and False World
I was inspired to write about hidden government agendas and their devastating aftereffects when I thought about why we, as a nation, involve our resources in other nations’ conflicts. My biggest inspiration: the eternal, What if?

From an interview of Joylene Nowell Butler, Author of “Broken but not Dead”
Honestly, one day it occurred to me that there weren’t enough stories about fantastic 50-year-old women. I wasn’t quite 50 but decided that while it might be nice to be young and beautiful like Cheryl Ladd and all those other famous ladies from my era, there’s nothing quite like the wisdom and empowerment that comes with age.

From an interview of Mickey Hoffman, Author of “Deadly Traffic”
I was inspired to write the book after reading some nonfiction books about contemporary domestic slavery and human trafficking.

From an interview of Sheila Deeth, Author of “Flower Child”

Actually, it was a writing competition at our local writing group. The prompt was to write a short piece inspired by music, and I had John Denver’s Rhymes and Reasons spinning around in my head — For the children and the flowers / Are my sisters and my brothers… I found myself putting a childhood misunderstanding together with my adult experience.