Revenge can be a double edges sword. Just how far will someone go obtain their ultimate goal and get what they want? Ben Lyons could not catch a simple break. Cards, gambling and the fights consumed his every breath and life.

One game would cost him more than just the winnings he never saw. It would cost him more than the girlfriend who could not stand by him any more. It would be more painful then the beating he took from the men who wanted their money for their boss. A brief encounter with a rich woman would change it all. But, how and why?  Time of the Season by author William Butler will answer these questions and many more. How far down will someone go to get what he thinks he wants and how many will pay as a result?

One friend got him caught up in a card game and like drugs or alcohol he became addicted to the deck. Rather than recoup his loses and move on Ben Lyons gets drunk and drinks away his sorrows. Then, a short note from a rich woman named Lauren Tinsdale would hook him into a whole other realm. But, his mind hurt and his world felt shut off as his thoughts wandered to his girlfriend, Gina who left him. The short note intrigued him and he thought he had nothing more to lose, so he went for it. That is lunch. Lauren Tinsdale was a conniving and manipulating woman that men fell for and never looked back. Her motive and wanting to meet Ben was definitely not business she had a whole other agenda in mind. A woman that required special services and Ben was not into what she planned until he was. Lauren was tough, convincing and managed to convince him to take a job as her personal driver and anything else she needed. The perks as you might wonder: debts paid, tons of money and access to Lauren.  Loan sharks after him and Gina gone Ben was an emotional train wreck and rather than look at things rationally, he allowed himself to drink away his thoughts into oblivion and then turn to Lauren for the rest. Ben lost control of more than just his life. He and Lauren met and wound up in bed and the rest you can figure out for yourself. 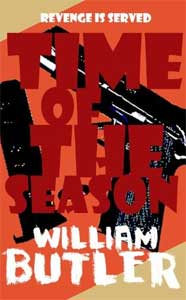 Hired as her driver and extra curricular activities he now had more than just a lucrative job for her husband, Freddy, The Beef, Tinsdale. Accepting the job was his first wrong move and considering Freddy as a friend the other. Thinking about Lauren seemed to make it all worthwhile. The end result remains to be seen, as Lauren would reveal her ultimate goal and the perfect ending for them both. But, what it?

Gambling seemed to control Ben as well as cards and the fights. Ben was a fighter but the end result of one fight made him turn his back on it for good. Ben seemed to always be apologizing for his mistakes and inactions. As a former boxer he should have been more aggressive and able to handle difficult situations. Lauren was so caught up in Ben she even consents to have him drive her to watch a fight to please him and his interests once again proving that she was in control but did he realize it?

Then something changed one evening and things began to take a downward spiral as Lauren claimed several men that wanted to rape kidnapped her and hurt her hoping Ben would come in light a knight in shining armor and rescue her to safety. When he did come to her aid and wanted to talk she refused and became hostile. But, there is much more. Just who Freddy is and what are his real connections should have deterred him and caused him to take a quick trip anywhere away from this man. But, once under Freddy’s wing you ability to escape was never in question it did not exist. Lauren had her own motive for wanting Ben in her life. Claiming that she wanted to rid her husband of a large sum of money and then they could be together seemed to draw Ben in more. Asking Ben to come to a fight and then getting caught up in it as a fighter not what he expected. Putting on the gloves and the end result quite startling. Ben snapped. The end result was that Freddy wanted more and the upshot of the fight and the result was he would not be what many would call Freddy’s enforcer. First task or trial run was to get back a large sum of money owed to him but when Ben finds out whom the loaner was he has to think fast and hope he does not get caught.

Planning their escape and waiting for Lauren at the airport proved surprising, as she does not show up. What happens next will definitely and hopefully teach many men some serious lessons. Just how far will one woman go to get what she wants? Just how gullible is one man or blinded not see through the maze of deceit? Just why and how their meeting took place you have to learn for yourself? Just why and how he was manipulated by so many and did not see it greed, lust or just plain blindsided by a pro. The end result will definitely surprise the reader in some respects and in others you might say too many lives were lost and some sacrificed to appease one man and his power and another to escape with his life. Just what happens and who lives to tell it another day remains within the pages of Time Of Season by William Butler and this reviewer who will not reveal the double sword ending with a wild twist of fate. Sometimes people come into our lives for our own good and sometimes when the radar goes off or the sirens blare you need to escape before they come too close and you cannot hear or see anything at all.

Fast paced, surprises on every page and definitely quite graphic in language and descriptions of many scenes but it fits the plot and would detract from the story as the characters are colorful, crafty, some smart and others caught in a web of lies and deceit. Just why Ben was told about the card game and who told him might surprise the reader. What happens that might teach many people lessons in life about friendship, loyalty, trust and how powerful the almighty dollar is when you earn it on your own, should be learned after reading this outstanding novel.

I give this book: FIVE WINS!

Review: Maggie Vaults Over the Moon