How much of yourself is hidden in the characters of your book?

Freud thought every role in a dream was played by the dreamer, and in a way, that’s the way my books are. The emotions the characters feel are mine since I can only write what I feel, and their personal problems are ones I’ve grappled with. 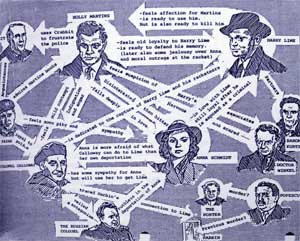 In the writing, though, the characters become more than I ever was as they develop in response to the needs of the story. Kate from A Spark of Heavenly Fire is the most like me, maybe because she was the first character I created.

Here are some other authors’ responses to the question about much of themselves are hidden in their characters. The comments are taken from interviews posted at Pat Bertram Introduces . . .

From an interview with A. F. Stewart, Author of Once Upon a Dark and Eerie

I really hope there is very little of me in my characters since many of them tend to be immoral, vicious, bloodthirsty killers, or unwise enough to get themselves into situations where they are maimed or killed. Well, maybe they share my odd sense of humour.

From an interview with Debra Purdy Kong, Author of “The Opposite of Dark”

When I first began writing about Casey several years ago, I think we had more in common than we do now. Like Casey, I wasn’t interested in marriage, I was studying criminology, and my parents were divorced. However, I’ve grown older while Casey’s stayed young so our interests and concerns are quite different. She’s still building her career attending school and looking for love. I’ve been there, done that, so I look at her from a different perspective and see almost nothing of myself in her now.

There are elements of myself in both heroines, but yet they are stronger than I think I could ever be. The journalist, Lee, lives with my recurring nightmare and my affinity with the Holocaust. I have often said, “I am a Gentile with a Jewish soul.” The pianist, Grace, reflects my more naive, pollyanna side. And yet, the one time I headed into the Rwandan conflict that proved the UN’s promise of “never again” would the world tolerate another genocide to be an outright lie, I went with complete faith, like Grace, that I was protected from harm.

From an interview with J J Dare, Author of False Positive and False World

The aggressive part of my passive/aggressive personality is turned loose in the books. I can let myself go through my characters; I can destroy without regret, lie with a straight face and a cold heart, and generally, get away with murder.

Matilda is a lot like me in some respects. Her fierce devotion and the way she makes up for those she loves are totally me. Oddly enough, some of the aspects of Wil’s personality come from me as well. Mostly, he and Marc mirror aspects of my husband’s personality.

So, how much of yourself is hidden in the characters in your book?