Appearances should not matter but tell that to a young child who was born with a handicap. Children can be cruel and adults even more because they are the ones who teach their children acceptance, tolerance and how to understand the differences we should embrace in people.

But, one little girl named Matica would teach a whole tribe of Indians in Peru many lessons before all is said and done. Imagine being over 10 years old and never growing over the height of a two year old. Imagine how a child would feel if her brother’s height was much taller and the rest of the children in her village or tribe did not accept her or play with her. Imagine the life of loneliness that this young child would have. 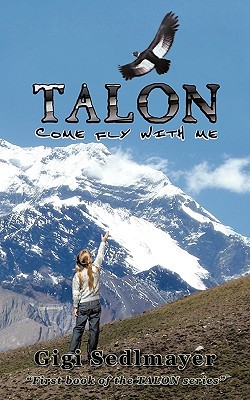 Parents make a difference in the life children and Mira and Crayn are exceptional. Matica was bright, inquisitive and definitely different than most children almost ten years old. Although her growth hormones were not working correctly and her growth spurts were definitely stagnated, she manages to endear herself into the hearts of readers because of her kind heart, intelligent attitude and caring manner.

Two condors, Tamo and Timo are her best friends. The place where she lives is plagued with poaches hoping to steal the eggs of the condors and sell them to the zoo. Just how she befriends them and how they met is quite heartwarming as she learns to accept them for who and what they are, bring them food along with her younger brother Aiken and begin a journey that she hopes will bring her a place in the community where she lives.

Her brother has been accepted because he has been deemed or labeled “Normal.” She is very short in stature and has been labeled odd or different and the Indians will not allow her to play or interact with their children. When the threat of total extinction for these two condors she named Timo and Tama, she goes on a quest to find a way to protect their egg and keep it safe. Throughout each chapter author Gisela Sedlmayer gives the reader information about the condors, their lifestyle, habits and much more. Matica is very curious about why the condors are endangered and her father patiently explains the many reasons why they need protection from the poachers when she comes up with a clever idea that just might save them.

The author has overcome many difficulties in her own life and has learned to accept her own limitations. This book brings to light how one young child learns to deal with being different, shunned by her own community, not accepted because of her lack of height but has the love and support of her parents and brother to keep her strong and guide her.

Everything and everyone has an advantage says her mother. Everyone does have a purpose in life and she would learn that really soon. Her father really shows his love for her when he agrees to meet Tamo. But, when her father goes with her to meet the condor they come in contact with the poachers too. So, would the condor understand that she wants to help him and give Matica the egg to protect from harm and the poachers? Would one young child be able to save it? As they see the poachers and hear the screams of the condors what will the end result be and will Matica be able to put her plan into action? Leaving the egg in a tight spot between some boulders on the plateau will she be able to get it and keep it until it hatches? What will happen when it does?

The chase is on as the poachers grab the egg and how it winds up between the boulders and what these two condors do you wont’ believe. Watching them all the way was Matica and her father never giving up on Tamo and Tima’s success of persistence to keep their egg and soon to be born child they hope. Telling her mother and brother of their adventure and hoping that Tamo would give her the egg the following day.  Retrieving the egg and bringing it home was exciting for Matica. The Indians were still afraid of these huge birds whenever they flew over their community. But perceptions change the air of hostility warms up and the Indians decide to try and help Matica care for the eggs. Relating the story of how she befriended them in school and having everyone listen to her would be the first step to possible acceptance.

What happens will forever endear you to Matica and prove that sometimes could things come unexpectedly as she makes a new friend named Amos. A trip to Australia was what awaited Matica and her family and hoping the young chick would hatch even more important. Talon would be his name and smart he was. Understanding her words as his father does and growing at a rapid speed he soon became her best friend and Matica cared for him with the help of her family and the excitement of her community.

One persistent and smart condor that decided he too wanted to go to school. But, then the Poachers returned. Talon had to learn to fly and it would take many tries and much patience on not only Matica and her family’s part but his parents too. Read how he struggles, whether the Indians rally round to encourage him and whether Crayn will renew his love for the condors and for Talon. Appearances often change hwo someone feels about a person and in this case one special and precious Talon who did not stay handsome and cute for very long. But, what difference does that make if he has other attributes that make him unique and different. Besides, he’s a typical kid/condor with a definite mind of his own. Just what this means I won’t reveal as you have to find out for yourself. What happens that places on condor in danger and will he be saved will definitely surprise the reader. But, what happens at the end you will not expect as Matica learns the true meaning of the word Advantage and what hers is in relation to her life and how things turned out.

What will happen to the condors and what special thing can she do and no one else? How does this happen and why? Read Talon Come Fly With Me and find out for yourself. Acceptance, kindness, loyalty, friendship, understanding and kindness are just some of the life lessons children and adults can learn from reading this book. Great for character education, younger readers and definitely a great resource to teach children about caring for a pet, understanding condors and how they survive and realizing that one little girl named Matica is quite special even though she is not very tall in height she is definitely tall as a person in many other ways. Let’s hope the author brings back Talon, Tima, Tamo, Matica and everyone else for another adventure. This is the author’s debut novel and it is definitely worth the read.