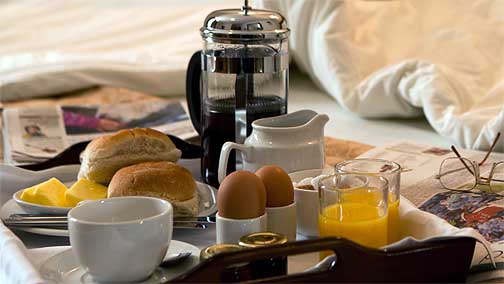 A Facebook friend recently posted an anecdote that I can’t get out of my mind: A man-made wife toast on their anniversary, and she got upset.

“For 50 years,” she said, “you have given me the end pieces and I am sick of it. I hate the end piece!” The man was stunned by her outburst and quietly responded, “But that is my favorite piece.”

Everyone who commented on the anecdote thought it was a sweet story, but all I could see was the horror of fifty years of misunderstanding. In fifty years, she never once told him she hated the end piece?

Never once, when she got upset at him for some other hurt, did she bring up the matter of the toast? Never once did he bother to find out what she liked? Never once did he watch her make toast and see that she didn’t fix the end piece for herself?

This anecdote does not portray a loving relationship. She is long-suffering and uncommunicative, unable to find a way to express her wants until the frustration overwhelms her and she bursts out in anger.

It’s even possible the problem isn’t the end piece at all — if the only thing he does for their anniversary is make her toast, then maybe she is upset at the lack of flowers or gifts or a meal in a nice restaurant, and mentioning the toast was simply a way of letting him know she wasn’t happy.

He, on the other hand, is self-absorbed and arrogant, assuming that just because he likes something, so does she. He also seems smug in his belief that by giving her his favorite piece he is doing something loving, when in fact he is disregarding her by not considering her wishes.

Somewhere along the line, every new couple runs into such a situation, where one repeatedly does something the other doesn’t like, and so they compare notes about likes and dislikes and the expectations each has of the other. Something as simple as toast preferences should have been mentioned long before it became an emotional issue.

If a couple can’t find a way around this sort of misunderstanding in the first few years of being together, then their problems run much deeper than who likes what piece of toast.

On the other hand, loving or not, apparently they deserve each other, and maybe that’s what kept them together all those years.

This anecdote illustrates one other thing — the value of showing rather than telling. If this anecdote were developed into a scene as part of a story, it would be a great way of showing the problems of the couple’s relationship rather than simply saying that they misunderstood each other.

Or it could be an example of how much he loved her, as the anecdote was meant to be. That’s the beauty of showing — the writer merely presents the story. Readers interpret it through their own experiences, deciding whether it is a horror story or a sweet tale, and hence make the story their own.