‘Literary’ fiction doesn’t sell – Readers don’t like clever and lyrical work, they just want to be entertained – People have short attention spans, start with a ‘bang’.

If you write, then the chances are that you’ve heard one or two of those pearls of wisdom bouncing around. I was told to remove a section of the prologue from my debut crime fiction novel ‘BiteMarks’ on the basis that the ‘literary elements will put people off. In fact, I was initially told to ditch the prologue altogether, since ‘people don’t like them’. 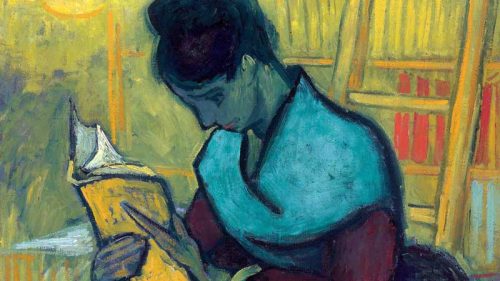 So what are your thoughts? Can we judge literary tastes by the contents of the bookshelves in Tesco, should writers who are serious about having a writing career be ignoring what makes their work unique and concentrating on writing to a formula? Is literature about pounds and pence?

I hope not, but I’m interested in your opinion on the following sections; the first is the original prologue from BiteMarks, the section afterward is a sample of where I was urged to start the book. In the end, I settled for a shorter prologue and reordered the first chapter, but a little bit of me wishes that I hadn’t.

Summer amongst the long grasses, their dusty-lipped fronds kissing and brushing the bare legs of three pale children, two boys and a girl running joyful and free from umbilical restraint. The air is cobalt with scents of clean running water and the zigzag memories of dragonfly wings, the sun, a blazing heaven, dots tan speckles on lithe young limbs.

I am in the lead, stretching away from Meg and Will, with burning thighs and my lungs full with the exhilaration of exertion, giggling at their increasingly miserable shouts for me to slow down and let them both catch up.

When I deem that they are starting to flag, I stop and flop down on the feathery floor in a theatrical swoon.
Will arrives first, the smallest and eldest of our group, and shyly sits down blowing hard from the effort of the chase, swiftly followed by Meg with roses blooming in her usually white cheeks, who drops down limply at my side. Unable to talk momentarily, we sit in silence, the quiet broken only by my self-satisfied grin and their annoyed but becoming amused expressions against a backdrop of diminishing sighs and gasps.

A solitary pearl of scarlet begins to roll down Meg’s shin, a shallow scratch clawed by a stray thorn perhaps. Instinctively I lean down and gently wipe it away with my fingertip, then lean in close and touch my lips to the wound to kiss the pain away. A pair of butterflies dappled black, white, and russet flit between the obstacle course of our prone forms in a riotous high-spirited waltz. Soft wings pitter-patter a brief rapid rhythm against my cheek, they are gone again in a heartbeat, the warm breeze drying Meg’s blood on my lips.

Compare that with this section; part of the first chapter:

“Marks?”
“Sir?”
“Briefing’s in five minutes with CID if that’s enough time for you to finish preening yourself?”
The Inspector strides off without further pleasantries, but I can’t help but like the grumpy old sod anyway. Marcus Cooke emerges still dripping from the shower, hurriedly toweling himself down and putting on his shirt having heard the Inspector’s words.

“Why can’t you put some pants on before your shirt? I don‟t want to see your dick every day.”
“Seeing my dick is the highlight of your day and you know it.”
He grins in his usual stupid broad fashion and slaps
me on the backside as he passes to get to his locker.

Marcus is, like me, a probationer police constable, fresh out of training school at Ryton-on-Dunsmore and getting to grips with the day-to-day realities of trying to establish and maintain order on the mean streets of Nottingham. He has mixed ethnicity, but refers to himself as black, muscular, with dark curly hair and a quick and easy wit; a couple of years older than my twenty-two. At only five feet four inches tall, and unapologetically gay; the traditionalists love him. He is by his own admission, too short, too black, too gay and too loud for the force; like an erection in church mate he says and winks, and like an erection, he enjoys the friction.

“Hey, Spooky and Homo, briefing’s starting.”
The sneered taunt comes from a passing Paul Strang, an experienced but lazy beat cop who harbours an instinctive dislike of the pair of us. We grab our kit belts in unison and head for the briefing room.
“Shall I punch his fat head or do you want first shot mate?”
Marcus grins again as he finishes the sentence.

“Let me decide whether I want to keep this job first,” I say, stepping through the doorway into the briefing room.
“Thanks for joining us, gentlemen, take a seat.”
We do as we’re told; when Detective Inspector Karen Cobb gives you an instruction you follow it expediently. She allows us to sit before continuing.

“Okay, most of you aren‟t stupid, well at least some of you, so you‟ll have realised that this is not a routine
briefing. It goes without saying that you keep the details of this to yourselves and that CID will be handling any subsequent investigation; so in the unlikely event that any of you turn up something of interest, you‟ll let me know without delay.”

She pauses allowing Detective Sergeant Kevin Henshall to outline the details.
“Right, what we have so far is a serious assault on an Elaine Morris at around about one last Saturday morning on Magdala Road. Some of you will know Elaine, since she‟s well recorded for a variety of soliciting offenses, which is of course what she was doing in Mapperley Park in the early hours in the first place.”

There is a low ripple of conversation from parts of the room.
“No, this isn’t the kind of assault that you’re thinking ladies and gents. There was no attempt at sexual activity and we can virtually rule out her pimp too, seeing as how his appearance apparently stopped the attack.”
Paul Strang speaks up.
“She probably ripped off a punter; getting attacked is an occupational hazard for tarts.”
“Possibly.”

DS Henshall flips over the page of a large flip-chart, displaying three blown-up colour photographs pinned to it. The woman‟s face and neck has multiple deep puncture wounds, and blood seeps from these gashes and from eyelids which are swollen shut. She looks like the victim of a nasty glassing, the bits that aren’t bloody are swollen and discoloured; and the horrors continue with shots of her scratched and punctured hands and forearms.

“No with his teeth and nails. He just walked up and attacked her, no attempt at conversation, then calmly strolled away. That’s why we‟re briefing you today; he stopped because he was disturbed not because he was finished. Our other problem is that courtesy of Messrs. Bennett and Jones, Elaine has retracted her brief initial statement and gone to ground, which probably means that they’re planning on dealing with this situation in their own inimitable style. We’re all aware of what happens when those two cretins decide to get something done, and we don’t want chopped up punters left right and centre fucking up our statistics.”

Detective Inspector Cobb steps back in to have the final word.
“No statement means no crime and no official investigation for the time being, but one other thing you should be aware of is that this nut was described as having long sharp teeth and claw-like nails. Before she stopped talking Elaine described him as a vampire. Personally, I don’t believe in vampires, but I do believe that we have a sick bastard out there who’s not going to stop at ripping up one, and now our friendly neighbourhood gangsters are going vigilante which gives us problems. That’s enough excitement for you boys and girls for one day, now get out there and get on with what you’re paid for. Oh, and if you see anyone with big teeth wearing a long black coat, hold a crucifix near him and let us know.”