There seem to be two vociferous groups of writers nowadays:

1. Self-published writers who insist that they can do everything their way without regard to grammar rules, publishing conventions, and even readers.
2. Writers who want to be published by the major publishing houses, and who scrupulously follow every dictate in the hopes it will bring them the acclaim they strive for.

The first group of writers often strive for originality at the expense of readability. They take the easy way out by choosing limp words that demand to be propped up with adverbs and adjectives. Or they throw out grammar rules, which comes across not so much as being creative but as being too lazy to learn the right way. Grammar is not a straightjacket but a garment that flows softly around readers, keeping their attention on the story rather than the structure. If readers have to read and reread a paragraph to try to make sense of it, then the author has not done her job. 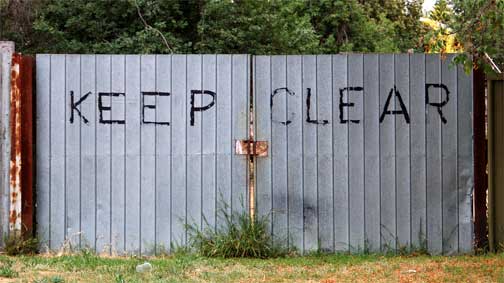 Some of these authors believe that readers should have to work to make sense of their story, that it’s okay if readers are pulled out of the story to look up an unfamiliar word, or to admire a particularly well-turned phrase, but readers for the most part want to be immersed in a story. If you’re watching a play, you want to see the characters, the action, the set. You do not want to be shown the backstage bickering or the ugly scaffolding. You simply want to be immersed in the play. (Unless, of course, the play is Noises Off, in which case all the bickering and scaffolding are part of the story.) And the same goes for books.

The second group of writers strives for perfection at the cost of originality, especially originality of style or voice. These writers are often too assiduous in their dislike of “was”, “it”, “ly” adverbs, adjectives, or any number of words that make our writing seem amateurish. Yes, an abundance of such words does make our writing seem amateurish and even hard to read, but removing every single was or it or modifier makes for a stilted style.

The truth of good writing lies somewhere in the middle of those two groups.

As I read in an old book called The Practical Stylist by Sheridan Baker: “Clarity is the first aim; economy the second; grace the third; dignity the fourth. Our writing should be a little strange, a little out of the ordinary, a little beautiful with words and phrases not met everyday, but seeming as right and natural as grass.”

Prev Next
16 Comments
Leave A Reply
Cancel Reply
Connect with:
Login with Google