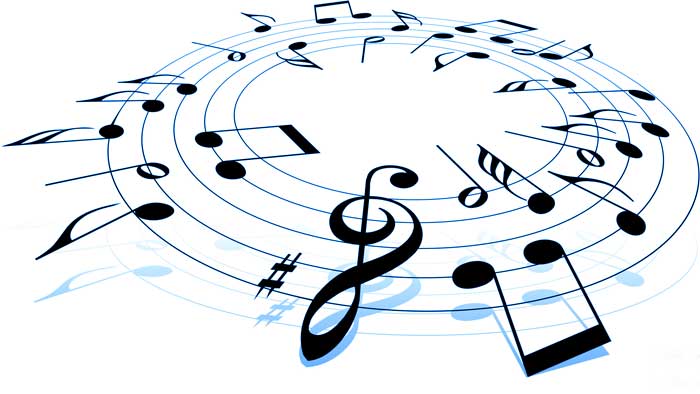 An experienced storyteller knows when to ramp up the tension and when to slow it down, when to take away a reader’s breath and when to let the reader take a breather when to run through the drama or wander through the background. This alternating of ups and downs, successes and failures, satisfactions and woes is as rhythmic as music and can be as compelling as a drumbeat.

A steady pace of ups and downs can lull a reader into a feeling of complacency, but a syncopated rhythm, with ups and downs coming at uneven intervals, can create an underlying sense of unease that gets beneath a reader’s skin. Even a small shift in pace can have a dramatic impact by making a minor defeat seem catastrophic or making a big victory seem doomed.

A sex scene can even be a fast-paced action scene to get the reader’s blood boiling. (What it can never be, incidentally, is a scene thrown in there just because you thought it was time for a sex scene. Such scenes need to be as germane and as necessary as a plot twist or a revelation. If the scene can be removed from the book without leaving a hole, it should be removed or rewritten.)

A change in rhythm can be subtle, such as a shift in the dynamics between two characters, a change in focus or mood, or simply preparation for future conflicts

. Or it can be as blatant as a murder.  The rate of change in a story can affect the rhythm, too. A lot of changes coming rapidly, one right after the other, create a hectic pace. A few changes after intervals of stasis can make the pace seem slower, even bucolic.

How you present dialogue can change the pace. To speed up the pace you can use quick exchanges with few speaker tags. To slow the pace, use longer speeches and/or more detailed speaker tags.

Emery regarded Philip with narrowed eyes. “I always know when one of my students is in trouble. It’s time you told me what’s going on.”

“I was never one of your students.”

Emery waved away the remark. “Between the two of us, we should be able to solve your predicament.”

“I’m not sure there is a solution. Right before I came here, two NSA agents came to my apartment.”

Emery shook his head as if to clear it. “I must have misunderstood. I thought I heard you say NSA agents.”

“I did. That’s who they identified themselves as, anyway. They told me they were concerned about the books I’ve been checking out of the library.”

Emery froze. “They said that?”

“Yes.” Philip paused to reconsider, then heaved a sigh. “No. They told me they wanted to speak to me. I suggested they were there because of the books I read.”

Emery scowled at him. “Have I taught you nothing? Never volunteer. If you don’t know what’s going on, keep your mouth shut until you find out.”

And this example from the same book uses longer speaker attributes which sets a more leisurely pace:

As the cowboy approached, she wondered why a man like him worked in a coffee shop instead of punching cows or whatever men like him usually did.

In a slow, deliberate voice that stopped short of being a drawl, he said, “What can I get for you?”

He ushered her to a table. “How about some pie to go with it? Or a muffin? Mabel from the bakery sent over a fresh batch of whole-wheat blueberry muffins.”

He loped around behind the counter. A minute later he returned and set a mug of coffee on the table along with a muffin almost as big as a cake.

“I don’t believe I’ve seen you here before,” he said.

Jane tore open a packet of sugar. “Just passing through.” She dumped the sugar in her coffee and stirred it. Thinking that, next to bars, her sister liked to hang around places like this to get local color, she considered asking the cowboy if he knew where she could find Georgy.

Jane sipped her coffee, grateful for the interruption. Georgy would never have forgiven her for inquiring about her, and there would go any hope of getting a loan.

“Holler if you need anything else,” the cowboy said, then ambled off.

These dialogue samples also show one of the contrasts in the book, the fast-paced action/conspiracy story commingling with the slower-paced cowboy story. Then there were the ethereal characters contrasting with the down-to-earth ones. Lots of scope for pacing in Light Bringer!! (Which, incidentally, is on sale for $1.99 for the Kindle edition on Amazon until November 8, 2011.)

Jack Eason Aug 19, 2013 11
Literary Hazard No one likes to become the target of negative criticism. In a recent article written by Craig…
Featured