If you watch many sports, you will hear the commentators reveal the secrets to the success of the top athletes in the world. One of their secrets, which really isn’t a big one, is practice.

Often after a day’s round on the professional golf tour, commentators tell us that many golfers like Phil Mickelson or Tiger Woods hit the practice range until dark, working out kinks and honing skills that either failed them in their rounds that day or helped them pull ahead. If the greatest professional golfers practice, what does that say about the rest of us who aren’t professionals and really do need the practice? 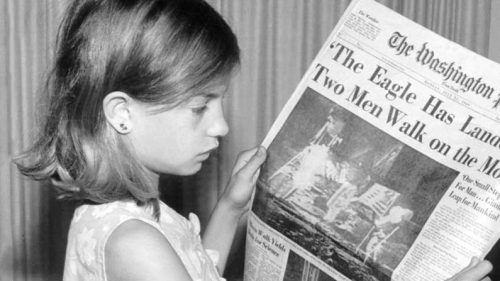 Kids who do not practice writing will not be able to understand writing. The art of penning words on paper or a computer to produce a story takes just as much practice as an athlete who prepares for a game or a tournament.

The correlation between the two just doesn’t seem to get through to students sometimes. The more you write, the better writer you become, or as a former Texas English teacher and educational consultant once said, it sticks with you longer – it makes it permanent.

The National Council of Teachers of English (NCTE) states, “As is the case with many other things people do, getting better at writing requires doing it — a lot. This means actual writing, not merely listening to lectures about writing, doing grammar drills, or discussing readings.

The more people write, the easier it gets and the more they are motivated to do it. Writers who write a lot learn more about the process because they have had more experience inside it. Writers learn from each session with their hands on a keyboard or around a pencil as they draft, rethink, revise, and draft again.

Thinking about how to make your writing better is what revision is. In other words, improvement is built into the experience of writing.”

On average, students should probably write more than 100 minutes per week, regardless the class subject. Mostly, writing takes place in language arts classes and is left to the English teachers to facilitate. However, writing can be a major part of assignments in other classes as well. By the middle of the 21st century, many major colleges and universities began offering and requiring students to take writing-intensive courses.

These courses focused on products or outputs in written form. Students are tested on their writing abilities in k-12, i.e. how well they interpret material and offer analysis and how well they understand editing someone else’s writing.

So, if standardized tests and colleges are expecting students to write well, why are students still having difficulties expressing themselves in written form? Much could be blamed on today’s technology, where proper grammar and punctuation are needless with email, Twitter, and blogs.

Teachers, already overwhelmed with paperwork, do not assign much writing because it takes a long time to grade a two-to-five page report by every student compared to a 50-question multiple-choice test that can be graded in mere minutes with a scanning device.

However, the NCTE says that teachers should realize that writing can take place outside of school and should be utilized to help students write more and be open to writing more. NCTE says, “Teachers need to support students in the development of writing lives, habits, and preferences for life outside school.

We already know that many students do extensive amounts of self-sponsored writing: emailing, keeping journals or doing creative projects, instant messaging, making Web sites, blogging, and so on. As much as possible, instruction should be geared toward making sense in a life outside of school, so that writing has ample room to grow in individuals’ lives.”

After watching a documentary about the Civil War, a teacher, wondered aloud among her colleagues how letters written by Civil War soldiers, who probably had no more than 6th-grade educations, could sound so eloquent and well-written. Answers included the lack of distractions (too many activities at school that replace academics), small teacher-to-student ratio (think one-room schoolhouses), and the lack of all the technology today (cell phones).

Students must put pen to paper often, whether at school or home; they do not have to write five-page essays every day; journaling, list-making, and poetry are ways students can get invaluable writing practice on a daily basis. They can even compose on the computer.

The greatest writers toiled in the verbiage scene long before they became household names. They probably wrote until their fingers bled. They probably wrote stuff that they hope will never see the light of day.
But the point is, they wrote. They practiced. That’s why they are best-selling authors today. That’s why students will be able to receive high scores on their writing samples or get that once-in-a-lifetime job because they practiced their writing skills.