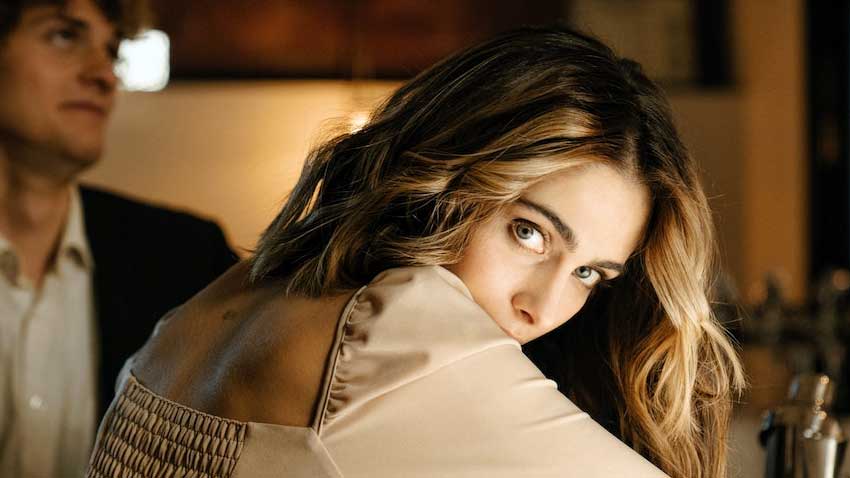 The attributions above will indeed identify your speaker, but let me lay out an argument that the pesky and unnecessary words actually switch POV from your character to yourself in the form of author intrusion, TELLING the reader who is speaking. I propose that action can SHOW who is speaking in such a much stronger way and take your manuscript at least two more rungs up the ladder.

The words themselves—should portray the speaker’s stance or mood. For example, on the above: “Stop it! Don’t ever do that again.” he screamed. Don’t the words spoken indicate he screamed? Or “Please, sir, please don’t. I’ll never do it again,” she begged earnestly. See how her words transfer the idea of her earnest begging?

Now to further prove my supposition, let’s use action with the same dialogue. Frank grabbed the teenager’s arm and jerked him back from the edge of the cliff. “Stop it! Don’t ever do that again.” Can’t you hear him screaming? And look how the picture you painted with words has so much more detail. The action also gives insight into the character.

Or for the woman: Alta threw herself at his feet and grasped his leg. “Please, sir, please don’t. I’ll never do it again.” The action not only identifies the speaker but gives your reader new mental images, and isn’t that what we’re trying to do? Paint word pictures? (related tip: Be sure the action and dialogue appear in the same paragraph and that each time someone else speaks, they get their own new paragraph.)

That said, one beauty of POV that gives books an edge over movies is internal dialogue

. That’s why so many times, a movie-goer says it didn’t measure up to the book. Introspection elevates a work from acceptable to exceptional, especially when your player says one thing and thinks another, revealing the POV character’s innermost thoughts. (related tip: why put internal dialogue in italics? If you are in a character’s POV, isn’t all the narrative actually his thoughts, describing the action or scene related to him? Yes, of course, it is, so resist the urge for italics.)

Internal dialogue is also another option to identify who is talking and may be used in combination with action. Again with the examples above: Frank turned, and his heart stopped. Why had his nephew stepped so close? His sister would never stop blaming him if anything happened to the boy. He grabbed the teenager’s arm and jerked him back from the cliff’s edge. “Stop it! Don’t ever do that again.”

And for the feminine example: Alta threw herself at his feet and grasped his leg. Why couldn’t she ever stifle her reactions? “Please, sir, please don’t. I’ll never do it again.” Would the infraction cost her lover his life? She wouldn’t let it happen. No way could she live without his arms to hold her.

Now you tell me which is better. “Stop it! Don’t ever do that again,” he screamed. OR Frank turned, and his heart stopped. Why had his nephew stepped so close to the edge? His sister would never stop blaming him if anything happened to the boy. He grabbed the teenager’s arm and jerked him back from the edge of the cliff. “Stop it! Don’t ever do that again.” And it’s the same in Alta’s case. Yes, SHOWING usually takes more words than TELLING, but surely you recognize the benefit in these illustrations.

Let’s consider action and internal dialogue as spices, quite superior to bland attributions. I’ve convinced you of that, right? Who wants to eat an unseasoned stew? Think of verbs as the meat; they drive your story and do offer a little stock flavor moving your characters through the pages of your word-painted world. Nouns are the potatoes and carrots, giving a sense of the story’s physical element. Action and internal dialogue provide the spices: salt, pepper, garlic, basil, cilantro, cumin. Man, isn’t that stew tasting good now?

A cook seasons the pot to her personal taste suits herself. She may be the only one who ever eats it; I mean reads it. I like things spicy. This editor/author allows herself maybe two attributions per book. Yes, per book. Be aware and count how many attributions you have on a page in a chapter. Until you have mastered not using attributions and made it a habit in writing your first draft, go ahead and use them, then go back and replace them with action, internal dialogue, or a combination of both to strengthen your work.

Action and internal dialogue are so much stronger to identify a speaker for several reasons. #1 it’s ‘active’ not ‘passive’ which is always better  #2 it gives your reader a brand new mental picture, even a simple action like ‘He smiled.’  #3 you can use the action and internal to enhance characterization. Example: She stomped her foot and put both fists on her hips. Isn’t that so much better than ‘She declared angrily’? And see how it reveals more about the character, too?

Like sentence structure, don’t forget to mix actions and internal dialogue stylistically – long ones, short ones, and sometimes in conjunction with each another; put them at the front, in the end, or maybe in the middle of the dialogue. Change them up, keep them interesting. You cannot always use a two-word attribution (He smiled / She nodded), or they stick out like an orange in the lime bin and interrupt the dialogue’s smooth flow.

Yes, plenty of attributions exist in published books on the shelves, even those by major authors. They are acceptable. But these days, when editors want to find a reason to reject your manuscript, don’t you want yours to be tight and a step above? Get into the practice of using action instead of attributions, and your writing rises to stand out like a Harlem Globetrotter on an episode of Little People.

Next Tuesday, get ready for a Texas Tender on HOOKING Readers, Where/How to Open.

I will have more in later articles on POV, but you have got to hook ‘em before you can razzle them with your dazzle! And please—what other topics would you like for me to cover?