Drug operation gone sour and a partner killed in the crossfire. One detective was plagued with nightmares reliving the events as they happened. 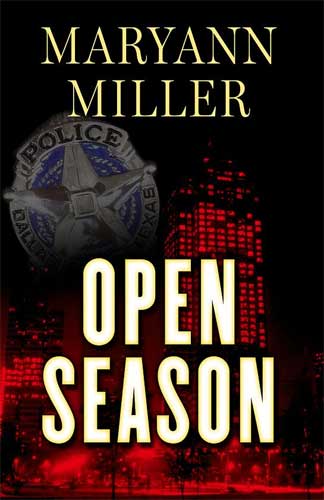 Detective Sarah Kingsly recounts in her mind the shooting of her partner, John, and a young black guy she shot when the undercover drug operations went south.

Events ensued that could cause her to lose her badge as the Dallas Review Board hints that the shooting was racial.

Although Sarah is reinstated on the force and cleared of any wrongdoing her new partner is not happy to be working with her and the adjustment will take more than just time.

Angel Johnson is black and Sarah is white and they get along as well as oil and water. Needing time to adjust to each other and overcome the race issue, these two need to solve a high-profile murder of a mall maintenance worker.

Angel’s family will be horrified at her partnership with Sarah thinking she was placed with her because of the shooting of the young black boy. One maintenance man garroted with a wire string in a shopping mall. Could it be drugs or drug-related?

Working together they uncover some information, some of his last hours and who and where he might have been but the rest still remains to be seen as I review Open Season by author Maryann Miller. But, the murders do not stop here. This is only the beginning of what will prove to be a series of murders by one person who leaves his calling card at each of the crime scenes.

A second mall murder similar to the first but this time in a parking garage. Security worker Walter Durham is our killer’s second victim. Investigating the murder Sarah begins to unfold, anger boils within her and a situation arises that causes her to reflect on her feelings for her new partner and the anger of not having John to lean on.

But, the killer left more than just one calling card at the scene of this murder. A written note left at both and a possible tape of the killer’s voice tipping off a reporter might help Sarah and Angel solve the case. But will it?

Both murders are drug related and both took place in a mall. As the Dallas Review Board decides on Sarah’s final fate, a decision is made to consider her shooting of the young black youth racial leaving no doubt that there is much more to come regarding this issue and her partnership with Angel whose family is anything but pleased about.

As they pursue the investigation things begin to change, more clues are added and another killing occurs. As the news reporter pleads the case of the murderer and explains on air why he is committing these crimes, he puts the blame on the police for not ridding the streets of dealers and addicts and not him.

Author Maryann Miller brings to light many important issues in this great novel. Open Season reminds the reader what happens when one man decides to go on a crusade against those who use casual drugs, sell drugs and cause the death of children for no reason.

It also brings to light the issue of prejudice and racial discrimination. Angel and Sarah have to overcome the white /black issue as well as many other prejudices they both have before they can solve the Mall Murders and become real partners. Added to the mix is the hot Narcotics Detective, Chad working with them and Paul a CPA interested in Sarah. Where these relationships might go you will have to learn for yourself.

Will Sarah and Angel ever find common ground and work as a team, that you will learn as you find out who the killer is, read this great novel with twists, turns and surprises only Maryann Miller can create. Two different women, both with strong and solid personalities and strong beliefs and convictions that define who they are. But, one thing is in common: they are great cops, hard-nosed and no-nonsense Detectives who prove that women can really do the job and although personalities get in the way the case must be solved and these two are dynamite.

Victim number three was a window dresser whose body was found in the Galleria Mall. Trying to link all three murders together Sarah searches through some cold cases. As the path runs dry Angel stumbles upon some information that changes the complexion of the investigation and the end result causes one detective to face some harsh realties about herself.

Who the killer is and how this person is cornered will become crystal clear and the end will shock the reader. Crimes are committed for many reasons and those committing them often justify the reasons in their own mind.

Will Angel be able to see past her differences with Sarah and work to get this solved? An ending that will leave the reader with many unanswered questions, causing much pause for thought and hope that these two detectives will go at it again in the future.

Will Sarah ever come to grips with her partner’s death and will Angel find peace within herself? Fast-paced, dramatic, action-packed with characters that are so well portrayed taking the reader along with them on this roller coaster road with many ups and downs to find a murderer.

From the author of One Small Victory, we have Open Season another Five Star Novel.