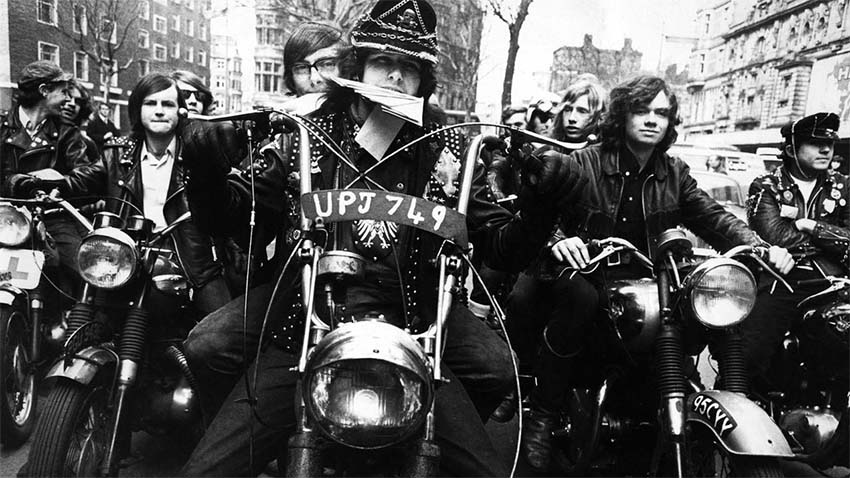 While I don’t spend a lot of time watching the sport, I am a keen follower of Australian Rules Football, and I have been a Hawthorn Football Club fan for over forty years.

The good commentators during game broadcasts, and most of them are ex-champions, often talk about the ‘one percenters’. What they mean is that to win a game it is imperative for a side to stretch into the last few percentage points short of perfection, to stand out – and while a few percentage points of improvement may seem small, it is what makes the difference between a winning side and a losing side.

I contend that writing is much the same, at least in concept. In the old days of publishing, placing luck aside, the writers who got the publishing deals are those who extend themselves into the ‘one percenters’. In the modern age where there is a tsunami of self-published work in the market, it is critical for good writers to extend themselves as well. Luck may come your way, or it may not, but a sustained, lengthy record of quality work counts a great deal. It is the nearest thing to a winning formula.

The ‘one percenters’ can mean a lot of things, especially to a self-publishing author. It can relate to quality editing, cover art, and design, marketing, etc, but I want to narrow the focus to writing itself, which is part of my life as an author, but also something I have immersed myself in as a publisher and editor.

Many new and upcoming writers don’t appreciate the degree of polish they need for their works if they are genuinely seeking professional-quality output – and commensurate success/acclaim. They dream to reach this height, but that is all it is.

In other posts, I discuss this topic to a degree, and I suggest that one major contributing factor is that many writers tend not to use the tools available to them to identify where they need to improve.

Consequently, some writers simply think they have already achieved perfection, or near enough to warrant success. I have written extensively in Angie’s Diary on the topic of mass delusion. I suggested countering this effect that authors using simple tools, like beta reading groups, workshops with true professionals, and starting small and gaining the advantage of editorial feedback.

As an editor, and having read tens of millions of words of submissions, long and short fiction, I often see serious weaknesses in manuscripts. I am not talking about one or two typos, nor am I referring to the odd stylistic or plot mishap, when surrounded by high polish.

I am talking about the low to the middle section of the quality writing spectrum, and I should add that medium has never been good enough for publishing in paid markets if a publisher wants to make a living out of the game. The same goes for the authors.

In previous articles, I have outlined common mistakes and weaknesses in writing that will often be show stoppers for an author gaining sales. I will use the remainder of this post to point out a few that are a little more subtle, and what I would consider ‘one percenters’ – the stuff that makes a story stand out. This list is not all-encompassing, just examples.

While there can be times when it isn’t an issue to flip point of view (POV) from one character to another within the same stream of narrative (i.e. chapter, or between chapter breaks), especially if the style of writing tends toward the omniscient, the use of flips will often work against the quality of the read.

Most works of fiction have a clear POV character for a given chapter or passage of narrative, and it is important to make sure that any information displayed to the reader must be consistent with the POV character‘s experience and knowledge. This technique sets solid anchors for the reader, making stories fluid, consistent, and believable. I find weaker submissions of manuscripts to have poor control over this principle, and in many cases are seriously ignored.

One element of writing that cannot be easily defined by rules is the decision when to qualify dialogue (and passages of thought by the POV character), and when not to. It is an art to get it right, not a science. What I can say is that the following principles may be of some use:

Yes, I discussed this in an earlier post but I must repeat the principle here because it is such a prevalent problem. In narrative (not dialogue – what characters say can be flawed and idiomatic, which makes the dialogue more realistic) the very fact that passages tend to follow a chronological sequence, more often than not it is not necessary to state to the reader that the next passage is what happens next – this is seriously tautological.

Justinian fired his crossbow at the soldier climbing the hill, then dropped it to the ground. Then he drew his sword to meet the other militia.

This is a low-end example but proves the point. It could be better written (just looking at the ‘then overuse’):

Justinian fired at the soldier climbing the hill. Dropping the crossbow to the ground, he drew his sword to meet the other militia.

If ‘then’ is needed to avoid ambiguity – and sometimes it is – consider using ‘and then’, which is more often a better read.

Paragraph Use with Dialogue

This is another one that can’t have explicit rules employed, but principles will help a lot. As an editor I get rather flustered with dialogue by two different characters in the same paragraph, or, for that matter, two distinct activities (often by different characters) concatenated in the same paragraph. To a lesser extent, but still problematic, I also find it annoying that authors split paragraphs where the two components are very closely tied. A common example is where a character does something, and there is a qualifying statement that dialogue is about to happen (or inferred), and lo and behold! the dialogue occurs in the next paragraph.

I grant that this last point is somewhat subject to editorial policy, but consistency should be seriously considered as an overarching principle.

Fred picked up the small chest and inspected the contents. He chuckled lightly.

“I think we have found the pearl, George.”

While not technically incorrect, I would edit these two paragraphs as follows:

Fred picked up the small chest and inspected the contents. He chuckled lightly. “I think we have found the pearl, George.”

Note that ‘chuckled lightly’ is NOT a qualification of dialogue, hence the full stop, but it is tied closely with his statement – it is a contiguous set of actions – and the dialogue really should immediately follow.

I hope that these examples illustrate my point about ‘one percenters’. Many of you will already know one or more of these principles and no doubt practices them, but they all can so easily be forgotten in the heat and passion of writing, and may even be overlooked in author-editing. I can tell you straight that the prevalence of any of these principles being broken will more often than not cull your work from serious consideration. At least by professionals.

More importantly, you deserve to be culled, because these principles can and should be adhered to. There are too many other good writers who do apply the ‘one percenters’ and are waiting in queue to be published and/or get acclaim.

In my next editing post, I will return to some of the more basic mistakes writers make in their early drafts.