Most writers claim they write only to entertain, and yet messages do creep into our books whether we will it or not. I don’t write to entertain but to write the stories I want to read, stories that no one else has written.

And still, the messages are there: nothing is as it seems, we are not necessarily who we think we are, history did not necessarily happen the way we think it did, and what we see is not necessarily the truth. But all that was more of a side effect. Mostly I just wanted to write good stories with good characters that I would have loved to read.

Here are some messages that crept into other authors’ books. The comments are taken from interviews posted at Pat Bertram Introduces . . . 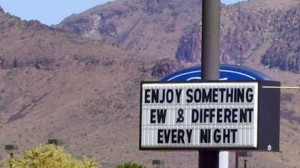 From an interview with Dale Cozort, Author of “Exchange
I’m not big on putting messages in fiction, but one snuck into Exchange. We live in what my daughter calls a ‘bubble-wrap’ society, one that is obsessed with reducing risk to the point of keeping us from doing a lot of things we want to do and/or need to do. How does that kind of society react to suddenly being in a world that is wilder and more dangerous than the Wild West ever was? A lot of us take the benefits of the bubble-wrapping for granted, but dream about getting away from the restrictions. Unfortunately, the risk reduction and the restrictions are often a package deal. I try not to hit people over the head with that message and you can read and enjoy Exchange without ever noticing it, but it is there.

From an interview with Stephen Prosapio, Author of “Ghosts of Rosewood Asylum”
Typically I like to have lessons and character growth. I like to show how characters make either correct or incorrect choices. Sometimes the difference between good and evil is simply taking the right or wrong action. I’ll let the readers take what morals they want from the story.

From an interview with J. Conrad Guest, Author of “January’s Thaw”
The January books are composed of a number of messages. In January’s Paradigm the reader learns that there are people in the world—men and women alike—who are not very nice, and that men don’t have a corner on the mean market. Men, too, can be hurt through a woman’s infidelity. One Hot January shows that no government is benign and that we must care about a world we will not see. While January’s Thaw is largely about redemption, that it’s never too late to close the door on the past and to live in the moment, for tomorrow.

From an interview with Benjamin Cheah, author of Eventual Revolutions
The real world is complicated. Don’t seek simple answers. Seek instead complete answers. Don’t be satisfied with what people tell you. Always look for the full picture, and discard everything that does not meet the test of logic and reason. Always strive towards a greater understanding of the world, without settling for dogma or over-simplicity. Every action has a consequence. And always remember that you are free – and with this freedom comes the necessity, burden and power of choice.

From an interview with Bonnie Toews, Author of “The Consummate Traitor”
Yes, I do demonstrate a message in all three of the novels in this trilogy. What I have observed at the crossroads of humanity is that victims of atrocities can never forget what they have endured, and their resulting bitterness perpetuates revenge. This convinces me that as long as victim and perpetuator seek retribution against the other, true peace can never be achieved. But, there is an answer: the ACT OF FORGIVENESS. We understand the idea of God’s forgiveness, but the act of forgiveness becomes meaningless if we cannot first forgive ourselves and then one another. To make a difference in world peace, victims and their perpetrators must forgive themselves before they can forgive one another and live in harmony.

Is there a message in your writing you want readers to grasp?