Kicking off the Wednesday hump is interview #12, better known as author Jack Eason! I had the pleasure of reading his epic sci-fi novel, Onet’s Tale earlier this year. You can find the review I posted here. 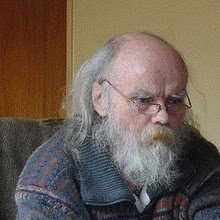 Welcome back, Jack! Tell us about yourself. What do you do when you’re not cooking up epic sci-fi plots?

Hi Mysti, it’s nice to be here. What do I do? I spread my time between reading, researching, and writing short stories and articles.

When did you first come up with the idea(s) for Onet’s Tale? And how long did the writing process take?

Onet’s Tale was born out of a previous Sci-Fi story I started back in 1995, where the basic scenario slowly began to appear before me. As for how long it took, I wrote it in a marathon nonstop three-month bout back in 2003 while visiting some dear friends of mine, back in New Zealand, where I have spent most of my life until the beginning of the new millennium. That was the easy part, Mysti. The hard part was finding a publisher. In the end, it was finally published last year – seven years later.

Some pretty drastic things happen in the story. Did you ever get emotional or squeamish when writing those scenes?

No, not at all. Once I had determined what type of character the protagonists would be, the rest fell into place.

Are there any authors/movies/music that inspire your writing?

As far as Sci-fi authors go, Arthur C Clarke immediately springs to mind. Thanks to my father, I was brought up in his tales. Another is J.R.R Tolkien, but that’s another story…
Regarding movies as inspiration, I would have to say that the original Stargate movie and others like it give me a lot of handy ideas.

Since I see you on Facebook all the time, I know you’ve completed another manuscript. Can you tell us something about it?

My latest Sci-fi novel is called “The Seventh Age.” It is set in the present, this time. It is a Sci-fi mystery/adventure involving a race against time and a growing love story between the human hero Nick and an alien female named Ithis. 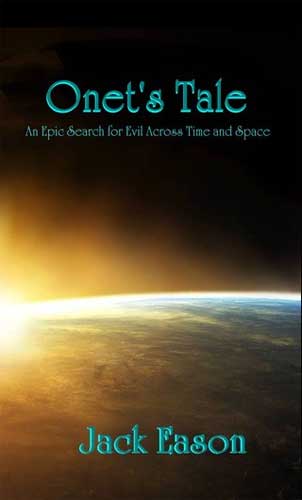 Here is the blurb:
“The Mayan clock stopped predicting events beyond 2012. Why did it not continue beyond that date?
Rebel archaeologist Nick Palmer experiences an almost unnoticed event at Stonehenge during the 2010 summer solstice celebration, which he attends along with hundreds of others, that worries him greatly.
He is made aware through a blog, of a sinister organization known as the ‘Order’, that are seemingly bent on preventing his every move to discover the reason behind the worrying event.
During his voyage of discovery, Nick is tracked across the world by an enigmatic entity that has been trapped here on Earth for over twenty-five thousand years, awaiting the development of the event by what she refers to as a ‘surface-occupier.’
Together with her and the few people Nick trusts implicitly, they set out to prevent the alarmingly inevitable catastrophic conclusion at the end of 2012 that will affect not only the Earth but the whole Solar System’s very existence…”

Giddy up for the random question of the day: If friendly aliens landed in front of you and offered you anything you desire if you came to live on their planet, would you go, and what would it take to make you go?

Are you kidding me? I’d go in a heartbeat, wouldn’t you? Since I was a small boy, I’ve dreamt of being able to travel way out beyond our solar system to explore the vastness of our universe, spurred on by the countless Sci-fi stories and movies I’ve consumed over my lifetime.

Finally, Jack, how about a short excerpt from one of your stories or a work in progress?

Ok. Here is the brief prologue for “The Seventh Age” for your delectation Mysti:

“Ithis had been waiting for nearly twenty-five thousand years for a surface-occupier to discover the key. As she watched him observing and probing the artefact, she wondered if she should reveal herself to him. If he had turned round, all she had to do was to close her large hypnotic eyes with their mood enhanced green pupils to totally disappear from view. The art of stealth and camouflage was a trait of her kind; what the better informed surface-occupiers referred to as ‘Crypto-terrestrials’, and what the uninformed referred to as ‘Greys’…”

Thanks so much, Jack, for stopping by! May your tales reach the farthest galaxies!

My pleasure Mysti, and thanks for allowing me this opportunity to talk to you about my passion for writing and Science Fiction in all of its many forms.
Continue Reading
BibliophileBlog PostsBook of the WeekCharacter DevelopmentInterview
3
Share FacebookPinterestTwitterLinkedinReddItTumblrWhatsAppScoop ItMediumEmail