I’m an author of a dozen books and over fifty short stories along with a number of fiction writing articles.  From my experience, I’ve learned a number of important lessons and I want to pass them on to others.

One important lesson involves getting a book published; it changes your life.  No longer can you sit in your office and spend your time writing more fiction. 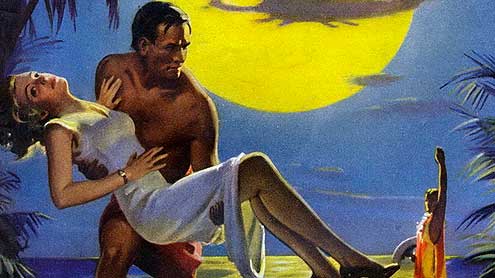 Once you become a published author, you also become the book’s marketing manager and its sales manager, a terrifying situation if you’re not prepared for it.

To protect others from the trauma of this situation, I’ve put together a list of fiction writing techniques that will guarantee non-publication.

Following them will ensure a rapid reply from editors who will use a pre-printed form or a terse email. This rapid reply will allow you to maximize the rejections you receive in a given period of time.

Lots and lots of adverbs.  One of your writing objectives should be to use an adverb to modify at least fifty percent of your verbs.  And don’t forget about using them in dialog tags.

Why show the reader a woman shredding a paper tissue?  Make it easy on the poor readers.  Tell them the woman is nervous. Thus, “He’s making me so fidgety,” she said nervously.

A naked noun is evil!

Adjectives exist to be used. Their primary purpose is to modify a noun, so make use of this most excellent writing technique. Load up your nouns with modifiers so the reader will have no doubts about the noun.  “The skinny, ugly guy wore a hideous, ripped t-shirt, dirty, baggy pants, and shredded sneakers.”

Here’s an even better example of clever adjective usage: “The scrawny boy used his undersized biceps to try to pick up the clumsy weight and place it in the old-fashioned truck before the foul-mouthed old man became aware of his clever trickery.” Get the idea?  Remember, a naked noun is e-v-i-l!

Don’t limit yourself to dialog.  Conversation is the stuff of life.  Don’t allow your characters to be stuck inside the story by restricting them to a dialog that moves the story forward.  Make your characters more life-like by letting them engage in idle conversation just like real people do.

To properly show motivation requires a lot of creativity, time, and words.  It is much better to skip over that part and get right into the action. So what if the guy disarming the ticking bomb is only doing it because his shift doesn’t end for two hours and he doesn’t have anything better to do.

The character doesn’t have any motivation, but who cares; it keeps the story moving and doesn’t slow it down with a lot of words explaining the motivation.

Such as peppering the page with -ing words.  This technique will give your writing a pleasing sing-song effect.  “Opening the door and running down the corridor while waving her hand, she tried shouting, calling attention to her life-threatening situation.” Doesn’t that sentence make you want to hum along from all the -ing words?

Very, really, ever, still, just and others are words with no meaning but they do fill up sentences and make them look more impressive. Fiction writing is filled with opportunities to use these words and titillate the readers.  With a bit of imagination, you can also use these words to punctuate the sentence.

Why bother with multiple-dimensional characters?

This attribute allows the reader to identify the characters from their dialog “voices.”  What nonsense.  That’s what names are for.  Just use the names in all the lines of dialog and the readers will be able to keep the characters straight.