As readers, have you ever wondered how we writers go about creating the book you have just read?

We all have our own particular way of going about it. Don’t believe me? Then simply ask a dozen writers and you will get a dozen slightly different answers. But, while we all may take a different approach, fundamentally we must follow the same rules of grammar and punctuation combined with the mechanics of plot to achieve the objective – that novel sitting in your hands which you just can’t put down. 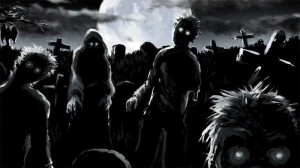 I have begun to write the sequel to my best selling novel “The Seventh Age”, an adventure tale with a modicum of sci-fi thrown in for good measure. The idea for the sequel came from one particular incident in ‘Seventh’, where the hero, the archaeologist Dr Nick Palmer, found a long forgotten library in Egypt, far older in fact than the fabled library of old Alexandria.

As I am at the early stages, this is an ideal opportunity for me to share with you, how I go about writing before I get totally involved in the storyline.

First of all, I always write using the industry standard – Times New Roman 12 point for the text and 16 point bold for the chapter headings, having first set the line spacing to 1.0 – no need for double spacing on screen.

I work in the morning when I am fresh, after a good night’s sleep. I quit around noon, having exhausted myself both mentally and emotionally. I start by tapping out on this laptop everything about the story that is currently occupying my mind, for two or three hours. At this juncture it doesn’t matter if the grammar, punctuation, or indeed the spelling is incorrect. What matters is that I get the thoughts out of my head and onto the screen in front of me. The next morning before continuing to write, I ‘edit’ what I wrote on the previous morning.

At this point in the proceedings I thank whoever it was who first invented computers and the trusty old ‘cut and paste’ function and the backspace button. It is a far less messy system than endlessly having to print out hard copy double spaced, and make that copy virtually unreadable with red pen, or a pencil, or some such instrument. The other reason I love ‘cut and paste’ is simplicity itself, you only need to cut and paste a sentence or paragraph once.

If you are one of those who still live in the dark ages, and use your pen or pencil to draw rings around a paragraph and arrows to where you want it to go, or either underline or highlight a sentence or a word with annotations reminding you to re-write or delete, you still have to cut and paste the paragraph or sentence, and rewrite, change or delete, that word on your computer.

Why do it twice – that’s crazy!

Having edited the previous days work, I continue to write for roughly the same length of time each day – two or three hours at a stretch, emptying my mind each time. Each morning I ‘edit’ again, starting at word one, page one, always on the lookout for a better way of saying or describing something, until I reach where I left off the previous day, before once again adding the next instalment. This regime continues until the story has reached its conclusion, several months later.

One last thing I do, besides saving the file as a .doc, is to also save it as a PDF file. Why do I do that? Again – simple. It allows you to read your MS in a different form. I also use Calibre to turn it into a .mobi file, which means that I can also read it via my Kindle for PC app in the form it will eventually be published in. Looking at it in a few completely different systems is advisable as it helps you to find those errors as you become jaded while reading the original file.

If you are wondering if we writers are ever completely satisfied with our work, the answer must be no. Anyone who tells you different is deluding themselves and you the reader.

Even after the book has been published, we will always wish that we had used this word instead of that one in that particular sentence. Or, maybe we should have moved that particular paragraph from there to there to make the story flow just that little bit better.

So, the next time you buy a book which interests you; take a moment to think about the many hours of anguish and downright hard work the writer has gone through to bring you that story.

One last point – should you come across anyone who says that writing is easy and anyone can do it, tell them you now know different. If your dream is to write – do so. But be under no illusions here folks, you are in for endless hours of angst and heartache while you slowly but surely bring that new story into the world. You may never get rich, but if you love the written word as much as I do, having someone read the product of all your work is truly worthwhile.