I once heard a senior editor at Berkley Publishing in New York claim he could almost reject a submission by how the envelope was addressed. But he admitted he read the first sentence. If it peaked any interest, he’d read that first paragraph, but if he wasn’t hooked by then, forget it. 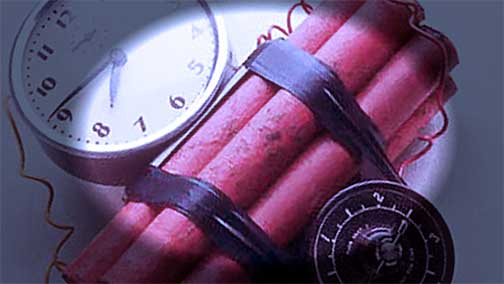 Where you start your story, where you choose to raise the curtain is the very first most important aspect of your manuscript if you’re hoping to publish traditionally—and should be if you plan from the start to self-publish.

A new contemporary Christian romance ONE AND DONE I recently finished opens like this:

Sammi Dan stopped in her tracks. Crackers, what did he want? With a million and two things to do before lunch, she sure didn’t need any distractions. She turned. Her boss stood at the end of the hall just outside his office waving a brown paper envelope in the air. Mister Yancy had hardly said four words to her in the year she’d been with KBTL.

A crisis calls our heroine to adventure. She’d worked at the television station a year—her normal surroundings according to THE HERO’S JOURNEY by Chris Vogler—and the boss barely ever spoke to her, but now, he’s calling her. Very soon, we know she’s being given the opportunity to chase a dream.

Do not start your novel with back-story. SO may writers who don’t know better do. They think they need to ‘bring the reader up to speed’, but it’s a terrible mistake. In ONE AND DONE, my reader doesn’t know Samantha Danielle yet, so who cares about her? Where she’s been, what she’s done? Who cares about her parents, Rex, or Uncle Bear? No one. Not yet.

Think about it. When you meet someone new, would you sit still to listen to their life history? No, it’s only after you get to know the person and find her interesting that you’re willing to go along on a journey with her, finding out more about her as you go.

No one opening your book and meeting your characters for the first time cares about their past. It’s great for you to know—so yes, imagine all that back-story that’s made her into the woman she is today, know it, and sprinkle it in as your story progresses and it is needed. Be sure to avoid author intrusion though. History can come out in dialogue, or introspection, but make sure it’s a story the POV character would be thinking about, because she knows it well.

Back to hooking readers, in essence, I’ve opened my curtain in ONE AND DONE in the middle of a scene, because everything else so far that busy morning has been boring and without any relation to the story, so it’s all implied. We know it’s before lunch and Sammi Dan’s been crazy busy. And that’s all we need to know at this point.

Writing creative genre fiction, there are rules, but once you know them, you can break them so long as you know why and your reason is a good one. And you’ll need an understanding editor, too. That said, for the most part, books start in the protagonist’s point of view. Because ONE AND DONE is a romance and women comprise the lion’s share of my audience, I open with my heroine. Hopefully, this novel will enjoy a crossover gender appeal due to the Texas Ranger baseball backdrop.

On the first page, Samantha is invited to travel to Mexico to get ahead of a rumor that the Rangers want to buy a pitcher’s contract from the south-of-the-border Rojos. It’s her decision that propels her on the journey. This is where your reader—or agent or editor—decides whether they want to go along.

Through Chapter One, she accepts, chooses a photographer, flies to Mexico, then meets my hero for a pre-game interview. A writer needs to end every chapter with a hook, too. Never give your reader a comfortable place to close your book. For the last three pages of my ten page chapter, I used a page break and switched to George Herman Walter Johnson’s POV. Here’s how ONE AND DONE’s first chapter ends:

“I wasn’t doing anything illegal. And I have never bet on a baseball game, not ever. Actually, I’m not even a gambler. I used to be a poker player, and now I’m a baseball player.”

Just like a female, she wanted more than he was willing to give. “Isn’t it?”

“Okay then, why did the University of Texas kick you out of Longhorn baseball right before the College World Series?”

“They didn’t. I flunked out. Spent too much time at the hold ’em tables.”

She batted her lashes. “I see said the blind man. So where are you taking me for dinner?”

Now on the other hand, if it is necessary to put your character to bed, never do it at the end of a chapter. Always keep the reader/agent/editor turning the page. It’s such a compliment when someone tells me that I kept them up late reading my book. I love it.

Total-E-Bound Publishing Jul 22, 2013 1
When I began writing the Uniform Encounters series, I chose to highlight professions that featured men in uniform.…
Book Review