E-books or Paperback and Hardcover Books?: I heard a couple of years ago that usually, only 10 % of the purchased books are of the kind one could read on a PC or other e-device.

I’m not sure whether the situation today has changed, yet many of my friends, relatives, and acquaintances prefer to hold a book made of paper. None of them thinks about the awful consequences that creating of paper could cause to nature… 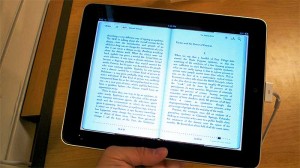 Every tree is connected to at least twenty species of animals or other plants (it depends on the longitude and latitude, please excuse me if my numbers are not quite correct). When a tree is cut off, it means death for some of these species, and much stress for the others, that could even lead to extinction.

There are many other awful consequences caused by the disappearance of the trees. Like drought, erosion, climate change… Usually, the new generation of trees grow up for about ten years, so it takes a lot of time until things are normal again… Finally, that leads to awful consequences for us humans (hunger, diseases, even death…).

I’ve heard that about 98 % of all the animal and plant species that existed on Earth are extinct since the Earth has been formed or created. I don’t know what is the percentage of the species killed by people’s way of life or strivings for a better future. But I remember when a journalist asked the famous naturalist Gerald Durrel how many animals and plants were threatened or extinct because of people’s activities, Mr. Durrel showed him two enormous volumes of The Red Book and replied: „ I don’t know, I’m not brave enough to count them…”

I also remember an excellent thought of the Indians from North America: The Earth is not ours, we just borrowed it from our children…  I guess all of us should bear in mind this excellent saying, which Antoan De St. Exupery used too, and do our best to preserve the planet… Reading e-books instead of those made of paper could be one of the ways to do that.

A writer, healthy food consultant, massage therapist, who couldn't be convinced there's something better than writing (and reading) of books ;)! I was so excited after writing my 1st Tale Of The Rock Pieces that I knew writing of books will be the thing that anyone could do until the end of his days, not being annoyed or irritated... that's why there are a lot of other books in my head that wait impatiently to be written: The Opposite Of Magic (almost written), Kids' Funny Business, The Lord Of The Christ, Lake Mystery, Space Ghosts, A Writer's Adventures, Parazites, The Origin of Gods, Incredible Future, A Detective's Life, etc...

Ever Been Saved By A Book?