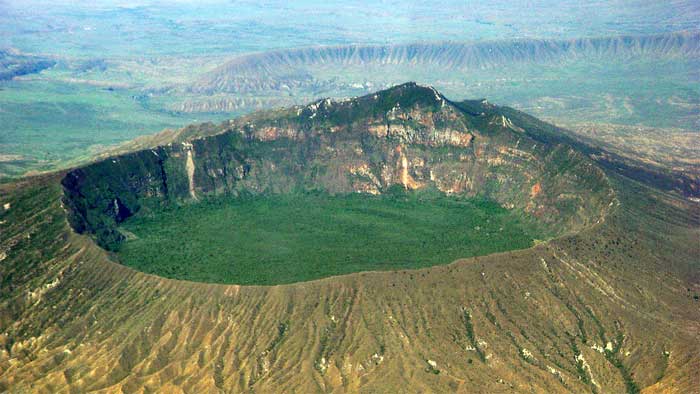 Again, Mokwele stared at his family lying down. In the abundance of everything that is good and productive yet there are wants and needs everywhere. He thought. Want and needs created by suckers and vampires!

He brought out a pack of cigarettes from his pocket, took out a stick, and lit it. He inhaled and exhaled and waved to the small gathering outside who were waiting for him to come and join them. They had conversed the day previous about how they were going to meet God at the summit of Mt. Longonot, in Kenya to discuss the socio-political and economic hiccups that had befallen them.

He put on a milk colour flowing gown that touched down to his feet. He went to the antique cupboard in a corner, took his wallet that sat on it, he opened it, and counted the money inside.

The amount inside was ridiculous, but he knew he had to leave something behind for his wife because she had complained the day previous of being down on money. He shared the money into three halves and kept two halves for her and the third half for himself.

He walked towards the gathering. It comprised two men and a lady. The lady looked troubled and confused while the other two tried to hide their state of deprivation by chain-smoking.

“How was your night, mates?” Mokwele asked.
“Do our faces tell the story of significance and earthly pleasure?” the lady responded and adjusted the collar of her jacket.

“Are we prepared for this?” Mokwele pressed on.
“We would not be here if we had not prepared!” one of the three men said almost shouting. He was tall and slim with a bushy, rough hair. “Shall we get on with this, Mokwele? I have exhausted my cigarettes, you have any to spare?”

Mokwele smiled. “You know, I was beginning to think you look like a miserable Prophet with your unkempt hair and our host would not hesitate to heed our requests knowing that you have really laboured in fasting and prayers as well. Unfortunately, I am not too certain if our host would be ready to attend to a smoking Prophet.” He joked to lighten the atmosphere; he brought out a stick of cigarette and handed it to him. “Alright?”

They walked in the direction of the mountain, Mokwele and of one of the men were ahead while the others walked behind.

At the base of the mountain, they contemplated how they would climb to the top. They finally made up their minds and began the arduous climb. Their host was waiting for them with his hands stretched out. As soon as they got close enough, he pulled them over.

“Yes, you are here?” the host said not wasting any time.
“The burning bush everywhere, God, we need a solution. A solution.” Mokwele said.

The host was quiet for some time. “I have given you brains, minds, limbs, and every other thing to put out the fire, what else do you want from me?” he asked with the utmost calm.
“We came all the way from earth to be with you in the hope that you would be able to prescribe a solution to the problems we are facing.” the lady said.

“Is that all?” God asked.
“Yes,” added Mokwele.
“My job is to create, and I have done just that. If you desperately want a solution to your problems, you will need to talk to those suckers and vampires. If they would listen. If you would excuse me.”

Weeping Willow And The Whiskey Moon