As some of you have heard, the novel An Adventure in Indianapolis is beginning a new phase of life.  Perhaps I will give it another edit and call it The Double Life of Tutweiler Buckhead and re-submit it to the major publishing houses.

I wrote to Amazon to tell them I want to take it down from there in its current eBook format.  As you can a imagine it is a bit disappointing to have a legitimate writing contract only to have the publisher not keep their part of the bargain.  They told me it was due to circumstances beyond my control.  I hope that’s true.  Regardless of the reason, this means I have to move on, whether or not I want to. 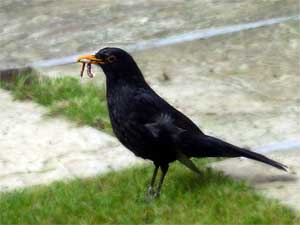 Right now, you can get the novel as an eBook.  My father told me he is willing to proofread it for me.  That is probably good.  A lot of authors and editors explain how much that can help.  Often, even when an author has done a lot of editing there are still some errors.  I believed it was of publishable quality when I turned it in to a publisher.  I believed a publisher telling me yes, confirmed this.  When I was a 19 year old woman I was not aware that it is not unusual for an author to have to submit a novel to numerous publishers before anyone gives the book a deal.  Now, thanks to having a lot of other professional writers on Facebook in the friends list, I have learned that this is normal.

You may wonder why the Facebook list and not just industry reading.  The reason is that, although I do like to write, I like people and do not really want to learn everything the same way.  I can learn at some of what I need to know interacting with other writers and I prefer that to only reading about the industry.  I have never only liked to write or not wanted to do anything else.  That just isn’t me.

Once, again, I have to encourage you to go ahead and buy An Adventure in Indianapolis as an ebook in its current form if you own a Kindle.  If you like things rough and wild and don’t mind a mess, then go for the Cafe Press version.  Mainly what the Cafe Press really does is show why I have decided against ‘self publishing’.

Meanwhile, on the nonfiction front, the little condensed paperback Five Big Questions in Life is available.  Word to the wise, in terms of content this is more like ‘orange juice concentrate’ than the stuff in a jar…Brief but full of useful tips and getting into the heart of life’s most serious questions like: what is the best way to live?  How do I know right from wrong?  You don’t need a Kindle for this.  Five Big Questions in Life.