My guest today is a ‘young man’ just shy of 65. Merle has a sensitivity that age has lent him, a practical approach to the bewildering change that humanity has turned into. As we would say from my corner of the world, he has prepared for himself a seat amongst the ancients.

He is a man made wealthy by nature, by an understanding of the possibilities of the human potential and how we have collectively frittered it away. I met Merle through the Muse, both as devotees at the altar of creativity became ‘family members’ of IFWG and have learned and shared since then.

The Author is a special breed, he dreams, makes a compass and hopes in the galaxy he might find that particular star that answers his dreams. Please have an interesting time with my honoured guest and Author: Merle Burbaugh

1 Please tell us a bit about yourself
I am called a WWII baby boomer born in 1947. The oldest of nine children, I was raised in a small farm community near Albany, N.Y. We hunted, fished, and grew our food, not for some back to the earth thing, because we needed food to live. It was many years before someone told me that because we didn’t have a lot of money we were poor people. Looking at today’s world, I feel sorry for those ‘rich’ people that lost so much of the meaning of life while hiding in their cities pretending they have the good life and never knowing the beauty of the world is invisible to them.
I joined the Army at 19 and did two tours in Vietnam. I attended a teachers college in Mo. until they tried to get me to go to an anti-Vietnam War rally. I quit and went back to the Army where I retired in 1988.
Been married to my wonderful wife for over 41 years now and have two children, three grandchildren and one great grandchild.

2. The human mind has some basic similarities round the world , would you agree or disagree?
I would agree.
People have certain desires, regardless of where they hail. They wish to be free to make most of their own choices, right or wrong. The desire to be able to find someone to love and have them love back. The wish to have basic needs of food and hearth available for themselves and their families. I also find minds are both good and evil. None are all good or all evil, but all seem to have a delicate blend of both that can be molded from childhood to lean either way. Always exceptions of course.

3. How would you classify what you write?
I tend to write along the Science Fiction genre because the mind is free to explore and present new ideas. To twist existing ideas and concepts into improbable scenarios that, if done correctly, seem to become believable, at least for a little while. I have dabbled in Westerns and other genre as well, but always gravitate back to Sci-Fi.
In my stories I do not try to sugarcoat death, having seen it up close, I find that somehow the world is being conned when people try to sanitise the truth of it, making them more willing to accept it as a first choice solution to problems facing countries the world over. 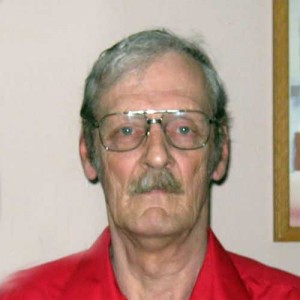 4. Your recent novella is a fantasy on abstract theme of the human mind for the sublime as it seems humanity has a need to achieve a luminous goal, why do you feel that way?
Most of the world seems adrift, no goals other than those immediate ones for self or family. Christian religion is being attacked, and others as well, as some evil plight put upon man that is demanding we have a moral rudder. The naysayer tells you man should have no morals set for them, only those they wish to apply to themselves. Any religion requires a belief and often has a set of goals or moral edicts to strive for. We have proven repeatedly the many failures when man is not allowed to believe, except as dictated by those in charge.

5. Would you say evil counterbalances good?
Right now, today, I would say Evil has started to gain an upper hand. Here in the States we pamper our wrongdoers with hotels called prisons, we coddle to illegals, totally disregarding the word illegal. We supply the drug cartels with money in our never ending quest for new highs to help escape the very reality we have created.
I will hope I am wrong and that there is still enough good in the world to draw a line and say “Na evil, you shall go no further.”

7. There is a school of thought that feels that writers are the moral compass of the world as they write from the effects of what their sub conscious has picked or sensed, will you like to comment?
I would say religion has always tried to fill that role. However, writers display the effects of the direction that the compass swings. We can hope that some small percentage of writers try to point the compass in a positive direction and perhaps influence a few readers to follow its course.

8. Circle of Seven is suited for young persons but ‘young at heart’ persons would enjoy it, writers are sometimes teachers too, what do you hope this would do for your young readers.
I would hope that some would realise that what is seen as good or evil isn’t always so easily identified. Being good does not stop one from taking harsh actions when necessary in the battles against evil. I guess the final idea would be that good can overcome evil once it is properly identified as such.
I have been complimented by three older people on presenting a good action story that didn’t require swearing in every other sentence, people notice.

9. There are authors who have written stories about witches thus spawning a morbid interest in children on all things satanic, but the works of authors live long after their own mortal death, what slice of immortality are you hoping to achieve by what you write?
Very interesting question and something I honestly have never thought about beyond my great granddaughter maybe reading one someday and saying she liked it. I will fall back on my idea that an author is nothing but a storyteller using print as their medium instead of their voice.
I guess my goal is still the same as it has always been, be it for tomorrow or a thousand tomorrows away:
To write the perfect words when combined with the readers imagination allows one to get lost in a world of the mind and escape reality, if only for a little while. To cause them to be late for work or to bed, to maybe say at its end, “Well done.” Sorry, I have no grand enlightenment to bring forth.

10. Please share a day with us on writing.
Boring at best.
I wake about 3AM every day and start both the Computer and coffee. I read and respond to E-Mails and glance over several sites for changes and additions that might interest me or give me a story idea. I tend to write many different stories at once so I can select from any ‘in progress’ works that feel right for my mood or thoughts. I will break around 7Am to eat breakfast and take my grandson to school as well as getting my great granddaughter’s day started. (Yes, when needed I will even change dirty diapers. Imagine that?)
From then the day varies drastically. Some time is devoted to reading, some to family, but usually I am back to writing before 10AM. I tend to write for hours on end, often with no concept of time. My wife reminds me it is lunch time with food or my great granddaughter will remind me she wants playtime. I have no rigid schedule I follow.
Following a personal tradition, after lunch I often spend 30 minutes or so sitting in my front yard staring at nothing, thinking of nothing in particular, enjoying the world around me, then back to work. For the afternoon, until 4PM I will write or edit any of half a dozen ideas I have running through my mind. After supper, as the mood strikes, I may go back to writing for a few more hours but am usually in bed around 9PM for my 6 hours of handsomeness rest, which my wife assures me has failed.

11. Have you ever had writer’s block?
I have a very hard time defining that. If you mean have I had a period of time when nothing came to mind on some specific story I might be working on, then yes. If you mean a period of time where nothing at all comes to mind, then no. On average I have six or seven stories and maybe a novella or Novel I am working on, all at the same time. I always find I have something to write about on any given day.

12. Your book has been reviewed by adults, have you had a feedback from a young person on your novella?
Two teens, one biased in my favor (My grandson) who read the early versions, but he is more into the vampire slayer type books. The other happens to be a Fantasy fanatic and she tore it apart, comparing it to Tolkin and Rowling. The fact she put my book in the same category as them was a shock. She had to be reminded it was only a novella and didn’t get the in-depth development given by those writers to their worlds. She liked the dragons and riders and all of the action and magic scenes, but felt there wasn’t enough ‘dark’ forces running about doing evil things. She said she liked it overall so I am happy.

13. You have briefly explored selfless sacrificing love, the ultimate gift of love as it were, are you exploring another sublime theme again in your upcoming novel.. We were Legends.
Sublime? High spiritual or moral worth? Not sure I could say yes to that.
The main character is thrown into a failing culture as his spaceship crashes on a freezing planet and he tries to introduce 22nd century ideas into a barbaric tribal society were most men have died from war and love is a concept that is almost forbidden. Fighting the norm, he finally compromises with himself and them, as he fights to save the dying planet and manages to get almost half the tribe killed. I think the best I can say is good wins in the end.

Thank you Merle for coming on Center Stage.

Ashes of the Earth