What inspired you to write The Phantom Lady of Paris?
I believe there is an unseen substance in all of humanity that unites most of us. It shows itself when we see a news story of a child born with a malady that doctors declare will kill him by the age of three. The mother is convinced the scholarly medical man is wrong. She takes her son home, nurtures and loves him. At the age of 20, that boy is alive and well, running races and winning gold medals in the 110 meter hurdles, soaring over track obstacles like a frightened impala. The mother, with no degrees (except for a PHD in love and nurturing), proves she is wiser than the doctor, with his multitude of sheep skins.

Or the story of a prisoner incarcerated 30 years for a murder he did not commit and is finally released because of DNA evidence. Our hearts reach out to the wronged man. His tale is in tune with the universal something that dwells inside most of us, the something that makes us human. 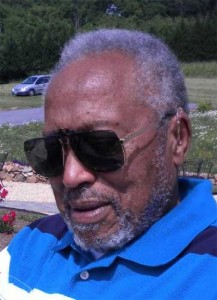 What is your book about?
On the surface, it’s about an American educator, Paul Lassar, who in 1968 ventures to Paris on sabbatical to write a novel. There he encounters the mysterious “Phantom Lady of Paris.” Although she is engaging, she conceals a shadowy secret that changes Paul’s life forever. A secret slowly exposed amid a backdrop of café bombings, Sorbonne University student riots, the overdose death of a “flower child,” strolls along the Seine and early mornings in bistros savoring the richness of French onion soup and jet-black espressos.

On another level, the novel is about all humanity and its never-ending quest to unshackle itself from the chains of conformity and mediocrity and by doing so, liberate that inner self that yearns for freedom, a freedom symbolized in my novel by an eagle soaring above the highest cloud.

Are you writing to reach a particular kind of reader?
I write for only one kind of reader – a reader who likes a good story, a tale that has some “sticky stuff” generously sprinkled in its beginning, so much of the substance that the peruser finds it impossible to extract himself. I write for those who enjoy a tale that has a beginning, middle and end, one that transports the reader on a magical carpet of words to…anywhere. Good stories never die. Romeo and Juliet is a good story. True, the main characters die, but the story lives on. I hope the Phantom Lady has a similar shelf life.

Finally, I write a story that first and foremost must please me. And I’m the most difficult writer on this planet to please. If my readers are just half as easy to please as I am, I have nothing to worry about.

What one book, written by someone else, do you wish you’d written?
Look Homeward Angel by Thomas Wolfe. Wolfe was a poet who masqueraded as a writer of prose. But he didn’t fool anyone. His prose represents some of the most lyrical poetry in American literature. His editor, Maxwell Perkins, who was also Ernest Hemingway’s editor, called Wolfe “a genius”; Hemingway, he labeled, “a writer.” There is a difference.

Do you think writing this book changed your life?

After penning the Phantom Lady, I was not the same person. The actual writing of the novel took about five and a half years. During that period, I wrote and rewrote again and again, etc. That said, the truth is, it took me all my life to write the Phantom Lady. The penning of my two other novels was preparing me to write TPLOP. The production of my countless short stories was also tutoring me on how to create the Phantom Lady. And during all this time of schooling, “the lady” was inside me clamoring to be liberated, as I was clamoring to liberate her. “Free me…free me,” she screamed. When I completed the last sentence of the novel, the lady was finally liberated. “Thank you, Calvin,” she said. “Thank you.” Finally, she was free…and so was I.