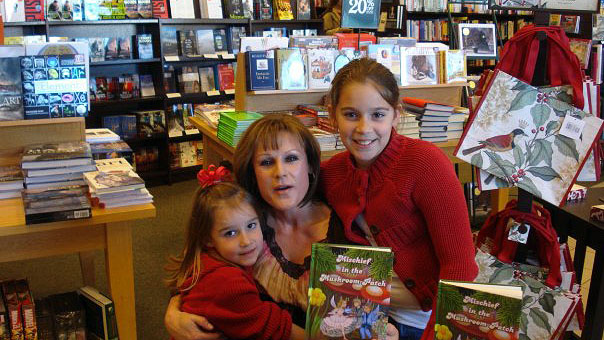 You Just Can’t Beat That!

Like most parents, summer is here and I have lost track of time! My schedule is gone, and being a diehard regimented person by nature, this has not been easy for me. I admit it, I have a schedule and I stick to it daily or at least I try. Especially regarding my work, and my workouts, although I must admit with the household chores I have one rule, “we get it done, and then we can play,” unless it’s minor stuff.

If my children say mommy let’s swim and I’m vacuuming….well swimming it is! If they say let’s picnic at the lake and I’m doing the laundry, the laundry will have to wait…I can’t help it, I am not that focused regarding that!

Writing, on the other hand, puts me in front of my laptop midway through a project and I can write nonstop for hours and with purpose. It is good that I am able to do this; I know this now, though for years I did not. I thought I was obsessive about it, but now I know it’s because my writing time is limited, daily, but limited; I have much to do and not much time to do it in. So focus on this in my life is mandatory, it is personal and important to me.

I am regimented about my workouts too but for different reasons, I enjoy them.  I often think and map out scenes, chapters, plots, etc. So needless to say with the children home, I have been at a loss the past few weeks. Writing when I can, working out at 5 a.m while my family is sound asleep, spending time with the children so they’re not bored, rescheduling appointments, signings and such, not to mention multiple soccer camps, one in particular for my oldest daughter, an all-day, week-long soccer camp.

Soccer camp was complete with drama, which soccer shirt to wear … “really because it’s soccer!” I didn’t realize shirts would be an issue since there’s a ton of shirts in the closet, however all of a sudden they didn’t fit right. (Of course last week they fit fine!). The next issue, bathing suits, for the swim break, “Oh My!” and last but not least her little sister, experiencing the tough lesson of the consequence of a decision made that she now regretted, (rough lesson to learn, but an important one none the less). Deciding not to attend a particular camp, only to change her mind once it was too late, she was ticked off.

Entertaining her had begun, thank goodness for Granddad; he was a lifesaver, bike rides, dog walks, tent in the yard…nice!  In addition to all of this, we have a vacation coming up and yet I haven’t given it a second thought, I know it’s there, I know we will have fun, I know there’s much to do and I know eventually I will get to it.

Needless to say, a lovely book signing was just what the Dr. ordered. I love my signings, they’re so much fun. Being a children’s author I am surrounded by little ones, promoting Mischief in the Mushroom Patch, I am also surrounded by Fairies…how wonderful is that!

I have a craft that the kids love to do when they are with me; an art teacher from my children’s school came up with it. It’s easy, cut, paste, flutter, glitter…fairy dust, of course! I have only come across a couple of children that didn’t want to make magical fairy wings. I love watching their little faces light up when they sprinkle the ‘fairy dust’ onto their craft; it’s a magical sight in and of itself, so spending time with the kids signing books and making fairy wings is a delightful way to spend an afternoon.

During the summer I have worked closely with a particular Barnes & Noble in regards to their summer vacation children’s events. I had no idea I had developed a lovely little fairy following, but now I do. While helping some of the children with their craft and visiting with their parents regarding Mischief in the Mushroom Patch

, I was suddenly approached by the most beautiful, little fairy I have ever met, truly! She had been to one of my previous signings and had come back looking for of all things me…she was gorgeous and I was stunned!

She was dressed in a pink tutu-type skirt just like Lilly, and her big blue eyes sparkled as she leaped into my arms. I swear I just couldn’t resist, I simply had to scoop her up. She had made my day! She talked about how she loved Lilly and how she was on chapter eleven! She said she loved the book and couldn’t put it down…my little fairy fan…I was speechless and I am never speechless!

We talked for several minutes, even discussing A Fairy Match in the Mushroom Patch

! She wanted to be sure Lilly would be there, I assured her Lilly, Boris, and Jack would be there, along with a few other fairies I had introduced. She was so awesome! We said goodbye and her mother said that she asked her, “If you have any questions or get stuck with any of the words, I will help you,” but she was determined to read it by herself as Lilly would. I was nearly overwhelmed…it was that neat to me, that my work could mean that much to such a beautiful little girl….a little fairy that day!

During the same event a polite young boy approached me, he was in fourth grade. I had visited his academy right before the summer break. He was incredibly disappointed as he was not able to listen to my presentation that day since I had visited with first through third grade but he had attended my Barnes & Noble book signing the evening I had visited his school, and we talked then. He was very interested in writing and he wanted the book but his mother was not with him that night.

She was however there Saturday and she told me how he had enjoyed visiting with me, and that he just had to have the book, she bought it for him right then. I was floored but not because we sold books that day, after all, that’s what we do at book signings, but because these children came to see me, I was amazed and am still in awe. It was such a wonderful day, a store filled with beautiful children, little writers, and to top it off an adorable fairy.

A wonderful break during a daily chaotic schedule or lack of one it seems. Though working, it didn’t feel like it at all, because I love it, all of it! Writing, spending time with the children and visiting with their parents, meeting a little fairy, again…wow, truly amazing! What a fabulous weekend book signings and fairies, you just can’t beat that!