I must start by saying that I am not much of a fan of fiction anymore. For many years I read only non-fiction, technical manuals, histories, and books about the occult. Lately, I have even stopped listening to music and watching television and movies because as an artist, I was annoyed with having other artists “inside my head,” controlling my thoughts and emotions. That being said, I enjoyed this book considerably though it may have been “not my taste.”

It was a great exploration of fantasy archetypes, brought into a modern day setting. The back story of each character, I felt, could’ve been expanded into an entire novel each in its own right to be later tied together in this adventure. I have difficulty in remembering the names of new people I meet, and this has spread into my ability to consume works of fiction. Often, characters in novels have things in common, and I often get lost and end up thinking to myself “who said that?,” or “who was that guy?” This was very comfortable to read on my part because each of the characters is distinctive from each other in obvious ways. While such distinction often leads to characters being two dimensional, it was not the case in this book, as each of the characters is provided with a rich history, their own personal modes, methods, and motivations. 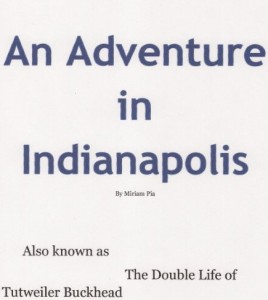 It was like reading an urban Tolkein. Character archetypes of fantasy faire, that we all too often just don’t believe exist anymore, are revealed as being as alive today as they were in the middle ages, and this urges the question “what am I?” It is always fun for me to read a piece that causes some self analysis. It is not a question of who I would choose to be, as is often proposed by the organizer of a role playing game to their players, but rather a question of experience. What have I done in my life, and does that make me fall into the category of fighter, thief, magician, or priest?

It is not unlike the trend in comic books these days. Currently, Marvel comics company has been doing a lot of what they call “Reboots.” The concept behind a reboot, is to take an old character and update them for the new audience, by retelling their story in an updated setting. Around 2002, Spider-man underwent such a reboot. Peter Parker was returned to college, but he no longer worked for the news paper as a photographer. He had been changed into a “web-blogger” (pun intended I’m sure). People have cellphones, and other things they didn’t have back when the stories were originally published in the 50’s, 60’s, and 70’s.

My only major complaint is that the story was not longer. I really felt that this book could’ve been expanded into a series, after the fashion of the recent novel to motion picture trend, such as Harry Potter, Twilight, and Percy Jackson. That being said, this is not a children’s book by any means, as it deals lightly in some adult situations and language. Overall I would recommend it to other avid readers of fantasy and swashbuckling genres, though it seems designed to appeal to a larger audience due to its modern setting, and could very easily act as an introduction for new readers of fantasy type stories into that genre.

The novel is intended to serve a gigantic audience – but it really isn’t for kids.  Just to be fair, I do write some juvenile fiction.  One example is due out through Literary Lunes this year.  Look for “JimmyBodeilo Travels through Time”.  If it’s a Jimmy Bodeilo story, its definitely for kids.

Miriam Pia
You can learn more by visiting

Barbara Garro Apr 8, 2012 0
One Page at a Time This unique format of one page for each story would challenge most writers, but Pat Carr…
Publishing