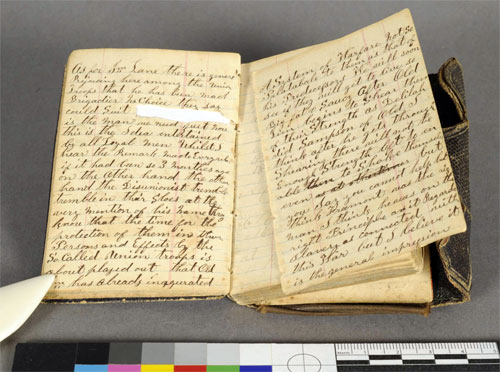 I have been Chief Editor for IFWG Publishing for nearly four years and in the millions of words I have edited, I have observed common patterns of issues with submitted manuscripts, particularly from (as then) unpublished writers. I thought I might outline six of them below.

I will not talk about SPAG, typos, or simple stylistic mistakes – from my perspective if these are endemic in a manuscript, they would never have got to the editor’s desk. The odd error isn’t an issue, and it never will be – although I would recommend strongly to authors trying to break into the market to place some emphasis on these fundamentals in your synopses, submitted chapters, queries, etc.

From a selection perspective, it is hard to ignore basic errors in submissions. Tsk, Tsk.

A writer should understand to a point where it is second nature that writing a piece of fiction is the art of simulating everyday language, not realistically capturing it. With the exception of dialogue – where the writing can get closer to the ‘real world’, it is important to write in a more formal mode than what would be expressed in ordinary conversation. When I relate some incident of the past to a person who I am talking to, there will be ums and ers and repetition, iteration, and so forth.

But this isn’t a mode you would want to use in your writing, as it would bore the reader to death, if not confuse – this is an extreme example but more subtle examples can often be found in raw manuscripts.

A few words that are often overused in narrative are ‘but’ and ‘then’, and to a lesser extent, ‘so’. These are words that spring from conversation, and perhaps idiom. They are not good words to heavily use in fiction, and it is truly amazing how often they are employed. I can spot a mature writer 9 out of 10 times by the near-absence of these words, alone.

If there is any category of mine that urges writers to write a lot, get peer reviewed a lot, and read a lot, it is this one. There are many styles to choose from, well covered in creative writing theory, but they are all simulation constructs of reality. I repeat, it must be second nature to a writer to enable maturity in fiction writing.

2. Stage Direction Versus Trusting The Reader

Many new writers feel it is necessary to spell out every eye glance, turning of the head, body position, etc of every character in their manuscripts. Especially around dialogue. Yaaaaaargh!!!! That is pretty much what I say when I read it. It is almost like the writer has constructed her story like a play, or a film, and has then taken over the role of director and has added directorial notes to each scene in the script. MARK STARES DOWN AT HIS PLATE – “I don’t know what to say… it felt cool at the time.” HE THEN LOOKS UP AND STARES AT FRED, THEN JENNY. “I’m real sorry.” Ad infinitum.

What makes fiction such a wonderful medium is that can be (should be) constructed so that the reader can fill gaps – the mundane stuff. Keep eye glances to a minimum – if not, it becomes boring and probably irritating. The same goes for turning of bodies, opening, and closing of doors constantly, marking every foot of movement within a scene. Yaaaaaargh!!! Trust the reader.

3. Chaos Versus Order for Point of View (POV)

With some small exceptions, it is sinful to change POV within a chapter, or between breaks within chapters. Sinful.

For a narrative to flow, at a micro and macro level, the reader needs some degree of stability in the sentences and paragraphs. Something to anchor the flow. Order. I won’t go into POV in any detail, but within the third person mode of writing, particularly in the past tense, the writer has amazing control of the universe and can have anything happen, any time and any place.

The switching of scenes is pretty easy, but within each chapter, or subsection of chapter, the flow hinges on how the information is delivered – it is rare to have large passages written without a POV – the protagonist, a side-kick, whoever.

And this is where I often find issues. Writers will naturally write with POV from an intuitive perspective – and not realize that they will change it in mid-stride – often mid paragraph. This disrupts the flow for the reader, and can often confuse them. If it seems ‘right’ to change POV, do it with breaks within chapters, or even better, by having these switches occur between chapters. Don’t get me wrong, changes of POV can enrich a novel, but not done haphazardly.

An old chestnut – Creative Writing 101 and all that. And yet writers will fall into the trap so many times. This can’t be a 100% rule, and there are cases where large passages deserve the tell mode, but in typical fiction it is critical to let the action, the words, the inferences, show the reader what is going on instead of treating them like young school children. This hearkens back to Issue #2 – trust the reader.

Another old chestnut, and with the same provisos as Issue #4. However, I am not so much interested in the redundant half chapters, or even whole chapters that need to be eradicated – again, they are pretty self-evident. I am referring to the micro – the sentences that have too many words, or even clauses, again echoing the non-compliance with the ‘trust the reader’ epithet.

I sometimes feel that certain sentences which are clumsy and hard to follow (often too long) exist because the author liked the start, and when confronted with painting herself into a corner, announces “damn the torpedoes!”. With a little thought, perhaps a bit of a break, a rewrite will clear it up and it may or may not require a complete rework or splitting into multiple sentences.

It amazes me how often just shaving off a few (or more words) is enough to turn a poor sentence into something sparkling and fresh (and most importantly, flowing).

I know I said I wouldn’t talk about the absolute fundamentals, but I have to say something about the prevalence of word echo – repetition of words (or roots of words) in close proximity. There is no exacting science in determining some, but I can put my hand on my heart and say I can spot them every time, unfailingly. As a writer, I can miss a few, but a reread will usually pick them up. This is one of those ‘intuitive’ traits of being a writer – one of those skills that make up the craft.

Changing Understanding of the Story

Alan Place Nov 1, 2020 1
Dreams Fuel My Writing Most of us have woken and thought, where did that dream come from? For several years,…
Publishing