Crackling with tension author Lori Gaudet ensnares the reader into the twisted life of a serial killer in her book: Where the Bodies Are. Fear and suspicion prickles at the sensibilities of a cast of characters who all have reason to distrust others as each seeks to shelter the secrets they carry deep within their souls.

A man seeks to find and connect with his long lost sister, Cassie. He feels as if he failed her long ago when they were children. He berates himself for not being able to keep Cassie safe from the traumatic events of their childhood. Now he stalks women whom he believes might be Cassie based on how he thinks she might look as an adult.

Eventually, he kidnaps the woman he has been stalking, taking them to a secluded, abandoned farmhouse hoping she will recognize him and embrace him as her long lost brother. When they do not know him, his wrath overtakes his reason and in a rage induced blackout he beats them to death. He buries them in shallow graves on a parcel of land that has older secrets buried in the earth.

Something has changed as body parts of the woman are discovered in public places so that they will be found. The killer’s mind is torn by guilt, fear and confusion. Has he placed the women in public places instead of concealing them as he had before? Does he now have a desire on some deep level to be caught and stopped? One of the women he dumped in a dumpster behind a business has managed to survive and is taken to the hospital. Police dub her Jane Doe as no one has come forward to claim her, let alone report her as a missing person.

A reporter Lawrence Hawksworth in his quest for a story sneaks into her room and takes a photo of this Jane Doe, hoping to help identify her.

Hawksworth pursues his story while detective Jim McNelly seeks to understand the case as he searches for the answer to the crimes. The answers eluding him at every turn as more women go missing even the Jane Doe disappears from her hospital room

The revelations of the past at last come to light as the story reaches its climax, however, that I shall not reveal; you will have to read this story to learn the truth.
▬ S. M. Senden


WHERE THE BODIES ARE

He sat there, stunned, feeling numb and detached the way a heavy fog makes the world seem far away and unreal. Faint ghosts of his actions moments before tickled at his memory.

The memories of his sister’s accident so many years ago, vague and full of missing pieces, huddled in the dark corners of his mind, giving him teasing glimpses that he didn’t want to see.

He couldn’t quite remember what happened on that tranquil neighborhood street. The memory was just right there, tantalizing and dreadful, a gossamer veil he could just barely brush with his fingertips. Drawn by the need to see as much as by the revulsion and need to escape it, the man wanted to pull the memory up but didn’t dare. He tried to push it away instead.

The scene, the fantasy he’d replayed in his mind over and over a million times as a child until he’d finally pushed it away and blocked it out, now teased and tormented him, flashing glimpses at him in a blinding fashion, confusing the past with the present.
More confusing were brief flashes of scenes on that street.

The happy smiling face of a little girl looking up at him with eyes full of trust. The terror filled eyes of a woman in a face twisted with determination.
An approaching car.
The pleading look of a child standing on the sidewalk.
The beautiful trusting eyes of a little girl turning to a liquid look of fear.
A little bundle of teeth and hair.

“What did I do?”
He looked down at his hands. He held out his hand, staring at it in wonder. The flesh was punctured, blood still dripping from the wound. He felt a wave of sickness wash over him, reeling with a strength-sapping stomach-churning, dizziness.

“What did I do?” His voice trembled.
A black void now lived where the memories of the moments between watching the house and being awakened by the wail of a police car should have been. It was impenetrable.

He’d blacked out, lost time and memories. Just like that time he’d gotten stupidly drunk as a younger man. Only this time he wasn’t suffering from the after-effects of alcohol poisoning. He had no memory of what he had done, but he knew. My God, he knew. And even God would not wash this sin away, would he?

He had tried to kidnap that little girl, that innocent little girl who he would never think of hurting.
He leaned out the open car window and vomited. His whole body convulsed with it, vomiting until there was nothing left to vomit out but his self-disgust.
He would gladly vomit that out too if he could. But no, he needed that self-loathing, that putrid disgust. It reminded him of who he was. What he was. He deserved to suffer. He could kill himself, or turn himself in. But that would be an act of kindness that he didn’t think he deserved.

His stomach continued to clench painfully, heaving long past when he was certain he must have puked his empty stomach out to join its contents on the dirty pavement, his whole body shuddering with each painful spasm. 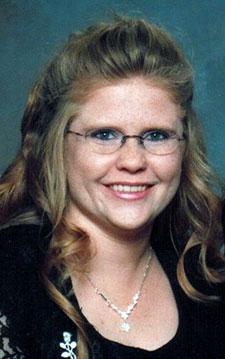 L.V. Gaudet is a Canadian fiction writer whose writing has a vein of darkness to it. She is a member of the Manitoba Writers’ Guild and lives in Manitoba with her husband, kids, and shelter dog.

L.V. has always had a love for the darker stories; from sneaking to the basement late at night as a child to watch old Vincent Price movies to devouring horror books. For years, she played at writing before finally going public as a writer.

After years of practice, L.V. went back to the work in progress and completely re-wrote the story that became Where The Bodies Are.

Author’s note:
This story was years in the making, being completely re-written into something very different from the original idea.

Perhaps the worst part of writing and editing this book was finding myself driven by my own compulsion, a compulsion to dig deeper into the story behind this one, making me put this book aside to delve into the darkness that lies within it.  Or maybe that wasn’t such a bad thing.

With that urge I wrote The McAllister Farm, a prequel to this story that goes deeper into the history of the story behind the killer and started writing White Van, an entirely different story within this killer’s world.

Other works in progress from L.V. Gaudet, include: