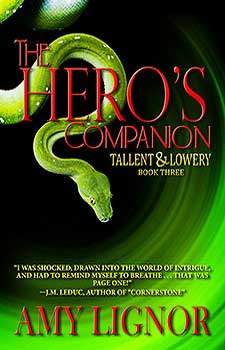 Leah Tallent and Gareth Lowery have seen it all. From walking the halls of an eerie house that held clues to one of the biggest puzzles in history; to going up against literal madmen in order to save a relic that could alter the world, the Tallent and Lowery team have had to utilize everything they had to survive.
Now . . . Leah’s father has gone missing. They

have only seven days before he will be killed, and the only clue to follow is a picture of one of the most famous icons of all time. Heading to her hometown, Leah begins her search for anything that will point her in the right direction. But all she finds is a mother who has fallen apart, talking about things that Leah doesn’t understand. Discovering a strange map stuck to the bottom of her father’s desk, Leah and Gareth are joined by a young woman who has a secret all her own.

“I have to say that Ms. Lignor has done it again in providing her fans with a heart-stopping third installment of the Tallent & Lowery series. Right from the start, my heart was pounding in my chest from all the intrigue and adventure that awaited me.”
— Tammie King, Night Owl Reviews

“When we think of historical thrillers with a biblical, epic twist; the names of Dan Brown and James Rollins come to mind. Move over boys, there is a new name on the top of the list and HER name is Amy Lignor!”
— J.M. LeDuc, Author of “Cornerstone”

“Abduction and strange maps, mysterious locations and intriguing players, Tallent and Lowery…Amy Lignor has, once again, put together a story that will turn up your anxiety level and have you wringing your hands until the very end. Lignor has hit literary paydirt with “The Hero’s Companion” and her Tallent & Lowery series.”
— DJ Weaver, co-author of “Collecting Innocents”

PROLOGUE
Screaming wouldn’t do any good.
Just like the teenage babysitter in a ‘slasher’ movie running away from the masked, knife-wielding killer, David Tallent knew that death was inevitable. But, in contrast to the grotesque Hollywood flicks, he was also entirely certain that his death would take far longer than ninety minutes to achieve.
In fact, they’d told him he was looking at seven days. Seven days of worry . . . seven days of regret, and seven days of sitting in this luxurious room waiting for something to happen that would unveil the truth that’d been hidden for centuries under the mound of dirt sitting right outside his window.
Walking over to the double doors of the penthouse porch David closed his eyes, attempting to find a prayer for forgiveness, but none would appear. Considering all the hours, days, weeks—years that he’d spent immersing himself in various religious cultures; it seemed almost like a punishment that he had no words to say in order to escape a final judgment that he knew was going to be beyond painful . . . even if it was completely deserved.
Sighing, he opened his eyes once again and stared down at the smaller building attached to the mighty hotel that rose from the desert sands like a stalagmite of glass and steel that some futuristic god had created—bringing the new and old world together.
Night was approaching and the neon lights below grew brighter, casting David in an unearthly pink glow. He could almost hear the clanging of silver coins falling through the slots down below and the jubilant shouts of excited gamblers who’d finally scored their lucky break.
Stifling his bitter snort, he watched people flow through the big glass doors to pray at the altar of the almighty dollar. The American capitalism that so many here condemned had made its way across the ocean quite easily. This was no Vegas, but it was certainly a bevy of greed and sin located smack dab in the middle of the locale that was once home to the heroic deeds of mankind.
The hand-carved oak doors suddenly flew open behind him, slamming so hard into the newly painted walls that a chunk of plaster fell to the plush Oriental carpet. David stifled his cry of fear as he watched the two large men who’d been guarding his door carry a package into the room. He stayed back when they heaved the burlap sack on top of the glass table, shattering the fragile piece of furniture into a million pieces.
David’s throat grew dry as the lump hit the floor with an audible moan. He glanced at the polished guns that sat in the belts of the two giants, warning him against any ill-fated attempts to escape.
One of the greasy, black haired men stepped forward; an evil grin beamed from his pockmarked face. “We thought you could use a little company.”
His grimy cohort grunted, “Yeah . . . a little family reunion.” 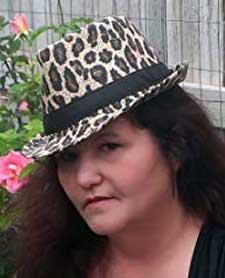 As the daughter of a career librarian Amy grew up loving books; ‘Patience & Fortitude’ at the NYPL are still her heroes.

Beginning in the genre of historical romance with, “The Heart of a Legend,” Amy moved into the YA world where her first team from The Angel Chronicles became a beloved hit.

Moving into the action/adventure world with Tallent & Lowery, Amy has created a new, incredibly suspenseful, team that has once again exploded with readers everywhere.

Born in Connecticut, Amy is now living in the bright sunshine of Roswell, NM, delving into her next adventure.