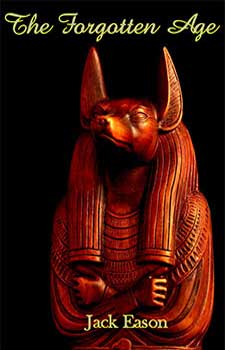 In the world of archaeology, some things are just not meant to be. Only the brave or foolhardy will ever dare to challenge the establishment and its accepted theories. Previously, Dr Nick Palmer had proved himself beyond any reasonable doubt by saving the Earth and the entire Solar system from total destruction on December, 21st, 2012, enabling humanity’s new seventh age to begin.

Now it was time to upset the academic world once and for all. He returns to Egypt to find the fabled library of the ancients he previously visited in 2012, while searching for an alien countdown device, to disprove the blinkered thinking over who was responsible for sculpting the Sphinx as well as establishing the true purpose of the pyramids. Along the way he is joined once again by most of his old team and a few new recruits. In their bid for proof they are subjected to all manner of obstacles put in their path.

Apart from attempted murder, kidnapping and torture, even the environment is hostile towards Nick and his team in his latest adventure. Will he succeed in his quest for the truth about the Sphinx and the pyramids? Find out when you read this sequel to The Seventh Age.

I couldn’t help thinking about Indiana Jones while I was reading about Nick Palmer’s adventures in The Forgotten Age by Jack Eason. A rollicking adventure of caves, tunnels, hidden entrances and unreliable maps leading to …. well, I won’t write a spoiler here. Enough to say that this is a very well written adventure tale with plenty of twists and turns along the way. If you have any interest in ancient myths, Egyptology or archaeology, you’ll surely enjoy this new Nick Palmer story.
— Derek Haines

I don’t often give out five stars on a review but Jack Eason’s The Forgotten Age deserves all five. This book that follows on from The Seventh Age, enthralled me from Prologue to Epilogue and all chapters between. I have to declare an interest here, as I’ve always been fascinated with Egyptology and archaeology so it was no hardship for me to read this new Nick Palmer adventure that kept rolling along like a runaway roller coaster – and with such credible characters for first-rate company along the way. I can say definitely worth adding to your wish list or better still buy it today.
— Gerald Neal

“Remember when it seemed as if we were all going to perish last year? When the chaos began, I was here in Cairo. More specifically, I was studying the Dream Stele looking for possible lingual connections between Pharaonic Egypt and my own field of expertise – ancient Sumeria. I became aware of something on one of the Sphinx’ front paws which I now wish to explore further. I think I may have found a secret door.”

Faisal focused stony faced on Nick for a few moments before he broke into a grin and replied, “Ah, you mean the second entrance to the library of the ancients. Yes I know of it. Before the Earth began to destroy itself, I used to work for the assistant site administrator, Dr Hassan from time to time. He knew of the door, although he had not been able to open it.

All of his academic life he has been one of a tiny handful of Egyptologists who fervently believes that the blocked tunnel in the lowest room in the bedrock on which the pyramid of Khufu was constructed, led to an underground labyrinth of some kind connected to the library, constructed long before the pyramids themselves where built.

Unfortunately for him, his thesis is never likely to be proved. Infighting among his colleagues together with corrupt officials like his former boss, Professor Aazim Ibn Muhammad, who quickly fell out of favour when the military dictatorship ended a few months ago when he shamelessly courted the world’s press for his own ends to try to get himself elected to the new government as the Minister of Antiquities, literally swept aside any hope for Dr Hassan.

Back then to hypothesise that anyone other than the pharaohs was responsible for the Sphinx and all of the pyramids, was tantamount to committing academic suicide. As a result, Dr Hassan now finds he is persona non grata in the extremely jealous world of Egyptology, banned from all sites and any further research.”

Having been ostracised by his so-called elders and betters in England’s equally stuffy archaeological fraternity, Nick completely understood. Indeed, he sympathised with Dr Hassan’s predicament.

Quickly returning to the present, he could hardly contain himself when he asked, “you mean to tell me that there is another more accessible entrance to the library Faisal?” 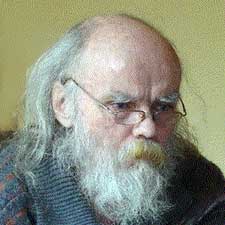 Born in the English county of Suffolk in 1948, from the age of ten, Jack spent most of his life in New Zealand until 2000 when he returned to his birthplace. As far as he is concerned he will always consider himself to be a Kiwi.

After military service in the 1960’s, he travelled the world, visiting many places, speaking with many people across the world over the years. Now he is content to write and travel via the Internet.

He now lives in semi-retirement surrounded by his favourite books, ranging from historical fact to science fiction.

He has now written his second science fiction novel “The Seventh Age”, a story about ‘time’ set in the present.

When not engaged in writing science fiction novels he continues to add to his stock of short stories.

He also contributes to his blog and to Angie’s Diary, where he just received the rank of Maestro for his esteemed submissions and being one of Angie’s top 10 contributors, in addition to becoming Author of the Month in April 2011.

Other books by Jack Eason include: