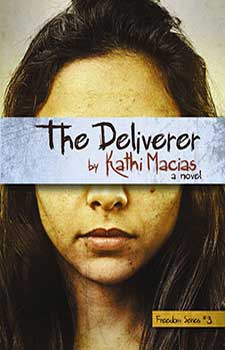 With well-defined characters we have come to know, Kathi Macias brings a satisfying conclusion to the story of Mara and the other girls in the story.

Both heartwarming and heart-rending, The Deliverer is a story and characters you will long remember after turning the last page.

In The Deliverer, Mara has to make some major choices: 1) whether to trust her feelings for Jonathan, despite the fact that she fears men in general; 2) will she risk returning to Mexico to find her family, the very ones who sold her into slavery when she was just a child; 3) will she receive God’s forgiveness and then offer that forgiveness to those who have so viciously hurt and betrayed her?

Lawan is also deeply involved in this final book, as it opens with her winging her way from Thailand and all that is familiar to come and live with the family who adopted her younger sister, Anna. Though still a child herself, Lawan has survived nearly three years in a brothel and feels much shame as a result. Will she be able to bond with her new family and allow God to heal the losses and pain she has sustained in recent years?

Jonathan too has much to deal with, primarily his feelings for Mara. Can he, a Bible college student, establish a deep and meaningful relationship with a young woman who has spent the majority of her life as a sex slave?

At New Hope Digital (newhopedigital.com) you can find study questions for each book in this series and an “ideas and resources” list to help educate readers and enable them to apply what they’ve learned and become actively involved in this massive and ongoing human tragedy—Trafficking in Persons.

Prologue
The sun set early in late November, and though a pleasant warm spell had kept San Diego’s daytime temperatures in the lower eighties for the past week or so, the air cooled quickly as darkness approached.

Mara didn’t mind. She loved watching the sun go down over the Pacific at any time of year and in any sort of weather. Just being able to sit on the seawall and watch the colorful streaks in the broad expanse of sky, seeming to frame the dark and restless ocean, reminded her of how precious her freedom was and how much she’d endured before obtaining it.

She zipped her windbreaker against the encroaching dampness and then gazed down at the envelope in her hand, postmarked Juarez, Mexico. She’d nearly memorized the words in the one-page letter, handwritten by the fifteen-year-old girl Mara had helped to rescue just months earlier. Mara had been working at her waitressing job when she spotted Francesca with her owner and immediately recognized the signs of a girl caught up in human trafficking. The situation had dredged up many of her own dark memories, but Mara was glad she’d been in the right place at the right time to assist the girl’s release and eventual return to her family.

I’m just glad she had a family and a home to go back to, Mara thought, resisting the tears that bit her eyes as she compared Francesca’s situation to her own. At least Francesca had been kidnapped, not sold into slavery by her own parents.
Mara shook her head. She had to stop this constant slipping back into self-pity about her past and just enjoy the present. She was free now, working and hoping to start classes at the local college after the first of the year. It was more than she had ever dreamed of during her ten years of captivity.

She pulled the letter from the envelope and squinted to re-read portions of it in the fading light. The baby will come soon…not sure yet about adoption…praying for the right answer. Mara too had become pregnant during the years she lived as a sex slave—several times, actually—but she’d never even had the chance to choose to carry her babies to term. Always there was a forced abortion…and always she had to suppress her grief and go right back to the life she despised.
Never again, she told herself. And never again for Francesca. But what about all the others…?
The tears won over at that point, dripping onto her cheeks as she thought of Jasmine and others who had died at the hands of their abusers. She thought too of what she’d heard about a young Thai girl named Lawan, rescued from a brothel in the Golden Triangle and even now winging her way across the ocean to join her adoptive family right here in the San Diego area.

One more set free…so many left behind. No matter how hard she tried, Mara could not banish that truth from her thoughts. She’d often talked about that very thing to her friend Barbara Whiting, the lady involved with an outreach to human trafficking victims, and Barbara too had lamented the many who never escaped. “But that doesn’t mean we quit trying to help them,” she’d said. “We may save only a small percentage of them, but each life we save is precious and makes our efforts worthwhile.”

Each life? Even mine? Mara wasn’t so sure, though she wanted desperately to believe it. The reminder that she had also discussed this topic with Jonathan, the handsome Bible college student who had helped rescue her more than two years earlier, brought a rush of heat to her cheeks, and she was glad for the near darkness that hid her emotions. She had tried to deny her feelings for Jonathan and to hide them from him, but he’d faithfully kept in touch with her through letters since going back to school this past fall. One of the things he said to her over and over again was that her life was precious to God and that He loved her and had a purpose for her. At times she dared to believe it, but most of the time… 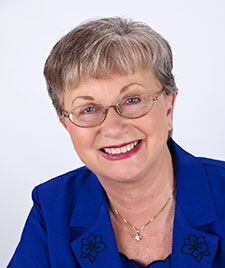 Kathi Macias is a multi-award winning writer who has authored nearly 40 books, including the “Extreme Devotion” series, Beyond Me, How Can I Run a Tight Ship When I’m Surrounded by Loose Cannons?, Mothers of the Bible Speak to Mothers of Today, the best-selling devotional A Moment a Day, and the popular “Matthews” mystery novels.

She has ghostwritten for several prominent individuals including Josh McDowell; former NFL player Rosey Grier; and the late chaplain of the United States Senate, Richard Halverson.

A former newspaper columnist and string reporter, Kathi has taught creative and business writing in various venues and has been a guest on many radio and television programs.

She won the 2008 Member of the Year award from AWSA (Advanced Writers and Speakers Association) and was the 2011 Author of the Year from BooksandAuthors.net.

Her novel Red Ink won the 2011 Golden Scrolls Novel of the Year Award and was also a finalist for a Carol Award from American Christian Fiction Writers.

A popular speaker for women’s retreats, conferences, and churches, Kathi has taught creative writing and business writing in various venues.

She has served on staff at a large church in Southern California, where she participated in biblical counseling, trained small-group leaders, and oversaw support/recovery ministries.

With women’s ministry as her primary interest, Kathi also loves reaching out to others through various prison and homeless ministries.

Passionate about praying for and aiding the persecuted church around the world, Kathi is a mother and grandmother and currently resides with her husband, Al, in California.

Kathi is passionate about:

Other books By Kathi Macias