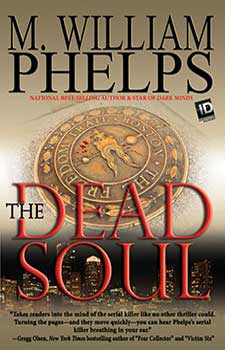 In this first novel, serial killer expert, star of Investigation Discovery’s hit series DARK MINDS, author of twenty-three books, M. William Phelps takes readers into the twisted world of “the Optimist,” a sadistic serial killer—based on Phelps’s ten years of research and writing about serial killers—bent on not only terrorizing his young female victims, leaving their naked bodies along Boston’s Freedom Trail, but also driving Detective Jake “Sundance” Cooper to the edge of insanity as the cop fights to redeem his imploding career.

Through an investigation revealing the true madness and evil of this killer, Jake’s mentor, Detective Mo Blackhall, is on the verge of being indicted for his role in a Big Dig corruption scandal, putting Jake at the center of choosing blue blood loyalty over the truth.

Strap yourself in and prepare for a thrill ride of suspense, mystery and police procedural drama, with a captivating and honest look at the underbelly of Boston’s mean streets, driven by a cast of characters reminiscent of Dennis Lehane’s greatest fiction.

Praise for “The Dead Soul”

“Phelps’s “THE DEAD SOUL” takes readers into the mind of the serial killer like no other thriller could. Turning the pages—and they move quickly—you can hear Phelps’s serial killer in this book breathing in your ear.”
— Gregg Olsen
New York Times bestselling author

“Read the first page of “THE DEAD SOUL” and you won’t stop. … Phelps’s narrative grabs you by the lapels and doesn’t let go.”
— John Lutz
New York Times bestselling author

He did not plan on killing her. As he entered Sam Adams Plaza, a Cessna purred overhead, trailing behind it a banner advertising a one-day sale at Shamrock’s, Boston’s #1 Automart. The mobile billboard fluttered in front of a myriad of puffy white clouds. He carried a bag in one hand, a camera in the other. Over his left shoulder, the noon bells on the Customs House clock tower chimed. Street performers entertained throngs of people in the square.

Where is she?
A lanky college kid dressed in bulky parachute pants and a black and white striped jailhouse T-shirt spun his unicycle in circles. He juggled three different-colored balls. Bongo music played, accompanied by tambourines and finger cymbals. The crowd clapped along to an a capella version of “Gimme Shelter.”
The most dramatic of the street performers was a team of gargoyles spread out around the square, skulking and crawling. Some were hidden in places no one expected. Others sat statuelike on park benches, never breaking character. They were not friendly-looking creatures. Concrete-gray from head to toe, they appeared to have walked off the stony plinth of a medieval cathedral somewhere. Their fingernails were pointed. Tapered. Thornlike. The wings of Satan’s angels strapped to their backs.

A hundred feet north of the Faneuil Hall entrance, he sat on the base of a water fountain, waiting for her. Impatiently, he checked his watch. It was hot in his uniform. He scanned the large crowd, using the telescopic lens on his Nikon as binoculars.
He stood up, frustrated. Walked toward Paul Revere Creamery. He had made sure to check his notebook before leaving the house. He was certain. She had purchased a plain vanilla cone every Monday for the past four weeks.
It was just after noon on a Monday. Where in the hell is she?

As he walked, a gargoyle followed him.
The man with the camera was determined to introduce himself to this woman who did not even know he existed. He wanted to show her the photos he had taken over the past several months; hundreds of black and white images of her.
A Northeastern student, Alyssa usually parked her orange VW Bug along a deserted alleyway between State and Milk streets. After volunteering at the soup kitchen nearby for a few hours, she liked to stroll about Quincy Market and shop.
He finally spotted her. Alyssa walked out from underneath a vendor’s tent. Amid the mass of people puttering about, she passed right by him, brushing his right shoulder.
He stopped. Took her in. A long, slow inhale. Her fragrance went through his senses in layers—lavender flowers, nutty baby powder, mango body wash—as he closed his eyes.
Yum. 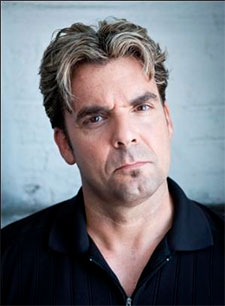 Currently, Phelps is interviewing people, collecting research and actively working on three new true crime books. The intensely dramatic story of Bobbi Jo Smith and Jennifer Jones, two teens from Mineral Wells, Texas, crazy in love and on a “Thelma and Louise” run across the southwest after allegedly committing a gruesome murder.

The yet-to-be-titled Jones/Smith book is about love, lust, lost innocence, murder, black magic, betrayal, and what happens when a kid grows up without much direction in life.