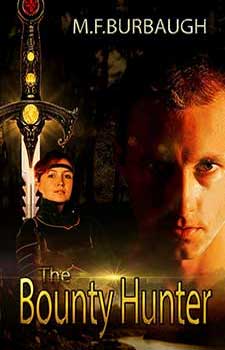 The god’s do not always smile on the innocent.

Sir Wendel, once the youngest Knight in the land, has fallen from the good graces of the new king. His wife and child are brutally murdered as he is forced to watch and he is stripped of all his possessions save his sword which carries a name, a special name, called Ferocity’s Revenge.

Roaming the lands of England he hires out as a bounty hunter, soon he is known by this new name. When people want the best they seek The Bounty Hunter. With little more than a death wish he is thought to be fearless.

Join him in this saucy, revengeful, swashbuckling, epic story, as Sir Wendel finds himself in intrigue and mystery when he takes on an apprentice as part of a large fee deal, a young princess of a foreign kingdom bent on revenge and willing to do anything to get it.

This book is deceptively simple as the title goes. You are tempted to expect a rake, ladies of easy virtues and greed. You expect to read about ruffians, roughnecks and a character that will be soulless, amoral and mean.

Sir Wendel the main character is not a rake, a roughneck and does not fit in to the general definition of a bounty hunter. You find that Merle has written a beautiful deep story about the human mind, its preoccupation with myth, gods and wars.

You read the Bounty Hunter, and came away from it scratching my head. I had at first read just enjoyed myself until the sneaking feeling came that it was not just any story about thieves, but questions about the necessity for war, empire, and man’s real place in creation and what he really wants.

I did not have answers but like Walter Kaperon whom I think is the real Merlin of the book.. everything is not really as it seems and Man has existed continuously but has learned very liitle despite the efforts of the gods, science and creation.

I wish to congratulate Merle on this book and also IFWG publishing. They seem to have a good nose.
— Biola Olatunde

A Pact with the Underworld
I sit reading an old scroll from an ancient story, a group of shepherds by a grave, an old grave. The quote on the tomb is, ‘I too am from Arcadia’. I’m thinking, yes, ‘I too am from Malkin’, but was it something I wanted on my grave? I’d really have to think on it. To once more be allowed to go home.

The next scroll is an expanded one we are taught from the birth of our origins, it comes from the Sumerian people. We were created by the evil gods of beyond to be their slaves, like almost all the religions it tells we are forbidden to learn knowledge of or from them for fear of revolt. It tells of rebellions and wars and anger, not by man, but among the gods themselves. We are one of many racial lines, all similar, of places that may hold one-hundred Englands, similar yet different, and of gods fighting for control of them all.

Dang, hundreds of me? Pity them all.

My reading was disturbed by a very beautiful blonde. “Please, will you help us, Sir Wendel?”

“Now that’s a name I have not heard spoken in but whispers for a few years, young lady. Might I caution you to not speak it so loudly. That title no longer exists. I am simply called The Bounty Hunter.”

She looked around, we were quite alone in the little corner of the Tavern. “Hear my proposition then, Bounty Hunter.” With that she dropped a sheaf of hand written documents on the table. I picked them up, giving them a cursory glance.

“What you read of is convict 171645 while in his last meeting with his Presenter before he was executed. He lays in the death room waiting for a reprieve from the Superior Court in Krilldane. A reprieve that has never come in almost fifty years of any convicts waiting.”

What I read was of a young man of sixteen, strapped to a table and talking to an old man in a wheeled chair. I could see the boy’s face clearly in my mind from the description. The man in the wheeled chair was fairly well detailed as well.

People to be publicly hanged when royalty was present were ‘prepared’ by the monks to make sure their bodies were cleansed of anything that might cause embarrassment to the ladies of the court while the convicts are slowly hanged in the square. They spent the last forty-eight hours of life strapped down with no food or liquid—if they embarrassed themselves, the executioner could well be the next one to swing.

The blonde lady brought forth a wisp of a lad who stood silently. “This lad here is Lyle, he is deaf. He reads lips and what he says he heard is quite interesting. The story you read is as he related it to my scribe.”

The boy couldn’t have been over twelve. She explained, “He is the executioner’s helper, and because he is deaf he is permitted to remain in the death chambers, since it was believed he could tell no one what was said.” She turned the boy and spoke as he watched her lips. “Lyle, tell the man what was being said, please?” the young lady asked.

He had a deep raspy voice. He tells the one in the wheeled chair. “You swore it would not go this far! You knew I was innocent. What happened?”

The one in the chair says, “They paid you well, far more than your life is worth. I suspect they changed their minds.” 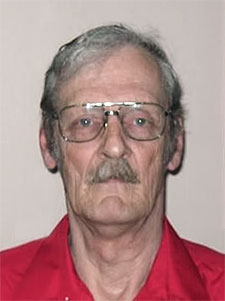 Born in the post war era of 1947 and raised in the farm country of upstate New York, MF Burbaugh saw ground level life and death.

After 21 years in the Army, he now resides with his wife of forty-two years in El Paso, Texas.

He is both an avid reader and prolific writer. He writes mostly in the sci-fi/fantasy genre.