Xmas.. in my village as I remember

I watch preparations now for Xmas and I keep remembering how it used to be for me in my village when this season comes around. Dusty roads, my hands, and feet bitterly coal. That is when the log fires in the room are appreciated. 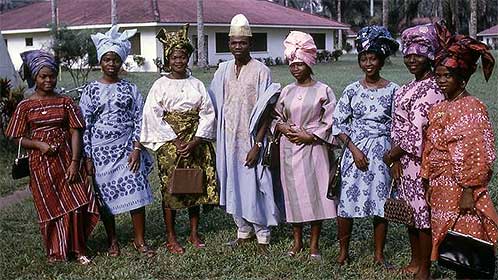 Most homes then generally would have a log fire in the rooms especially if you have an old person. So we always had a log or two with its fat glowing embers. I doubt if we really had much understanding of what the festival we were celebrating was all about. Our one single dress for Xmas and New Year would be wrapped carefully.

Dad would have gone to the farm and brought in the yams. Rice was a rare luxury. The game had been left roasting by embers and would now be really hard. Dried of all moisture, it would be in the rafters same as the ears of corn, due for planting when the splatter of the rain gasping earth later in the new year.

Those who had reason to say thanks, or had a responsibility to grandma would be around with stacks of firewood ensuring we could make merry. I was extra special in the house as Papa would generally have ensured I had between six or seven dresses made ready for Xmas for me.

I never understood and his wives never did. But Xmas was a time we all looked forward to.

As the game got bigger, the wives of all brothers, uncles would pool together to prepare them and it was shared out evenly including wives of the younger braves in the family who had yet to become good hunters. They generally brought in their contributions too. A small porcupine, an ant-eater, or armadillo. The armadillo was favoured for palm wine drinking.

The younger children of the house would go from house to house sweeping, clearing weeds, roasting palm nuts, and generally preparing for the festival. The members who lived in town would start arriving around this time so the children would be looking forward to seeing a loved big brother, sister or relative.

When Xmas eve arrives, the wives would go to the market to supplement the peppers, tomatoes, and other things. In our household, it was usually buying things like salt, or locust beans. I did not much care for the taste locust beans had but I was not in a position to affect a family tradition.

The game came down from the rafters, and we would have very big iron pots of boiling water in which we poured the cut game so we could steam the darkened pieces. It would be emptied into giant bowls and the children would be asked to wash them clean.

For the children, the festival had started. The pieces of darkened and burnt meat that would not make it for the pots would end up in our throats. Soon enough, you were not so sure if you had swallowed charcoal or meat. They all tasted like charcoal to me anyway.

In the evening, we would band ourselves in our age grade, sing songs for the women around big fires as they cooked the vegetable soup. Several local cuisine or we would tire and roam the village streets singing songs. It was always an all-night affair. We walked, sang, and walked again. The village security was always relaxed at this time so there would be no gong at ten and nobody was arrested for going around the village.

In the morning, the excitement would be palpable as we had our bath in very cold streams, rubbed the water down, and wore our very new dresses for the first time. Mothers had been up since the crack of dawn so there will be steaming pounded yam to eat before heading for church.

For the children, the church service tended to be a strain as most of us could be caught for sleeping. We had been on high of excitement and in the quiet of the church and the droning voice of the pastor, we would succumb to a longed-for sleep.

Now as a grandmother, I remember and smile at an age when innocence was like dew on the promise of life.