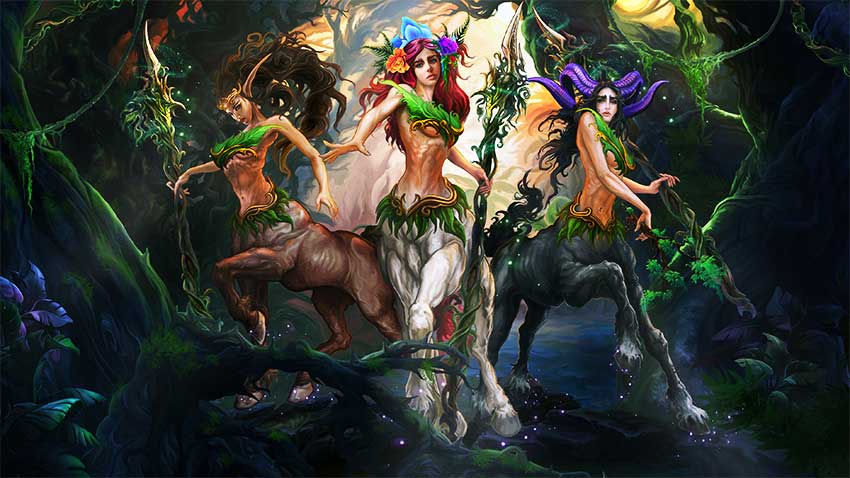 Once upon a time, long ago, Tinker Bell talked Peter into visiting Willawikki, the Land of Fairies. Since fairies go where humans go, they have been spotted from top to bottom, east, and west, from continent to continent. But, do you suppose travelers are hauling them in their back pockets even now as we speak?  Do you suppose they are traveling the internet? After all, fairies exist as the shape of energy or vibration in the ether, or even an echo. Some can even be touched or captured, but gravity cannot hold them on earth.

The daughters of the King and Queen of Willawikki are Tinker Bell, Nina, and Bee. Nobody knew how old they all were, just that they were mature enough to help other fairies to evolve.  Those like Nina and Bee who consistently win get what they want because they know what they want.  They see it, feel it, and experience it in their minds and hearts. They have a map, a flow chart, and a timeline. They know what they need to do when they need to do it and the order in which it must take place.

Tinker Bell was so excited to introduce Peter to her sisters. Peter’s first glance at Nina sent him chills all over his body like a pulse of electricity had hit him. She reminded him of a younger Wendy with her long blond hair and blue eyes staring him down. As usual, Tinker Bell became jealous of Nina right away. Peter belonged to her.

Our villagers consisted of centaurs, pixies, elves, ogres, gnomes, nymphs, and other fantastical creatures like mermaids and witches. They were all eager to get up and personal with Peter, the golden boy who never wanted to grow up. So naturally, this angered Tink more and more.

Those like Nina and Bee and other fairies consistently win because they knew what they wanted.  They see it, feel it, and experience it in their minds and hearts. Nina wanted Peter, and Bee wanted to be pretty like Nina. Tink wanted to be loved by her sisters. Nina was a true redhead, courageous, bold, and temperamental.  She was part human and part nymph-like, our mom. She was about four feet tall, thin, and busty. Nina took after our mom, a flirter, a siren, and a flower child.

A nymph is a mythological spirit of nature imagined as a beautiful maiden inhabiting woods, rivers, and mountains. They are human-like female species. They are considered divine spirits with a benevolent nature. Fairies like Tink are small imaginary being that has magical powers. They are very tiny, approximately a size of a thumb. They can either be male or female, regarded as wise creatures and benevolent. The evolution of fairies runs from bad luck to good luck over time.

Nina and I were like two peas in a pod. I was four feet tall with long chameleon green hair.  I am not a follower like Nina, but I am a leader. I am popular with all our charges, delighted to have Peter and Tink here. I looked like pops; he was the present God of the Nymphs and part human. With his green mane of hair, he took on the looks of a female lion. Because he was part human, his statue was manly. He was very nurturing among the many who found their way here. We were taught to be kind to all lessor magical entities which can be found living near us.

Tinker Bell recently brought us a new group recently called the Shadow fairies. The only thing she would say about them is that they needed us more than we needed them. These fairies are sometimes mischievous and would rather be within the woodland, on some wild and winding way, to have a talk with solitude and see what it has to say. Sorry, I burst into rhyme on and off in the day.

The Shadow fairies would rather be where the misty willows go to stand down by the stream, dipping their toes into the water, and dreaming their shadow dreams. They’d rather be upon the meadow when the fireflies come to play. They were always watching the sky run into scarlet at the end of such a day.

As time lapses, we all could hear the Shadows song,

It is finally morning, thrush will call, from brambles hedge, or garden wall, sing he must, and sing he will, though even to a silent hill, and be there like echoes. Hereafter, they will forget the day but not this song.

Nina escorted Peter to the park the first day, where all the Tinker Bell and the other fairies were singing and splashing in a cool lake nearby. Tink quickly left the group and flew to Peter and Nina. She started pulling Peter’s hair and pinching Nina.

“Ouch,” said Nina. Peter, can’t you get that Tinker to stop pinching me?”

Peter shook his head and laughed. “I’m her’s, she thinks.”

Later at the park, some of the younger kids who were human-made fun of the way some of the fairies were dressed in leaves. Fairies had no fancy clothes, name-brand jeans, t-shirts, or tennis shoes.

The magical creatures knew they didn’t dress to impress, and they laughed at the kids.  But Tinker Bell saved the day magically. She loved to do good things when no one was watching. By noon, everyone wore Levi blue jeans, Old Navy shirts, and varied name-brand shoes. Wahoo, however, the kids hardly noticed because they were busy having fun.

They had the most fun chasing ducks, swimming, and throwing rocks at leaping lizards and squawking geese. All the while, the slippery green frogs were belching a symphony of, “Ribbits, the ear can hear no sound, Ribbits, the mind can only hear the truth, Ribbits, the heart hears only its own voice.”

“I am me. The best I can be,” says the Heart, “If others tell you, you have potential, that just means you haven’t done it yet.”

Most of the fairies were also shapeshifters and could turn into almost anything, even hummingbirds, at a moment’s notice. Then they fly around the children with speedy wings, dropping fairy dust, keeping them light on their feet, jumping high, and lifting a bit at will.

The male Brownies are small male creatures, between one and two feet tall, who take residence with their assigned human. At night the Brownies cooked, cleaned, and mended for their assigned human, and Peter joined in. Peter taught them to look for pearls in the oysters they could later give away as gifts.

However, due to their mischievous nature, they may chase off anyone who they feel is threatening, like neighbors, friends, and even family members.

Bee was very talented in many ways, but she often thought, “Who could love such as I? My neck was so short, and most believed I had none at all. I always felt like I had two reflections that hardly happen much too much to anyone at all.  So having two reflections is rare, we can agree, but that seems to be the very thing that is happening now to me. And that makes me wonder most about the how, the why one of them is smiling, while the other one is not?” She often thought when in these moods, Mirror, Mirror, on the wall, who’s the fairest of them all?

The ogre called out, “For myself, I’d be called Shrek.” They all laughed.

“No, I’d rather be a puppy,” said one ogre. There is no psychiatrist better ­- than a puppy licking your face.”

They all shouted, “Wahoo, make us one of the 101 Dalmatians

and give us each a child to lick.” The roar of laughter.

One of the elves called out, “Hey guys, an elf should be called Santa. He’s the biggest elf of all.” Laughter all around.

A donkey was grazing nearby, began yelling, “Hey, guys, I’d be Shrek’s donkey, wahoo. Yep, I’d be a movie star, maybe even get me a Dragon chick and have some chicklets.” They all roared.

An ogre called out to Peter.  “How about another word game, ok?
“Okay. If you could win a lifetime of anything you desired, what would you choose?” said Peter.

For me, said the squirrel, “I’d want a lifetime of trees that grow nuts.”

“Not so surprising a squirrel would want nuts, ’cause he’s nuts.” said the ogre.

A shriek from a goat who spied the group fainted on the grass not far away. His legs were reaching for the sky, and when he finally woke up, he called out. “I’d like to have a lifetime of nose salt to wake me when I faint.”

One ogre said in parting, “Some say we’re not too deep, even naïve, and unsociable. Whosoever tries to cross us might find us quicker and meaner.”

“Aww,” another series of laughter.  See you later said the alligator, tipping his head to the others and flipping his tail before diving deep. He was not wanting to cross the real monsters of Willawikki. It looks like we have our work cut out for us for years to come. Wow, isn’t our life fun?

Nina was a teacher.  In her class of children fairies, she was discussing “shapeshifting.”  It is mostly used for protection when in danger. Nina said to the group, “I have been a stick, a little fish, a bird, a big bear, a tree, a stream, and many other things.” Then she read them a children’s fairy tale.

Jack and Jill went up the hill, with a cup of fairy dust, hoping not to spill,

And both flew down the hill, with Jack landing on a bunny that mystically turned into a bear. They didn’t care, but both hooped and hollered and laughed. Jack hoped the bear wasn’t hungry. The bear hoped Jack was friendly and had no gun.

Jill turned into a cardinal, red and bright, landing on a flowering tree, scaring a cat who was licking his lips, looking for a good meal.  Afterward, both Jack and Jill shot down the passage to home like rockets giggling all the way.

“What a great day,” Both agreed, and both caked in dirt and smiles.

Dirt, O dirt, O virtuous dirt,
Mud and silt and sand
It’s found on our clothes,
Between our toes and up our nose,

And often is found on the hands,
But dirt, O dirt, without righteous dirt,
Just where would we stand in this
topsy-turvy magical world!