“Ok, I’m ready to tackle this beast,” I proclaimed, and I ripped into the shrink-wrap.
After the bird was fully exposed, I noticed the corner of a bag sticking out of his rear end.
“Hey, somebody hid something inside our turkey,” I exclaimed.
Maggie came over to take a look. “Oh silly, nobody hid anything. Those are the giblets.”
“The what?”
“Giblets! You know, some of the inside parts of the turkey.”
“What am I supposed to do with them?”
“Well, I think you can make things with them, like stuffing and gravy.”
“Hold on a minute. I don’t EVER remember Grandma putting giblets in her gravy. That just doesn’t sound right.”
So I dried my hands, grabbed my dictionary and looked up ‘giblets’. According to Mr. Webster, “giblets are the edible offal of a fowl including the heart, gizzard, liver and other visceral organs.” 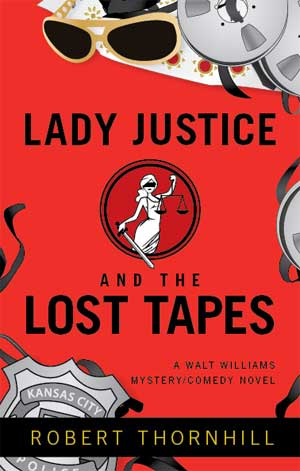 I nearly fainted.
“I’m sorry Maggie, but no giblets will ever be eaten in my house or in my presence. I hope that’s not a deal breaker.”
“I think I can live with that,” she replied.
I returned to the turkey, shoved my hand up his butt and pulled out the bag of giblets. For curiosity’s sake, I cut open the bag to take a look.
I shouldn’t have done that. There’s just some things that ought not be seen.
Sure enough, the inner plumbing of Tom Turkey spewed forth onto my countertop — and something else too.
A stiff piece of grisly meat about six inches long sat there staring me in the face.
“Holy Crap!” I exclaimed. “Come here and look at this! That looks like — No! Surely they wouldn’t put a turkey’s —– in the bag!”
“No, silly” Maggie replied. “That’s his neck.”
“This is just WRONG in so many ways.”

After disposing of the offending offal, I turned my attention to the cooking instructions I had pulled off the Internet.
“How To Cook A Turkey in 3 Easy Steps.”
Step 1: Preheat oven to 325 degrees and select a 3-4 inch-deep roaster pan with lid. Cooking time: 15 minutes per pound.
Step one seems pretty easy.
Step 2: For golden brown skin, spread butter evenly and season to taste with salt, pepper, garlic or rosemary.
No problem.
I dipped into the ‘I Can’t Believe It’s Not Butter’ tub and under Maggie’s watchful eye, started lathering the bird’s ample breasts.
“Hmmm, this feels kind of good,” I murmured and gave Maggie my ‘sly, whadda you think’ look.
“Don’t even THINK about it, Buster,” she shot back.
“OK, OK, I’ll be good. Can you get me the salt and pepper and see what’s in my spice rack?”
“Nothing here but crab boil and taco seasoning. But you do have salt and pepper.”
“Well it says ‘season to taste’ and we both love tacos. How about we make Mexicali Turkey?”

I’ll bet nobody’s tried that before.
So I liberally coated the buttered breasts with salt, pepper and Old El Paso, and he was ready for Step 3, bake and baste.
“What about the stuffing? Aren’t you going to make stuffing?”
“O yea, stuffing. I almost forgot. How do you make it?”
Seeing the blank look on Maggie’s face, I muttered, “Well, back to the Internet.”
After an exhaustive search, we discovered there were two methods of stuffing preparation, pan and bird.
We went back to the kitchen and took a look up Tom’s rear end.
“Isn’t that where the offal came from?” I asked.
Getting an affirmative nod from Maggie, I made an executive decision on the spot.
“Pan it is!” I said.

Maggie didn’t argue.
Besides, I can’t ever remember my grandma digging stuffing out of the turkey’s butt.
Satisfied with our preparation thus far, we plopped the bird in the oven and turned our attention to the stuffing.
“OK, it says to chop up onion and celery and sauté in melted butter. Let’s see what’s in the vegetable bin.”
I had an onion, but the only other green thing was a head of lettuce.
“Aren’t celery and lettuce in the same food group?” I asked. “I mean they’re both green and both a vegetable.”
How can you argue with logic like that?
So we chopped up the onion and lettuce and while they were boiling in the butter, we checked out the next ingredient, bread. More precisely, stuffing bread.
“What’s stuffing bread?”

Another blank look.
I checked the breadbox and found a loaf of Wonder White Bread fortified with vitamins and minerals.
“If we use this in our stuffing, doesn’t it then become ‘stuffing bread’ by definition?”
Again, how can you argue with the logic?
So we cut the Wonder Bread in little cubes and added them to our boiling vegetable mix per the instructions.
Next step, ‘add two cups of stock’.
“What’s stock?”
“Well, I think it’s some kind of meat juice or gravy that comes in a can. I remember seeing cans of ‘beef stock’ and ‘chicken stock’ on the grocery shelf next to the soups.”
We looked in the cabinet and found a can of Campbell’s Beef Barley soup and a can of Campbell’s Creamy Chicken Noodle soup.
“Since this is a fowl dish, I vote we go with the chicken noodle.”

More culinary logic.
We opened the can and sure enough there was a creamy liquid.
“Looks like stock to me,” I said.
“Are you going to drain it?”
“Why? Aren’t bread and noodles almost the same thing? We’ve got a huge crowd coming today. This will add a little more body to the dish.”
So into the pan went the soup.
The final step was to add poultry seasoning.
Having already exposed the deficiencies in my spice rack, we knew the only thing left was crab boil.
We looked at each other.
“What do you think?”
“Well, it’s going to be pretty bland without some kind of seasoning.”

So into the pot it went.
After mixing the gooey mess, we plopped it in a baking pan. Ready for the oven.
So far, so good.
The remainder of the morning was spent with last minute cleaning, showering, shaving and make-up sandwiched around our hourly basting duties.
The directions said to remove the lid during the final hour of cooking to ensure a golden brown skin. So off came the lid.
Our creative recipes had produced a rather unusual aroma that permeated the apartment. There was the essence of Taco Bell laced with a hint of Joe’s Crab Shack. Not exactly what I remembered from Grandma’s kitchen.
By 12:30, it was time for the bird to come out of the oven.
Beautiful!
Guests would be arriving soon, so it was time for the final preparations.

Then it hit me.
GRAVY!
I can’t ever remember a Thanksgiving without turkey gravy.
OK, think. How did Grandma make gravy?
I remembered seeing her add three ingredients, milk, flour and the greasy stuff out of the bottom of the turkey pan. We have all of that — I think.
We pulled Tom out of the pan and several inches of rich, greasy turkey broth covered the bottom of the pan.
I went to the cabinet to look for flour and came up empty. I couldn’t remember when I had bought flour. I don’t bake.
But there on the shelf, next to my Top Ramen Noodles was my answer — Aunt Jemima.
OK, so it’s pancake mix, but flour is flour, right?
I kept dumping Aunt Jemima in the turkey grease until I had a thick brown paste. I put the pan on the stove and added milk. I was ready to cook it down to a rich smooth texture. It made my mouth water.

At last everything was ready.
Our guests had arrived, each with their own special dish, and sat expectantly awaiting the holiday feast.
I looked at the food on the table: Mexicali turkey: Wonderbread crab paste: Aunt Jemima gravy; hockey puck rolls, chitlins, and enough pumpkin pie with strawberry Cool Whip to feed the Mormon Tabernacle Choir.
And, of course, we had the perfect wine paring, Arbor Mist. It goes good with everything.
Not exactly the traditional Thanksgiving I remembered from my youth, but I wouldn’t have traded it for anything in the world.