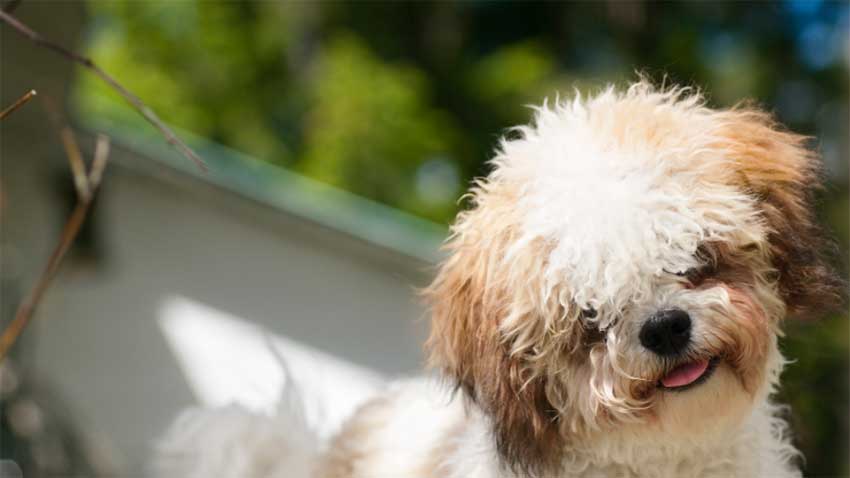 We live near the Cleveland Circle Reservoir, which is a state park.

I let her off her leash there because, after lots and lots of training, she comes right back when I call her. I like to give her as much “dog” time as possible, and I’m most content when watching her enjoy herself, but when I see her dive towards the ground, long graceful neck first, I know she’s got something dead.

“Leave it!” I call, but she’s too far gone. Somewhere inside that goofy little house pet, there’s a wolf that needs to cover its tracks so its enemies cannot track it. The best I can do is to get it away from her. I hobble over. I wear a cast on my right leg. There’s no point in it, meaning that nothing is healing in there, but it’s too awful to walk without it.

She’s rolling in a mouse’s little corpse, transported. Using a stick, I pop it away from her, knock it as close to the water as possible. She gets a good scolding for not listening, but I can see in her eyes that she can’t help herself. And I think, Fair enough. That was a really good corpse.

– Would you like to go to a shelter? I ask her, but she doesn’t get the joke. Or maybe she does, and she knows I’m too far gone; nothing could make me lose her now, except for my own carelessness and an extraordinary level of distraction brought on by intractable fatigue, terrible pain, the 12 or so diseases I have acquired and the 27 medications I take.

On the afternoon that she was almost killed, we headed out in our usual discombobulated state. Our friend Moxie, a Shih Tzu/Bichon mix, was with us. First, I went back for my scarf. Then, for my crochet, in case I had time to work on it later. Then for my Transportation Access Pass – a discounted pass for the disabled passengers on the Boston transport line. I locked the door; then, the two dogs waited patiently in the hallway while I unlocked the door another time and went back in for some water.

After going back one more time for dog treats, we headed out. I asked the trainer if that would make the dog crazy – this “six trips back in” all the time, but she told me that dogs get used to what they are used to. Grace doesn’t know some people make it out the door on one try (show-offs).
Right before we left, I had checked my temperature. Slightly elevated. My right ankle and foot were throbbing, though I’d taken one and a half Percocet half an hour earlier.

Sometimes, it takes at least an hour to help. Some days, it just doesn’t get through. My glasses felt as if they were crooked. Some days they are, and other days it’s my eyes that are off. Fairly often, the left eye blanks out completely for ten minutes, and I have to walk around winking till I’m back to two eyes.

Grace and I live on the fourth floor of a twenty-eight-unit apartment building which, thanks to me, I must admit, has a lovely garden in the courtyard where there used to be a trash heap. The only problem with the area is that it is perilously close to the colleges. It makes for a lot of drunken late-night parties. Grace only barks at shopping carts, garbage bags, and drunken college boys.

She loves drunk college girls; they’re sloppy and emotional with her: she’s the most gorgeous dog in the world; she looks like a muppet; they miss their own dogs so much, oh my god, etc. She spots them a mile away and topples onto the sidewalk for a belly rub. It’s not a bad neighborhood, though, and it’s good for me, as it’s close to transportation of every kind, which is nice when each step hurts. I hit our cranky old elevator button and we get in.

As the elevator groans to a start, I lean against the wall and close my eyes for a moment. I’m already tired, wondering what the fever is about, wondering when, if, I’ll get the cast-off, because snow is coming, and it only has a bit of foam at the toe. I’m worn out already, though I haven’t done much, so there’s no particular reason for my terrible fatigue, except that I’m always terribly fatigued, and I have several hours of baby-sitting ahead. All I’ve done so far today is call doctors and medical personnel.

Can I get the TENS unit (a small neuro blocker that can distract the brain from a pain source) from the dealer now that the insurance company has finally approved it? Can the folks at Faulkner pain clinic send a fax to my primary care physician with the notes from the last visit, at which time we discussed a narcotic patch that would deliver more consistent pain relief than the up and down all day of Percocet or Tylenol?

Does anyone have any free samples of Lamictal because, somehow, I lost them (not the bottle, just the pills) and my insurance doesn’t have a replacement policy.
Like that. That’s normal for a Monday.

Perhaps it was the two red leashes that caused the problem. I’m not sure, but I didn’t see that Grace’s leash was not completely inside the elevator until it was too late. Awkwardly, I swooped down to grab it, but the elevator was already moving. Her leash was dragged by the elevator’s motion to the side of its door. She was swept up and dragged all the way up to the top of the door.

She was dangling by her neck, her head smashed against the corner. I screamed and reached for her. She was too high for me to get at her collar. I tried to loosen the hook but couldn’t. I’m only five foot zero, and I’m not a good jumper. I jammed her up, trying to ease the pressure on her neck so she wouldn’t be strangled. She yelped. She was dying. Her neck was broken.

I had time to picture us in the elevator, me holding her lifeless body, keening. Two years of my life, and a love that surprises me every day. More work than I could have guessed at. In some ways, the most extraordinary gamble I’ve ever taken and had won beyond deserving, and I could not reach her. I didn’t have the time or the presence of mind to hit the emergency stop button, or I thought it would just make it worse. I can’t claim either one for sure. I did nothing useful while my little love, ma bahby geeerl, died just above me.

When I was sure I had lost her, the elevator hit bottom, the door opened, and the two of us tumbled out. We hit the floor of the lobby, somehow touching each other. I landed hard, she landed beside me, nearly beneath me, then she popped up and ran to me. We rolled on each other, all paws and hands. I grabbed her. She had a bit of blood on her neck where the clasp from the collar had dug in.

She jumped away from me and ran all over the lobby. When she noticed that I was crying, she came over and licked at my face, which is what she usually does if I’m crying, even if she’s the one who made me cry by being annoying or not peeing within a reasonable time frame at 11:00 pm on a freezing cold night.

After a moment, I ran her outside, thinking she needed fresh air. My neighbor was on the garden wall. I tried to tell my neighbor what happened while Gracie crawled up on my shoulder, her parrot spot, her safe zone. She’s entirely too tall to fit up there, so it looks ridiculous. I could feel Grace’s heart racing against my neck as I rocked and kissed her through her little sweater (she hates sweaters).

I tried to move her to my lap so I could get a look at her, but she refused to come down off my shoulder, wriggling up higher whenever I tried to lower her. My neighbor was petting her, checking her legs and body for lumps and breaks.
– Gracie’s fine. She’s not hurt.

It began to seem that my neighbor might be right. I couldn’t see Grace’s face, but I could feel her, and she was alive. She was clinging to me for comfort, not knowing I’d been the problem. The leash was too high, too thick; I was too short, too weak. I was sore the next day, but she probably was, too. She was not crying anymore the next day, but I was.

She spent the pandemic year writing her new full-length play, Cape Haven, a story of a family whose members are forced to re-define themselves. Full-length plays include her “one woman show for three or more actresses,” Theresa at Home (Boston), More Than What (Boston), a collection of short, intertwined plays, My Heart & My Flesh (Boston, Sonora, CA) and Globus Hystericus (commissioned by Theater Emory, Atlanta). She has written over a dozen 10-minute plays as well as some one-acts, screenplays and short stories. Her memoir, What Else But Grace, was recently completed. She has a M.A. in Playwriting from Boston University and a degree in Theater Arts from The University of Massachusetts at Boston.

Angelica Pastorelli Aug 1, 2011
Comments and Critiques Authors and aspiring writers frequently muse on how to get their work read, reviewed, and…
Society