“Welcome Heroes! Come in, come in. Find a seat. Welcome.”

Four hundred new Space Marines filed in and took seats in the auditorium. Bringing it to near capacity. Either it was me or they were getting younger each year.

“Ladies and gentlemen, my name is Col. Slater, Gerry Slater.” I heard the murmurs. They had studied me and others like me. “Yes, I am the one from the Rocer Penal Colony. Settle down.” 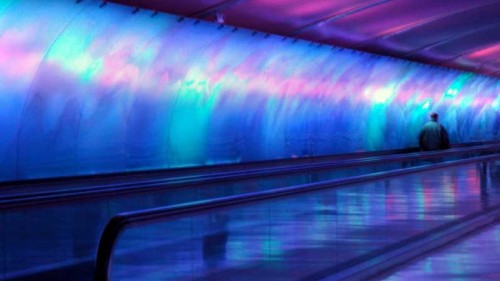 “Let me start by reading a quote, it goes, ‘Come then, and let us pass a leisure hour in storytelling, and our story shall be the education of our heroes.’ That quote was by Plato in his The Republic. I am here to tell you our story, to educate you new heroes.”

There were a lot of murmurs. Once the noise settled I started the brief. “Look around you, four hundred out of more than five thousand who started the training two years ago. Four hundred of the best of the best. You were all selected to be Space Marines. Not Army, Navy, or Space Force… Marines. You were all warned. We tried to beat it out of you, we tried to get you to change your minds, did you listen? No, you four hundred fools wanted to be Space Marines so bad you didn’t listen to us. Fine, it is graduation day and you are now officially Space Marines.”

After the cheers finally quieted down I asked, “Who can tell me what our motto is?” They all new it, they were all indoctrinated.

“Private, stand and state your name.” I pointed to one at random.

He stood to attention and said, “Sir, Private Gifford. Our motto is ‘Bend Hell, sir!'”

“Very good. Now what does it mean?” I asked.

“Sir, it means we will go through hell to complete our mission, sir.” He had just a bit of questioning in his voice.

“Sit son, close enough.” I waited until he was seated. “It came from the first mission. The bad guys promised to send all of the Marines to hell. When asked after it was over, a survivor said they had to tell the devil to replace the gates to hell, we bent them getting out.” It got the appropriate chuckles.

“People, I can’t butter it up. I can’t sugarcoat it. They didn’t do it to me when I sat where you are right now and I won’t bullshit you. You, those who sit in front of me, you all will be hero’s. Every damn one of you. Unfortunately most of you will also be dead. Oh, I know, we gave you all the stats, all the odds, but at the time they were among hundreds of others. Like weapon stats or mine stats, or hit and miss stats. Just more numbers.

“I wonder. Raise your hands, how many of you realized you were signing on for the most decorated, most revered, most cherished, group of military in our known universe?” I asked.

Almost all raised their hands.

“Fine, now, how many also knew it was nothing more than a bunch of suicide squads?” Surprisingly a few did raise their hands. I pointed to one girl. “You knew?”

She stood, “Sir, Private Sloan. Yes sir. My Aunt died on the Moon rescue mission. My Father died on the Slater Rebellion. Ten go in, few come out.”

“Aaa, now I place the name. Those were the Space Rangers. Which brings me to the next phase. Separating 200 of you into the Space Rangers and the rest to normal Space Marines. Only difference is the Rangers are advanced tactical squads of only ten people. Problem is they are seldom followed by anyone. Ten in and as she says, many times only one or two out. The rest of you will get cushy soft jobs like Assault Force One. You will have the honor of being targets as you storm impossible defenses and take them down.”

The same girl raised her hand again, I called on her. She snapped to attention, “Sir, We all know you were a Marine Space Ranger, one of the two survivors of Rocer Penal Colony. Is it really as bad as they say? I don’t mind dying if needed, but we heard some rumors.”

“Rocer was a penal mining colony that was taken over. My team was lucky, only 7000 combatants thought to be about. The air was not breathable, the water not drinkable. My team survived in that environment for more than six months and succeeded.

“Young lady, What you heard probably was not exaggerated, if anything it was softened. Our number one was severely wounded, she managed to get into a hole. She finally was in contact with us but it was too late, we could not find her in time to get oxygen to her. We never found her. She was out of oxygen and she knew she would die. You want to know her last request?”

“Talk to me, I don’t want to die alone.” I looked at her. “She died as bravely as any, a true hero, yet her only wish was to not die alone.

“Of you four hundred, many will die on some forgotten planet, some hell hole out there deemed worth fighting over by politicians who see you as nothing but numbers, expendable slabs of meat. Fine, it is what we do, but be like her, try not to die alone.”

A young boy, well, he looked it, raised his hand. I called on him. “Sir, Private Cooper. Is there some significance to not dying alone?”

“Yes. In a way. As a Space Ranger, part of a tight little team, you live and die on your abilities and luck, or lack of it. If you die alone, who is there to morn your passing? Who is there to tell of your heroic deeds? Who is there to give your death meaning? You joined to prove yourselves to the world and to each other. You want to be the hero’s. You think you have what it takes. Fine, I did once as well. But if there is no one to tell, did you win or lose? Did you make hero?

“People, for each mission like mine on Rocer there are four or five where teams went in but no one survived. Sometimes we have enough data to figure out what happened. Sometimes we don’t, if we don’t, no one knows the hero’s. One other and I were the only survivors. She is now my wife. We tell the tales of the heroes of our team who died. That is what is meant by ‘Don’t die alone’.” I watched them, some understood, some were confused.

Soon there were just two hundred people left. “You two hundred are the cream. You rose to the top. It means you get the status of the elite Space Rangers and get to wear the badges on your shoulder. Be proud but remember, it just means you are the special targets. You will be despised and feared buy every lowlife in the galaxy. All know our motto and all know we deal death as easily as they deal cards. They fear you, believe me, I know, they fear you far more than you will ever know and that is why you exist. Feed on their fear, nurture it. Show no emotion or mercy because they will show you none. As you already know, the teams are balanced, male and female, if you can’t figure out why then resign.” There were a few snickers.

“Sargent, time to have them pick the teams and give them their assignments.”

“Yes sir.” He started rattling off ten names at a time. Each group was filed out until only ten remained.

“And then there were ten,” I said.

“Ladies and gentlemen. Until you die these people are your life, your death. They are your lovers and your friends. You ten were the top ten in a field of over five thousand. Be proud, but don’t be arrogant. I was one of you, the top ten. We were immediately shit on and now I am about to shit on you.” I watched, they all new the drill, wasn’t anything new. “Lights.”

“To be hero’s you need villains. Unfortunately, we have no shortage. These are your villains. Almost two thousand cutthroats, all members of a cartel called the Brothers of Anarchy. Dedicated to the overthrow, by any means, of the established governments of any world. They took control of a new Fission/Fusion plant in the Epsilon sector and are threatening to blow it up unless demands are met. What the demands are does not matter, we never negotiate. Find a way in, secure the reactor, and destroy every one of them. If you can save the hostages fine, if not it is not a primary concern.

“Why is that sir?” A private asked.

“Necessity son. If it becomes a concern we compromise the mission. We aren’t sent in to be anything but death dealers. Killing is our only mission. Space Rangers are the last resort and mercy is not a word in our vocabulary. Mission one, Secure the asset. Mission two, kill all hostile combatants. People, there is no mission three. Now, if no other questions draw your numbers and remember them. Your number one has already been selected. Draw your kits and be ready to leave in the morning.”

We pretended that each squad had twenty members and communicated over coms as numbers to confuse the enemy.

Private Sloan was in the group. As they filed out, she came up and looked at me. “Don’t worry sir. We really do know the score.” She took her hand and wiped away the tear in the corner of my eye. Saluted, spun, and walked away, most likely to die.

My wife came out from in back, the only other survivor of the Rocer Colony Ranger team. She had tears in her eyes too. I told her, “I really don’t know why you insist on being here for the graduations.”

“I look in their faces and wonder how we handled it. I want to remember them, to someday write of them because, as we both know, so many will die alone. Out of those two hundred less than twelve will live through their first missions and less than three of those their second.”

I told her, “I had to insure they all knew they would be heroes, never a doubt. What bothers me is so many will be dead heroes.”

“Gerry, when you and I went to Rocer we knew we’d not come back, yet we did. Some of them will also. Among them will be one that may someday take your job. To tell them to be heroes and not die alone. To know they go to their death, sent by us that went before.”

“Dear, it sucks, it really sucks.”

“I know dear,” she said. She took my hand as the lights were turned off. “Let’s go home.”

I remember the General setting the nukes on Rocer. “Bend Hell, Sir!”