I thought this case would be easy.  It was anything but.

I’m on the train traveling from Berlin to Darmstadt to meet with a Volkswagen executive, who wants me to find his daughter missing in New Orleans.  I like the idea of going to the carnival, maybe even a masked ball.  Sounds intriguing. 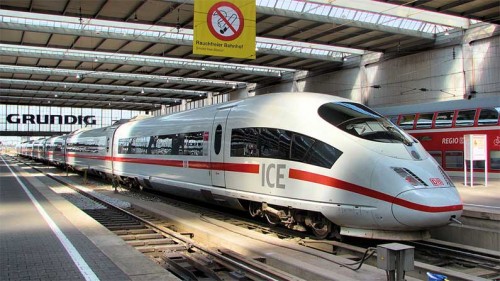 Please allow me to introduce myself.  My name is Wolfgang Amadeus Heinz.  My first two names were my mother, who always won.  I grew quickly, so I was not bullied.

My father wanted to name me Walter because we lived in East Berlin, and my father thought it would help me if I were to be named after the first head of Communist East Germany.  I don’t see myself as a Walter, and I think I have a much more interesting personality, than the dull Walter Ulbricht.

When I got older, I told my father, he was just ass kissing Jutta Schmitz, the Stasi mole, who lived down the block.  She was another influence on my charmed existence, which I have great fun with.  I am telling you this so that you can see my sarcasm.  Nothing special about that.  We Berliners are famous for that.

I’ve since learned, my surname Heinz is well known in America for having fifty-seven flavors.  I may expand on that.  Better that, than my waistline.

I’m doing two things I don’t normally do today.  Take the train, and travel to Volkswagen.

We have perfectly adequate trains in Germany, but I normally like to test the limits of my Mercedes on our wonderful Autobahns.  As good as the Autobahns are, I hate to praise them too highly as they were Herr Hitler’s idea.  Enough said.  Berliners also hated Hitler the most.  Thus endeth the history lesson.  For now.

My friends convinced me to take the train, which it turns out to go to Darmstadt is faster than the Autobahn.  I do want to get there.  Mercedes is the reason I don’t regularly go to Volkswagen, but you probably already figured that out.

I’m using the train trip to prepare my questions, but I’m antsy.  I’m drumming on the paper and tapping my foot, nervous habits I don’t normally have.  I miss my car, and it shows.  I would ask the train conductor if I can drive the train, but they will say no, not on Deutsche Bahn, and it is no fun anyway.  No lane changing.  When you grew up on Trabants though, it is like having the worse cut meats and now getting the best.  Hard to go back.

I arrived in Darmstadt and took a taxi, to Volkswagen headquarters, making sure, the same taxi would bring me back to the station later.  It was a cloudy dreary morning.

I was shown into Herr Albrecht’s office.  A small well-groomed dark haired man showed me to a chair.

I attributed the nervousness to his situation, but I also realize with my height and demeanor I can have that effect on people.

A secretary brought in coffee and cake and I got started.  “Herr Albrecht, tell me about your daughter and why she went to New Orleans.”

He sipped his coffee his face showing a poor attempt at controlling his fear.  “Herr Heinz, my daughter was always a dreamer.  My mother bought her a National Geographic when Suzanne was a young girl, then got her a subscription.  I saw some of the issues, as not appropriate, for a young lady, but my mother would read them with her and discuss the articles.”

“National Geographic is a highly educational magazine; your mother could do worse.”

“I didn’t want my daughter to get that kind of education!”  Herr Albrecht snapped.  He seemed to be a man with his last nerves being like walking the plank, with someone sawing the plank behind him.  The outburst seemed almost hysterical and out of proportion, except, he obviously cared for and was nervous about his daughter.

“If you were concerned, why did you allow your mother to keep up the subscription?”

“I cannot go against my own mother!”

I made a mental note; I would need to interview his mother.

“I understand Suzanne was attending the University of Gottingen.”

“Yes, she just graduated, with a completely idiotic major, Anthropology!  Now, she is going to those places, she sees the pictures of in that magazine!”

I sighed.  “Herr Albrecht, what did you see as an appropriate course of study for Suzanne?”

“How to run a household and be a proper wife!”

“I see, barefoot, pregnant and in the kitchen.  Doesn’t happen much in modern Germany.”

Herr Albrecht was almost in tears.  “Herr Heinz, she needs to come back to her family.  There is a proper young man waiting to marry her.”

“Is she engaged to this man?”

“Not yet.  His father works with me at Volkswagen, and we grew up together.  The idea of uniting our families formally has always been there.”

And I thought royal marriages in Germany were a think of the past, I thought to my sarcastic self.

“What does Suzanne think of him?”

The answer startled me but said volumes.  “She will come around and see her duty!  Your job is to bring her home!”

“Herr Albrecht, how old his Suzanne?”

I cut him off.  “Herr Albrecht, when I find her, all I can do is hear her side of the story.  If she declines to return, she’s legally an adult, and I can do nothing.”

“I want her back in Germany if she has to be dragged back!”

I can see I am going to have to teach this gentleman the facts of life.  Maybe I can up my fee.