The light of early dawn woke him as its first rays caressed his closed eyes. Today was an auspicious one for him. It was the day when he would set out on his inevitable journey.

All his life he had been preparing for this very day. He wasn’t filled with dread over it, far from it. Every one of his kind had to take the same journey. They had no choice; after all, it was expected for the sake of the species. It is the way of things. 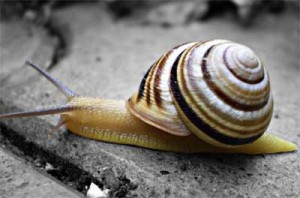 His foot touched the floor. Brrr – the air was chill. At his age, among other things, chilblains plagued him. As he stood unsteadily, despite his physical make-up, his body shivered while he now endured the cold of the air around him.

Outside his winter retreat, the world was now fully awake. Spring had finally arrived. As he made his way down the dark passageway his eyes subconsciously took in every detail one last time. He had wintered here for more years than he cared to count – time enough for most.

What lay ahead of him as he took those first steps on his journey, no one, especially him, knew for certain. He realised there would be happy times and sad. Danger was sure to arise; he was under no illusion about that whatsoever. And yet this journey was inevitable. He couldn’t simply ignore it. When one such as he reached this particular moment in his life, it was the time to go.

When he was much younger, he hadn’t a care in the world. He enjoyed the company of the many others who lived alongside him, mostly in peace. From time to time there were the inevitable arguments – even fights. But most lived like him, keeping their noses out of other’s business, not taking sides unless it was absolutely necessary for their, and his, survival.

He ate his breakfast in silence. Next he prepared for the first few days of his journey. He would exist on whatever he could find along the way. By noon he was ready to set out. Once he had left for the final time, and taken those first steps, there was no turning back. Then a problem arose in his mind. Which direction should he take? Should it be south perhaps, or maybe east or west, even north? Another problem occurred to him, to which he had no immediate answer. How long would the journey last?

He covered barely a few yards, finally deciding to head south, before…

“Nothing – just stood on a snail.”