Whammer saw it coming. That was the worst part. The anticipation

. That instant before it hit. The secret was to disconnect your brain so you didn’t tense up. Think about women. Think about sex. Think about anything except what was about to happen. If you could stay relaxed, it really wasn’t that bad.

The baseball bat had nails driven through it. The points stuck out little more than a quarter inch. But they did the trick. You’d get a nice, wet, smacky sound and a bit of a blood splatter. 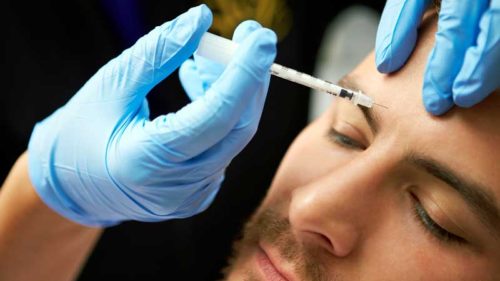 “Oh dawg, that hurt,” Whammer said to Jammer as he took a hit in the ribs on his left side.
Of course, Whammer and Jammer weren’t their real names.
Whammer was Adam Summers and Jammer was Keith Ronsen. Both were five years out of college.
Whammer had a three-year-old, whose leg muscles would seize up so bad the boy couldn’t walk.

There was a doctor who did experimental Botox therapy. Every six months, if Adam’s boy went in for a series of injections, he could live a relatively normal and pain-free life. Unfortunately, the series cost a little over $5000. Adam, who was “lucky to have a job” had some cheap-ass “we gotta cut costs somewhere” medical insurance, that wouldn’t cover the therapy because it was “non-sanctioned” or some such shit.
Jammer just couldn’t get a job. Hadn’t been able to since college. He’d heard “all the jobs have gone to China” so much he wanted to puke Chop Suey.

Jammer gave Whammer another smack, this time in the fatty part of his buttocks. He ripped the flesh a little pulling the bat out. That was gonna leave a mark. In fact, Whammer had a body tattooed with scabs and scratches and little pocks. But it was worth it.
The “Whammer Jammer Whompass Show” was the hit of YouTube.
That had led to a bit on Comedy Central and SAG cards for both of them.
It also led to private parties where they would get $4,000 for a minimum of four smacks, no more than six. They filled out the rest of the show with Whammer doing a bit of improvisational screaming and moaning

and “Dawg, that one really hurt,” kind of stuff.

Unfortunately, to give Whammer time to heal, they had to keep stretching the time between sessions. Once a month had slowly crept up to once every two months.
Jammer swung the bat and caught Whammer in the midsection, just low enough to look pretty serious when Whammer straightened up. Yea, there would be blood pooling between the legs. Sweet.
Whammer rolled around on the floor moaning and complaining. Jammer winked and smiled at him off camera. Oh, this was good stuff.
They had been offered a “straight to DVD” deal that would net them both a little over $15,000. Yeah, 15K, a piece.

Whammer spazzed around on the floor for a little while and then stood up. Perfect. There was a nice piss-your-pants shaped bloodstain right in the crotch.
Whammer talked a little about each hit and how it felt. He was good with words. Said stuff like, “that was the mother of all hits,” “sent a shock to my brain like I was strapped to an electric chair” and “it was like a thousand red-hot irons being poked in my flesh.”
This show was gonna be a masterpiece.

While Whammer was talking on camera Jammer came up behind him. The video shot was framed so the audience could see the Jam-man, but Whammer supposedly wouldn’t see it coming.
The bat, as planned, caught Whammer in the small of the back. However, Jammer was supposed to pull up a little at the last second so it was more theatrical than painful. He was also supposed to turn the bat so the side with the flush nail heads would hit instead of the points.
This time the screaming and the cussing weren’t quite so made up.

Jammer just shrugged. Surely Whammer would understand that they wanted to put a little extra in it for the DVD.
Whammer gave a little nod. He understood. That’s when Jammer swung for the bleachers and smacked the Wham-man right in the face, unhinging his jaw and shredding his cheek. My God, there was a lot of blood.

Whammer started making mumbly, gurgly screams with his ruined mouth. Jammer did a little batting practice on Whammer’s head and then went to work on his ribs.

At the last party, some businessmen had offered Jammer $75K cash if he took this thing as far as it could go, on camera. A big payday for the last Whammer Jammer Whompass show. Surely Whammer would understand. May not approve, but would understand.
Shit, times were tough.