So often, are you as a blazing torch with flames of burning rags falling about you flaming, you know not if flames bring freedom or death. Consuming all that you must cherish if ashes only will be left, and want Chaos and tempest Or will the ashes hold the glory of a starlike diamond The Morning Star of everlasting triumph.
~ Cyprian Norwid

I saw a man walking through the ruins of a city at the gates of dawn.  The dust followed his tired feet.  And he was screaming that he was fast asleep and that no one around understood that he was absolutely asleep and supine in his bed and that it was we who were the ones in a nightmare of him running through the ruined city.  We, the witnesses, were the insane ones. I agree.

Oh my kraina can you hear the sadness of the frozen feet as you walk the miles? I can hear Chopin playing in the background in the hearts and minds of the downtrodden.  But it is a song that no one else can hear, only the hearts that beat in tandem.  November is halfway done and January is ahead – we know – we who have walked the miles in our father’s footsteps – we know the dust and the snow.  We know the blood and the toil.  We have not forgotten the past, we have learned the painful lessons of history.

And so we walk the generations passing the light of the piano from father to son, from grandfather to grandson.   The human brain is evolving.  We are evolving into a state of managed duophrenos where we can have two minds, be of these two minds, have these two minds mirror each other, speak to each other and yet be one and separate at the same time.  Far from being schizophrenic – the state of duophrenos is a form of hypercognition necessary to have in an increasingly taxing world.

Just as the Eastern Europeans discovered that Orwell’s doublethink was in fact a survival-mechanism-necessity without which one could be killed during the Communist era, so future man will discover that schizophrenic diagnoses were liberally applied to many people who were simply struggling to make sense of the increasing number of paradoxes in the modern world.

Paradoxiconology has not yet become the kind of science it needs to be – but within the framework of an emergent field of knowledge, it has already identified one of the principal reasons for the endurance of magic, magical thinking, and religion.  Religion allows for magic, which in turn allows for paradox.

Science and rational thinking simply do not.  It remains to be seen whether lateral forms of thinking can make up for what is being lost with the elimination of magic in the world.   Give me a diamond and I will give you a man who tosses it into the ashes because he does not know the value of a gift.  Give me a human heart, and I will give you a surgeon who thinks it can be replaced with pumps and coils.

Give me a Saint and I will give you a doubter who demands proof and asks what makes that man better than him.   The man is running still and none may know his name.  His feet fall ever lighter on the road, and the dust is ever more cloudy and effervescent, illuminated in the light beaming from some source I cannot identify.

I begin all of a sudden – as if inspired by some mad wind, by some spirit of the ages, the forces of chaos, or the forces of the ultimate and supreme law – to feel that his vision is not only accurate but also true to the way things actually are…

I begin to feel something within my heart… beating to some tune I cannot quite make out, but in tandem to it I begin to move, to react.   “Oh my good man!”  I yell as he passes me by.  Let me run after you!   But I do not say these last words, for he has gone over the edge of time and space into a different dimension.  There where reason and rationality do not hold sway.

His world is the world of everlasting illusions dreaming reality in between the satin sheets of depravity, killing the sin within the bosom of the darkness herself.  And I know not any longer which way is out and which way is in and I find myself alone on the streets of dusty hope and dreamy cobblestones.
The lungs are full of tubercle and are eaten from the inside by slogans of the doubters and the machinists.

They re-work the phrenes into an efficient air-conditioning and ventilation system ever mindful to keep tab of all the hours they have worked on it.  But I heard that one lung jumped out of the chest of the revolutionary and took one last breath of free air to scream some words no longer comprehended by anyone before they poured gypsum all over it.  Oh how sentimental… observed the engineers.

The human mind is not a machine.  It is not a clockwork mechanism.  The human body is not a bunch of interconnected parts that can be engineered and grown in a lab – and I say this – even if they can.  For man is not the sum of his or her parts.  Man is the one who looks to the past and the future, man is the two-way mirror that can hold within his and her mind’s eye the past and the future while ever mindful of the eternal now.

Here then is the vertex of the soul.  That conceptual paradox that the human race defines as either fact or fiction depends on the mood of the times or the mood of the lexicographer.  Here then the soul screams that the universe cannot be understood unless it is lived inside out.

The world is not a machine, the world is life, and life refuses to be comprehended.  Take then this magic lantern and see the illuminated reality, here in the darkness of the cosmos, the human mind will explode and show its true colors, and only then will all men see that she – the soul – is real, a breathing spirit burning with the desire to reach heaven undefined in any atlas of the sky, to liberate the mind from the oppression of the flesh.

For the ruins of the city are the city of the world I am in.  The street I walk is the street of my life.  For now, I know that the dust is what is left of my civilization.  For it is I who have finally after all these years of being awake….  of claiming that the sleeper must awaken…

I have finally at long last fallen asleep.  I am asleep and I am at rest.  And I am yelling and yelling at the surprised-apathetic-annoyed-oblivious passersby.  All the ones who walk past me and look at me incredulously that I must be insane… that I must be the mad one.

But now I know, I know for a fact that I cannot prove, so for a faithful fact – the kind of fact that only a lungful of air can make real…

I know that I am the man who is fast asleep, and all the people around me who have witnessed my life, hear my voice, see me walking through the dust of the ruined fallen city they call home, that it is they who are in a nightmare from which they can never wake up, from which they cannot ever pass into a restful sleep.   For I am the sleeping witness.

And I offer this prayer to my namesake saint on this day…   Hear me oh past, hear me oh future, oh time and space asunder torn I am the present everlasting eternal memory I pass on my beating heart, the heart you handed me I pass it on, intact and bleeding to the newly born Hear me oh Saint Raphael and pass on my words to Him who guides us That there are still those living within the growing machine Who have not forgotten that we are organs of Your will, and what You mean Who have not forgotten that we are diamonds cast into the ashes. 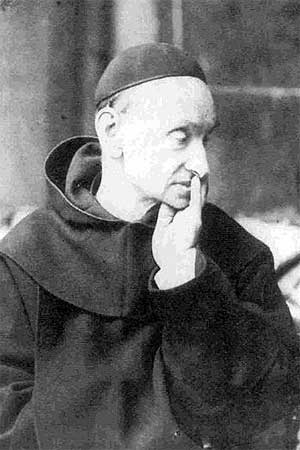 Norwid’s poem was put to music and sung by the polish singer Stan Borys – the title of the piece is “Popiól i Diament” – the poem has inspired a number of works – including a book by Jerzy Andrzejewski written in 1948 and a 1958 film by Andrzej Wajda.

Here is the poem as a musical piece