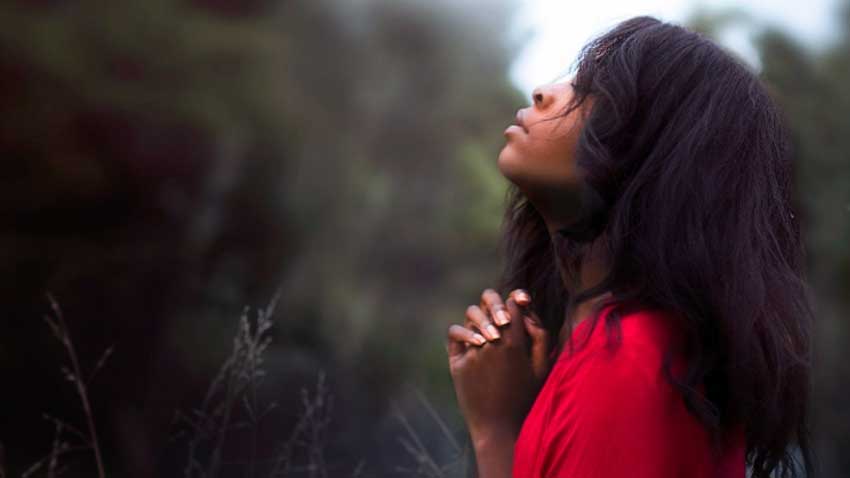 The African violets were in full bloom.  A cluster of purple radiance in earthen pots by the window-sill.  She paused and took in their plush beauty.

Each dainty petal was perfect.  As perfect as her imported chinaware.  And a comfortable life complete with a pretty bungalow in a leafy suburban neighborhood.

She was the perfect pastor’s wife.

Fiona looked up.  Her daughter Agnes stood by the dining table, in the red dress she had bought her earlier that afternoon.

Agnes let out a gleeful squeal, visibly delighted in her mother’s opinion.  She came as close to a Nubian goddess as was earthly possible.  Tall, slender, and flawless skin as dark as the chocolate leather sofas in the living room.  The dress fit snugly around her firm, young breasts and waspy waist, then skimmed over hips to settle at the knee in pretty ruffles.

Fiona was reminded of her own youth.  Glorious days passed when maintaining an attractive look was all that mattered.  Now she was at peace with the stubborn bulge that had settled around her waist.

“You have great taste Mama,” Agnes did a little pirouette, and then she was gone.  Disappearing as fast as she had appeared.

Fiona basked in the ensuing silence.  The twins would be eighteen the next day.  A fitting item for her prayer list.

Later that evening, she and the twins gathered around her husband for the daily family fellowship.

Naturally, he thundered yet another sermon, thumping his big black bible for emphasis.  Agnes was seated beside him on the long sofa, a rapt expression on her face.  She looked so much like him and yet not quite.  Her twin brother, Adam, sat across the room by himself.  Fiona took the central position, not too far, not too near.

“And this is the condemnation, that the light has come into the world, and men loved darkness rather than light because their deeds were evil,” his powerful voice reverberated around the living room, bulbous nose quivering.

For the first time, Fiona wondered what would become of this daily devotion when the twins left for college.  Would he preach to her alone?  Would he raise his voice like that?

“For everyone practicing evil hates the light and does not come to the light, lest his deeds should be exposed.”

Fiona did a quick mental review of the twins’ birthday plans.  She changed her mind about the white roses.  Too virginal.  Maybe peach or pink.  She would have to make a last-minute call to the décor company.

“But he who does the truth comes to the light, that his deeds may be clearly seen, that they have been done in God.”

And the band.  The twins wanted Afro-fusion, not gospel.  And no sermon either.  That was sure to irk their father.  She would have to find a balance.

“Now we make our requests known to God,” the pastor snapped his bible shut.  Fiona snapped back to the present moment.

Agnes went first, “I want to pray for the youth, and the leaders of the Nation as the elections draw near.”

Adam was next.  He shook his head.

“But son, you haven’t made a request for the last three days,” the pastor was miffed.

Adam kept his eyes fixed on the beige carpet.  Fiona made a mental note to have a word with him.  She made her prayer request, “I put before God the twins’ birthday celebration tomorrow, and as they turn eighteen, may God grant them wisdom.”

The pastor closed the session with a long prayer.

The party turned out to be just perfect.  A small, afternoon affair held in the back garden.  The right people had been invited.  Church elders, the committee, a few ladies from the women’s fellowship and a couple of the twins’ friends.

Fiona was the model hostess.  The food was delicious, the band up to par, and the guests brimmed with gaiety.  Agnes radiant in her red dress entertained all with a beautiful rendition of ‘Amazing Grace.’ Adam in a jovial mood chatted with his friends.

The mid-afternoon sun shone ever so brightly.  Laughter filled the air.

Fiona slipped out and quietly drove away, leaving the merriment and leafy suburbia behind her.

Twenty minutes later she pulled into a silent, gated compound.  A lone house stood at the centre.  She was greeted at the door by a stout lady in her mid-forties.

She was led to a small, simply furnished living room.

“All is well?” Fiona asked, an attempt to fill the uncomfortable silence.  She would definitely have been informed of any mishaps.  She glanced around the familiar interior, nothing ever changed.

“The twins?” her face remained expressionless.

In response, Lulu escorted her down a dimly-lit corridor.  She unlocked a sturdy door at the far end.

Fiona stepped in noiselessly, shutting the door behind her.  The only source of lighting was from two small windows, high up on the walls.  A musty smell lingered in her nostrils.

The boy sat crouched in a corner, muttering unintelligibly.  The girl was in a wheelchair, placed alongside one of the two beds.  Fiona sat on the bed and clasped the girl’s hands.

Fiona reached into her handbag and withdrew a piece of cake covered in foil.  She unwrapped it, broke it into half, and stuffed one piece into the girl’s mouth, “Happy birthday.  Eighteen today.”

Agnes remained unresponsive, dribble forming at the corner of her mouth.

Fiona suppressed the anguish creeping up inside her.  This awful secret.  A duty she must bear quietly, after all she was the pastor’s wife.  God was perfect and so must be the man of God.

She stood and cautiously approached the boy.  He was the violent one.

Fiona marveled at the striking resemblance to the pastor.  She offered him the remaining piece of cake.

In one quick movement, he sprung forward and tried to bite her.  Gnashing his teeth with such ferocity, she almost toppled over backward getting away.  The cake slipped out of her hand and fell to the floor.

She moved away from him.  Sometimes he reminded her of a crazed animal.  In such times, she was convinced she had done the right thing.  Switching up the twins.

Her only mistake?  She could never bring herself to get rid of the sick pair.  But God would take care of it.  The doctor had said they were unlikely to live beyond twenty-one.

With one last glance, she stepped out of the room and locked it.  Knowing she would carry their sallow faces and glassy stares with her.

Lulu showed her out.

Fiona paused at the entrance, “Thank you.”

The evening sun cast a warm glow on the somber compound.

Fiona got into her car and started the drive back home.  To the party.

And afterward to her pretty African violets by the windowsill.