The Next Big Thing:
Hello, I got into something interesting I would like to share with you. One of my favorite authors Elizabeth Lang, the author of The Rebels, her second in the trilogy of The Empire shared the fun of tagging with me, I did not know much about it but because she suggested it, I was willing to go along, so in her blog she just tagged me to answer 10 questions about my work in progress.

So here are my answers to the 10 questions: 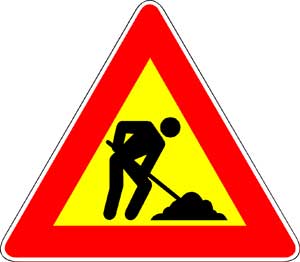 1. What is the working title of your book?

It is called Numen Yeye. It is a combination of my language and English. Numen of course means goodwill while Yeye is the general name we call elderly ladies in my tribe and specifically my dialect.

2. Where did the idea for the book come from?

That one is quite interesting. I come from the South West of Nigeria, specifically the Yoruba tribe. There is a little known concept that run deep in our psyche. The idea of my story comes from one of these beliefs. That is, certain human beings incarnate not necessarily from celestial realms but from a certain part of creation in which they come and go as they please or can live consciously in two worlds. One esoteric and the other quite mundane. Such beings are either feared, reviled or shunned by the society. My story revolves around human beings who are not really humans. Specifically it revolves around a young girl who is conscious in two diverse worlds and searches for the meaning of her earth mission.

3. What genre does your book fall under?

I would say it is a bit of African fantasy and Spirituality.

4. Which Actors would you choose to play your characters in a movie rendition?

Wow! That is kinda tough for it is typically an African story with very original stories so I might be looking for Black actors. Hmm let me see.. would probably be thinking of Genevieve for the Heroine orblast don’t really know that many African American actors except maybe Halle Berry, Whoopi and both don’t fit in for it will have to be a young girl! (laughs) not even Genevieve. Cor! I guess I will need a young wide eyed starlet to do that. For the other actors, same rule will apply. Point is the rest of the world have not heard much from us Nollywood or not I am afraid.

5. What is the one sentence synopsis of your book?

A story of African fantasy and spirituality that a young girl faces in a superstitious Nigerian setting.

6. Will your book be self- published or represented by an agency?

Numen Yeye is to be published by IFWG publishing company. A fast rising small press publishing house based in Missouri, USA.

7. How long did it take you to write the first draft of your manuscript?

It took me three months, three computer crashes and lots of patience.

8. What other books would you compare this story to within your genre?

Hmm.. Not exactly so but they are books like The concubine which explores the themes I am exploring too, the concept of spirit children or ‘mammy water.’ It was written by a Nigerian writer too, Ike Amadi, I think.

9. Who or What inspired you to write this book?

10. What else about your book might pique the reader’s interest?

Its originality. That it is almost a true story of what obtains in my culture. The reader will get to learn about a set of concept and beliefs system that is so natural to us and would be interested in its exotic and ‘ethnic’ coloration.

To Bob Dylan: Constitution of the USA