Halli is a shy, young dwarf who has no idea of her true calling. When the evil Prince Gastle sets out to detroy the world of Phantasma, Queen Laurali of the Elves comes to tell Halli she’s a Holy Paladin with the power to heal, and will join The Chosen, a group of brave warriors being sent to defeat the evil beast and save Phantasma.

Will Halli be accepted by her group, and be able to keep them alive through their adventures? Will the evil Prince Gastle be defeated, freeing Phantasma from his destruction? Only time will tell. 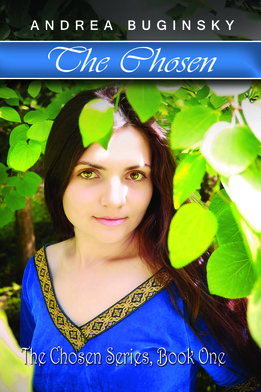 “Halli, you have a wonderful calling.  You are a Holy Paladin, with powers that can heal the sick, and even raise the dead in certain cases.  Holy Paladins are very rare, and very coveted.  To protect you, we agreed to come to Drumple to live with the other dwarves, so we could blend in, and appear to be no different than them.  We all planned on telling you of your calling when you were done with school, but as Queen Laurali has said, Prince Gastle’s attacks have made the day we tell you come sooner than we anticipated.”

Halli sat staring at her mother as she heard the tale.  She knew all about The Castle of the Elves, it’s subjects, Priestesses and Holy Paladins from her studies and readings.  She grew up hearing stories about them all.  She absorbed everything she could find and read about them.  It was as though somewhere inside her, she knew she was a part of it all.  But hearing what her mother was telling her was surreal.  She started to shake her head.

“This can’t be,” she whispered.  “You can’t be serious.  How can I possibly be what you say I am?  You know me, Mom.  I’m not strong and powerful.  I’m shy, I’m quiet, I like to be alone and not surrounded by a lot of people.  I have problems facing confrontations, and do everything I can to avoid them.”

“Halli, everything you just said are the classic traits of Holy Paladins, from a certain point of view.  They don’t get involved in conflicts themselves, but rather keep those that are involved alive from a distance.  They don’t get directly involved in confrontations and arguments.  They think things through and come up with solutions that will work for everyone.  In essence, they keep the peace within the groups with which they’re involved.  From a distance, this can make them seem quiet and shy, but anyone who knows them knows it is their quiet ways that keep this peace.”

Halli stared at Queen Laurali as she listened to her, and again began to shake her head.

“I don’t think that’s how I am.  I am shy, I do avoid confrontation.  And even if what you’re saying is true, how can I possibly do anything to help the fight against Prince Gastle?  I’m just a student!”

“Halli, this is your destiny,” Queen Laurali assured her.  “This is what you’re meant to do.  I know it’s a shock to hear all of this, but it’s your birthright.” 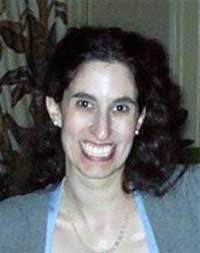 Andrea Buginsky is a freelance writer and author. “The Chosen,” a middle-grade fantasy novelette was her first book, and was followed by “My Open Heart,” an autobiography about growing up with heart disease. “Nature’s Unbalance” is the second story in THE CHOSEN series. Andrea is currently working on another series: a YA fantasy.

Expanded to include even more action, romance, and adventure!
The Chosen has been revised and expanded to give it a more polished look. You’ll love all of the new additions, including:

All of this topped off with a beautiful brand new cover.

Andrea Buginsky is a freelance writer and author. “The Chosen,” a middle-grade fantasy novelette was her first book, and was followed by “My Open Heart,” an autobiography about growing up with heart disease. “Nature’s Unbalance” is the second story in THE CHOSEN series. Andrea is currently working on another series: a YA fantasy. You can find Andrea on her website, Andi’s Realm. Her books are available at Amazon and Barnes & Noble. Remember to sign up for Andrea’s newsletter to stay up-to-date on all of her exciting events.