The student has come before his master to seek advice.  He looks annoyed and exhausted.  He kneels down and requests an audience. 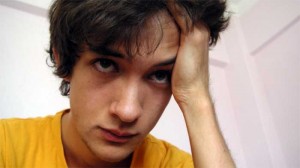 Master: Speak.
Student: Master, I met an old friend on the road out of town the other day.  I had not seen or heard from him for many years.  We were much happy to reconnect.  We had so many subjects to talk about that we made our way to the local inn.
Master: Continue.
Student: It is then that we began to argue.  At first it was just a few observations he made, and then a few observations I made and finally it was an all out debate.  Before long we were shouting at each other and insulting everything we hold dear.
Master: How long did this argument go on?
Student: For seven days and seven nights.
Master: Then it was over something trivial and insignificant.
Student: How can you say that Master?  I have not told you what we argued about!  He insulted everything I hold dear, and accused me of the worst dishonors.  I am amazed at myself that I did not draw my sword and strike him there and then!

The master leans back and lifts his pipe.  He inhales from it and then waits for a moment.  After he has pondered he speaks thus:

The student is beside himself with anger and indignation, he throws his hands up and starts to gesticulate wildly, he is almost frothing at his mouth.  He gets up and begins to pace the room muttering to himself.  It is so amusing that the master does all he can not to utter a chuckle.  He waits patiently smoking his pipe.  At long length the student utters some intelligible words.

The student thinks about this and finally lets out a sigh of displeasure.

Student: I did.  I realized how much time this was taking and I had to get back to my household.  I ended it by removing myself.
Master: See, at long last after seven days and seven nights you realized that the argument was meaningless.  For it is much more difficult for men to admit defeat than to forgo victory.
Student: But Master, I assure you, the argument was not meaningless, we spoke of the most important of things, we touched on the subject of the heavens of the earth, of art, war and tradition, surely these are not meaningless subjects to disagree about?

The master leans back again, and this time closes his eyes, he is puffing on his pipe and when he has stopped a serene smile comes over his face.

The Way – a Tale of the Master and his Student